At last, a real, old-fashioned, bombastic reveal of a new, top-of-the-line business jet. Gulfstream broke one of the worst-kept secrets at the National Business Aviation Association's convention October 21 by unveiling its latest large-cabin business jet—the G700. Oh, you should have been there. 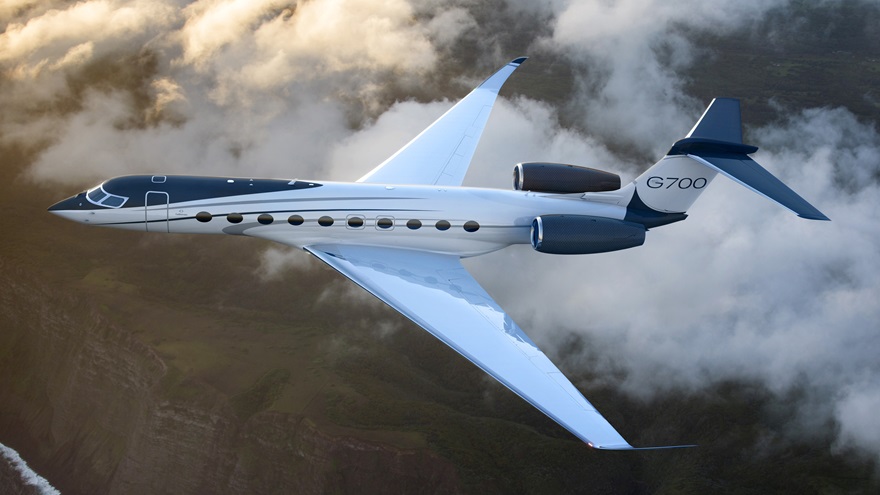 There was a light show, fog machines, a thunderous video, and finally—the multi-panel video screens all slid to one side to show a G700 fuselage mockup. A crowd of 600 or so cheered and clapped in awe. This sort of spectacle hasn’t happened in a while, given the post-2008 shudder that went through the turbine market.

Gulfstream President Mark Burns got on stage and laid it all out. “This airplane has the tallest, widest, longest cabin in the industry,” he said. The superlatives kept coming. It’ll be not just big, but fast too, with a top speed of Mach 0.925. And long range, being able to fly 7,500 nautical miles at Mach 0.85 or 6,400 nm at Mach 0.90. It'll have five seating zones; a circadian lighting system that can sunrise and sunset across time zones; a huge galley, an ultragalley, Gulfstream called it; an aft bedroom with en suite shower and lavatory; seats for up to 19; sleeping capacity for 10; and 20 of Gulfstream’s signature oval windows. Oh, and a reported price tag of—wait for it—$75 million.

Not doubt about it, the G700 is Gulfstream’s new flagship. Burns hinted that it was the first of a new series of Gulfstreams, so we can probably expect follow-on models—each one bigger, faster, and longer-legged than the one before. 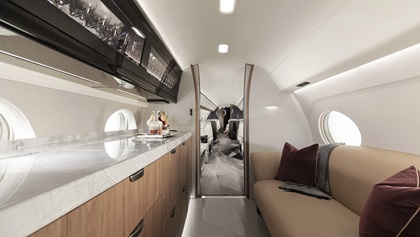 The G700 will be powered by Rolls-Royce Pearl 700 turbofans of 18,250 pounds of thrust apiece. Takeoff weight will be 107,600 pounds, and maximum fuel weight will be 49,400 pounds, or about 7,373 gallons. Takeoff distance is currently set at 6,250 feet, and max operating altitude will be 51,000 feet. Those numbers make it sound more like an airliner, but a very luxurious one—capable of flying quieter, higher, and farther than all but long-range airliners. And with lower cabin altitudes. Gulfstream says that the cabin environment will be 100 percent fresh air. No recycling of nasty airliner cabin air here.

This all goes to show that Gulfstream simply can’t bear to be second best. Full disclosure: I once worked at Gulfstream’s most hated enemy—Bombardier. Back then, I witnessed the gestation and birth of what we felt would be a world-beating design, and a break from what was then Bombardier’s traditional design philosophies. It was the Global Express. And people stood agape at its size and 6,000-nm range.

We thought we finally had a Gulfstream killer.

Four years later, Gulfstream came out with its GV. As if to say, “Oh yeah?” Gulfstream gave the bigger GV a 6,500-nm range and a max speed of Mach 0.88. And that, friends, is what really got the ball rolling in the ongoing battle of the big-cabin, continent-leaping titans. The G700 is proof that the war continues. The G700 exists to beat Bombardier’s top-of-the-line Global 6500 and 7500.

Gulfstream has already put 14,000 hours of testing on the G700’s systems integration in an “Iron bird” test rig that duplicates the real airplane’s structure and design, and completed engine runs and structural testing in preparation for the airplane’s first flight. The test fleet will include five flight-test airplanes and one fully outfitted production test article.

Customers? The G700 has that box checked, too. Qatar Airways bought 10 for its charter service, Qatar Executive. Fractional operator Flexjet signed for an unknown number of G700s in a fleet buy. 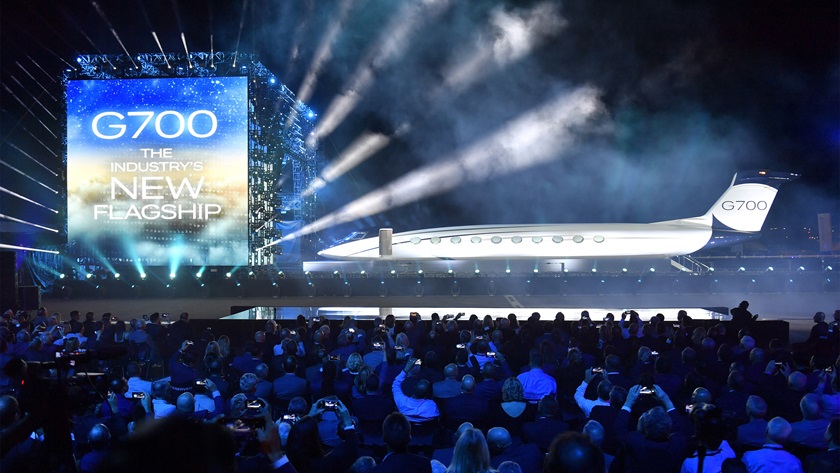 AOPA Pilot Editor at Large
AOPA Pilot Editor at Large Tom Horne has worked at AOPA since the early 1980s. He began flying in 1975 and has an airline transport pilot and flight instructor certificates. He’s flown everything from ultralights to Gulfstreams and ferried numerous piston airplanes across the Atlantic.
Go to Thomas A. Horne's Profile
Topics: National Business Aviation Association, Jet