Get the app Get the app
Already a member? Please login below for an enhanced experience. Not a member? Join today
News & Media Beyond the test

Virtually nothing in new flying students’ earthbound existence prepares them for the alien body of knowledge and skills that they must absorb in the process of becoming a pilot—from systems and regulatory knowledge to maneuvering in three dimensions. 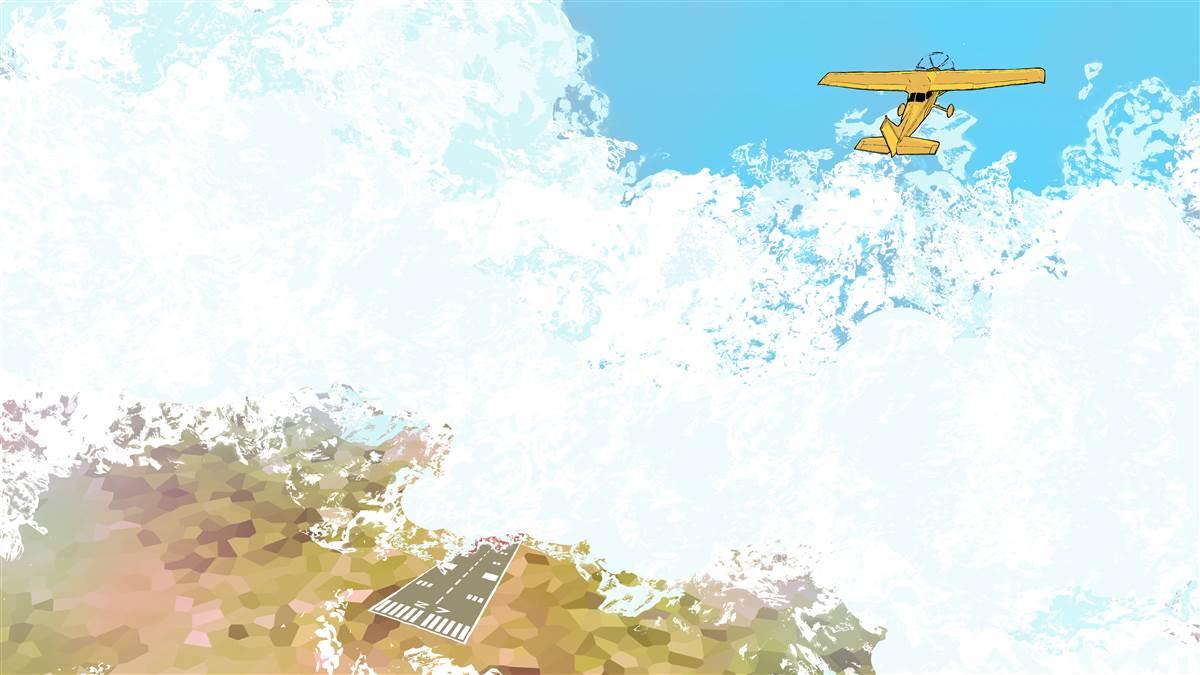 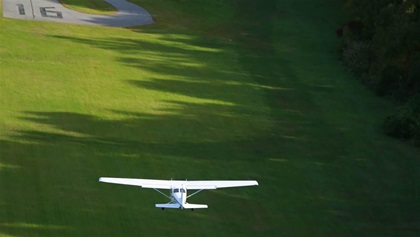 What better way to practice navigation?

Sometimes the biggest barrier to putting your new pilot certificate to use isn’t skill, but inspiration. After all those laps around the pattern, where will you go now that you’re free to roam the airports of America? Subscribe to AOPA’s email newsletter Travel Pilot for ideas on where to go and information on how to fly there. Plus, check out airport information, travel discounts, and more in AOPA’s Travel portal. —Sarah Deener

As a student’s primary guide to this new body of knowledge and skill set, instructors must funnel a lot of information and skills into a short period of time. The normal procedure is to aim all instructional efforts at preparing a student to successfully leap the checkride hurdles, as outlined in the FAA’s Private Pilot Airman Certification Standards. However, there’s a downside to using the test standards as a do-all, be-all guide.

First, the airman certification standards—which replaced the practical test standards—can’t possibly delve into all the many nuances involved in flying. Lots will be glossed over during the checkride or will not be mentioned at all. So, knowing what is required to produce a well-rounded pilot, the instructor has to fill in the gaps.

Second, the ACS are just the minimum standards to be met. When “minimum” standards are the accepted goal, even a slight degradation of skills or knowledge will put the candidate below the bar. Additionally, minimal skills and knowledge are not adequate to meet many conditions found in the real world.

Applicants aren’t expected to walk away from their private pilot checkride knowing everything they’ll need to know for a lifetime of flying. But, without knowing it, many pilots are awarded that coveted private pilot certificate with gaps in important knowledge and skill sets.

So, what is to be done? What are those unknown building blocks that can correct a training deficiency or help a student grow beyond the minimum standards? Instructors who give advanced training to certificated pilots say the list is long but easily corrected. They also say that there is a striking similarity in the areas to be improved from pilot to pilot.

A student may learn the “hows” of flying with little context of the “whys” and “whats” that make the airplane do what it does. The individual may be doing a good job of pulling this lever and turning that knob, but his understanding is superficial at best.

So, what is to be done? Instructors say there is a striking similarity in the areas to be improved from pilot to pilot.As long as the pilot is making the airplane do what it is supposed to do, why is it important that he know anything more? Rote training only works when situations don’t change. If a pilot who doesn’t understand the concepts suddenly finds himself faced with a new situation, he can’t extrapolate into that new situation based on what he’s been taught. If the pilot learned to fly in New Jersey—where density altitude is largely an intellectual concept, and he finds himself taking off from a rural New Mexico airport at 6,200 feet msl in August—not understanding density altitude puts him in a potentially dangerous situation. His rote training takeoff technique may or may not work at that high density altitude and he won’t know why it won’t work. His understanding of basic aerodynamics is limited, which is one of several areas instructors report as being common among pilots. This shouldn’t be construed as saying that a pilot needs to be an aeronautical engineer to correctly fly the airplane, but there are basic aerodynamic questions that every pilot should be able to answer. These could include the following:

From moving-map displays to weather and traffic in the cockpit, multifunction displays and iPads put an unprecedented amount of information at your fingertips in the cockpit. It’s important not to use these resources as a crutch, but it’s just as important to learn how to use them effectively. If your aircraft has ADS-B or SiriusXM weather, do you understand how old the data is and what weather phenomena your service displays? Do you know where to look out the windscreen for traffic based on where it shows up on a screen? Can you program the GPS without fumbling through menus and distracting from your focus outside the airplane? Features such as datalink weather, traffic, and GPS can improve situational awareness, and tools such as synthetic vision, glide range rings, and “nearest” airport buttons can lighten your mental workload in stressful times—but only if you’re proficient in using them. —SD 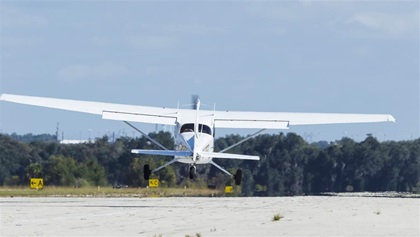 This centralized set of standards for the practical and knowledge tests integrates the knowledge, risk management, and skills elements necessary for each pilot certificate or rating. The new ACS replace the practical test standards and are part of the same effort that eliminated outdated knowledge test questions on nondirectional beacons and transcribed weather broadcasts. As chair of the Aviation Rulemaking Advisory Committee’s Airman Certification System working group, AOPA has played a significant role in reworking the standards to make them more meaningful and relevant to the way pilots fly today.

Some of the most common technique or skill weaknesses may seem to be minor details, but sometimes they are symptomatic of larger problems within a pilot’s skill set.

The smooth level-off. It is common to see a pilot level off from a climb by first pulling the power back, then putting the nose down, or doing both at the same time. Then she struggles to hold altitude and wonders why. Do it the other way around—nose level, leave the power up, hesitate to let it accelerate a little, then bring the power back—and the airplane will hold altitude.

Nailing it. This leads into a discussion on the concept of precision, meaning the ability to nail an altitude within a few feet, hold a heading to the degree, and land an airplane on—or close to—a chosen spot on the runway. Precision isn’t a skill but a mindset. It is a decision on the part of the pilot that everything done in the airplane will be done in a way that puts the airplane exactly where the pilot wants it. Skill makes precision happen, but the concept is born of a built-in mindset.

Crosswind landings. Crosswinds are often seen as something to be avoided, when they should be viewed as something to be understood and conquered. It’s one of the most basic skills, yet even pilots with some experience still avoid them. To expand your comfort zone, go out in stronger-than-usual crosswinds with an instructor and conquer that fear.

Holding altitude. Too many pilots spend too much time with their head in the cockpit, nose glued to the artificial horizon, rather than scanning the nose attitude through the windshield and cross checking the altimeter. The same goes for controlling airspeed: Because they don’t control the nose attitude visually, they have trouble controlling airspeed. Practice keeping your eyes outside the airplane and confirming with the instruments.

Cross-country planning is weak because of a growing dependency on electronics. It’s hard to stress the importance of putting pencil to sectional, when it’s all right there on an iPad screen, or even a smartphone. This digital dependency is robbing pilots of an innate understanding of compasses, the effect of wind on ground track, and changing magnetic variations’ effect on compass headings. It has even dulled pilots’ ability to read a sectional and determine their exact position and course from landmarks (pilotage). It’s difficult not to resort to the familiar—a computer screen—but total dependency on a potentially fallible navigation system is an ideal way to get lost. So, it never hurts to have a sectional and a pencil as parts of a back-up system. They don’t need batteries.

Emergency landings. When was the last time you heard of an instructor yanking the throttle to idle on climbout while teaching his student the importance of knowing emergency procedures? The immediate actions connected to a low-altitude engine failure are mentioned in ground school but seldom practiced. Pick out local landing spots around your home airport and include your emergency landing plan in your pretakeoff brief. It’s helpful to think of cross-countries as a series of short legs that go from one ideal landing spot to the next one. Don’t be lulled into complacency by the myth of mechanical infallibility.

Mechanical understanding. Speaking of mechanical infallibility, almost universally instructors report running into active pilots who are severely lacking in basic mechanical understanding of the machine they are going to trust with their life. We’re seeing pilots who know how to check the magnetos, but don’t know what they are or what they do. With such limited understanding, a pilot won’t know even the basics, such as how to clear a fouled plug with a high rpm, heavily leaned run at the hold-short line.

The private pilot certificate isn’t proof that you know how to fly. The certificate says that a representative of the U.S. government has decided that, when in an airplane, you are not an immediate danger to yourself or society. It says that you have learned how to learn and have stepped over the threshold into a learning experience that lasts a lifetime. The truth is that every one of us is still learning. And that is reason enough to get started early. A lifetime isn’t nearly long enough to learn everything that aviation has to teach.

Shaky on any of these questions? Delve deeper in the AOPA Air Safety Institute’s Essential Aerodynamics online course.

Or check out these short videos from Flight Training and the AOPA Air Safety Institute:

Explore aircraft systems and more in Flight Training’s “How It Works” archives.