Get the app Get the app
Get the latest news on coronavirus impacts on general aviation, including what AOPA is doing to protect GA, event cancellations, advice for pilots to protect themselves, and more. Read More
Already a member? Please login below for an enhanced experience. Not a member? Join today
News & Videos Safety Spotlight: Critical moments

Training for a quick reaction if things go wrong

Earlier this year a King Air 300 (BE350) crashed shortly after takeoff in Addison, Texas. Video of the accident appears to show that soon after becoming airborne, the aircraft yawed strongly to the left followed by an astonishingly quick left roll to an inverted ground impact.
Richard McSpadden is a multiengine instructor with approximately 500 hours pilot in command, instructor, and evaluator time in a King Air 200.

Crew comments from the NTSB’s preliminary report and video of the crash seem to substantiate some type of asymmetric thrust issue. The NTSB will complete a thorough investigation, which may take up to two years and could find issues different from the initial indications. In the meantime, we can use the accident to reinforce how quickly things can erode in aviation and the critical decisions that must be premeditated especially in multiengine, non-centerline-thrust aircraft.

Multiengine training centers on single-engine operations, particularly engine failures on takeoff. The critical focus is airspeed, and especially understanding minimum controllable airspeed, or VMC. VMC is the slowest the airplane can fly on a single engine and maintain controlled flight. Once airspeed drops below VMC, the pilot does not have enough control authority to counteract the asymmetric thrust.

Current VMC demonstration training in light twins is thought by many multiengine CFIs to be counter-productive. At altitude, thrust is gradually reduced on one engine so pilots can experience reduced rudder effectiveness as the aircraft slows. The problem is, it’s a docile simulation of what is in reality a rapid and violent situation. Pilots can leave the training with the mistaken notion that degraded yaw control happens gradually and controllably with plenty of time to make corrective inputs. Those who’ve experienced the full VMC demonstration airborne at higher altitudes report being shocked and frightened by the airplane’s quick, uncontrollable reaction when the airspeed dropped below VMC. Such full demonstrations are discouraged, since departure from controlled flight can result in a spin, which is difficult or impossible to recover from in a light twin even at high altitudes.

The concept of VMC and required pilot action is most challenging in a takeoff with power loss near rotation speed (VR). V1 is the maximum speed at which a takeoff can be aborted and the airplane stopped in the remaining runway (“go speed”). In high-performance turbine twins, V1 is often reached before VR. Managing reactions in the gap between V1 and VR is critical. Accelerating an airplane on the ground with a crippled engine and a commitment to get airborne is not an intuitive reaction. It takes training and reinforcement.

In light piston twins its often possible to be beyond rotation speed, even airborne, and still have room to chop power, settle back on the runway, and stop in remaining runway distance. If an engine fails and a commitment to take off is made, multiengine pilots must maintain airspeed above VMC at all costs and accept whatever aircraft performance results. In a light piston twin, this may mean an inability to maintain level flight—which will likely result in difficult options, such as putting the airplane back down and overrunning the runway, a quick off-airport landing, or a controlled crash. Understanding these speeds, the decision points, and prompt pilot reaction is the essence of twin-engine training. In either a light piston twin or a high-performance turbine twin, pilot performance in this window is critical and requires extensive, repeated, and recent training.

Like so much in aviation, decisions in the crucial takeoff window for multiengine flying must be premeditated and practiced. The key to being proficient at any skill is frequency and recency: Do it a lot, and do it near the timeframe when performance is needed. We should presume that honed performance dealing with engine problems on takeoff will be needed every time we fly. We can never afford to lack proficiency in this crucial skill.

The Addison accident video demonstrates just how quickly the situation can erode in critical phases of flight. There’s very little time for assessment and decision making. We must train to expect the worst problem at the worst time and know exactly how we will respond. Recurrent training is expensive, the cost of poor performance in a critical situation with lives at stake is inestimable.

Beyond recurrent training, we can stay crisp with some old-fashioned chair flying at home or in the office to think about and review the critical decision points in our airplanes and our reactions. Then, reinforce them on every takeoff prior to departure by reviewing our takeoff speeds, expecting an engine loss, and reinforcing our reaction. 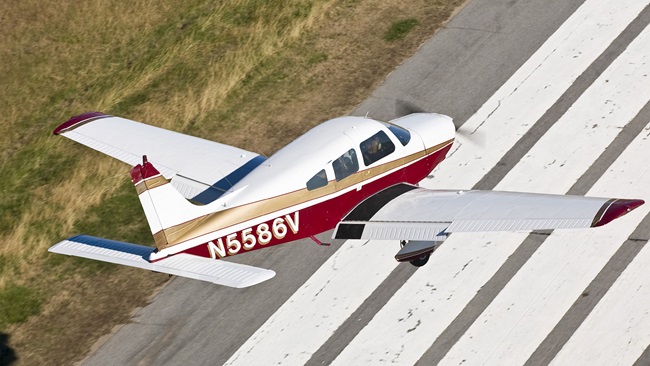