Get the app Get the app
Get the latest news on coronavirus impacts on general aviation, including what AOPA is doing to protect GA, event cancellations, advice for pilots to protect themselves, and more. Read More
Already a member? Please login below for an enhanced experience. Not a member? Join today
News & Videos Savvy Maintenance
Savvy Maintenance coverage sponsored by Aircraft Spruce

Opinion: What is preventive maintenance?

What may you do without A&P involvement? More than you might think

The FAA defines who may perform maintenance on certificated aircraft in FAR 43.3. This rule lists all the usual certificated suspects: mechanics, repair stations, air carriers, repairmen employed by a repair station or air carrier, and (under certain conditions) aircraft, engine, propeller, and appliance manufacturers. 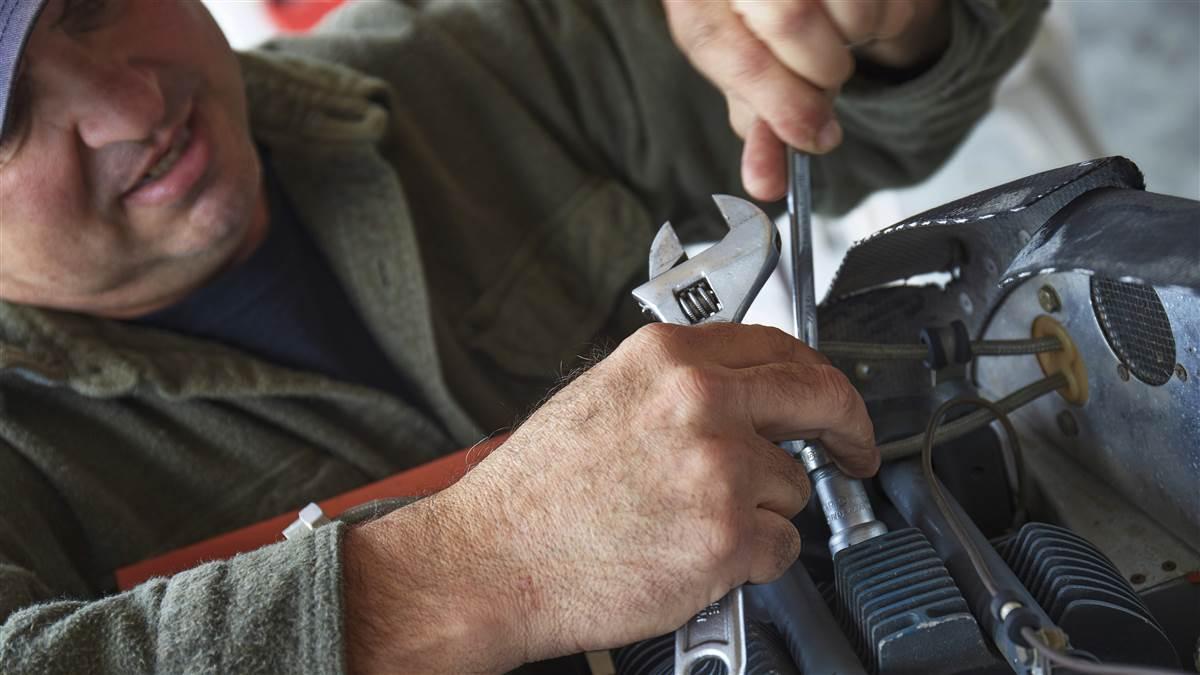 The rule also permits maintenance to be done by ordinary noncertificated folks, provided it’s done under the supervision of and approved by a certificated mechanic.

Beyond that, FAR 43.3 permits a pilot to perform preventive maintenance on an aircraft owned or operated by that pilot, provided the aircraft is used strictly for noncommercial operations under Part 91. Pilots may do this all by themselves without any A&P involvement.

How cool is that?

What exactly is this preventive maintenance stuff that pilots are permitted to do on their own recognizance? There lies the rub.

The first two lists—major alterations and major repairs—are clearly exemplary rather than exhaustive. It’s impossible for the FAA rulemaking lawyers to anticipate every sort of alteration or repair someone might want to perform on an aircraft. These Appendix A lists are simply examples of the kinds of alterations and repairs that the FAA deems to be major ones, and which therefore must be done using FAA-approved data and must be inspected and approved by an airframe and powerplant mechanic with inspection authority before the aircraft can be returned to service.

It’s a pretty generous list. But, it’s not obvious what the FAA was thinking when it came up with the list.

Other things on the list are just plain head-scratchers. Why does the FAA say it’s OK for a pilot to replace landing and nav light bulbs, but not post light or courtesy light bulbs?Some things on the list don’t seem to be “simple or minor preservation operations” by any stretch of the imagination. Replacing side windows on a Beech or Cessna or Piper airplane is an awful job involving two-part catalytic sealant (Pro-Seal) that sometimes requires the use of low-grade tactical nuclear weapons to remove—even A&Ps hate this job (don’t ask me how I know this). Servicing main landing gear shock struts involves releasing and then inserting high-pressure nitrogen—you can get seriously hurt if you don’t know exactly what you’re doing. The same caution applies to replacing tires.

Other things on the list are just plain head-scratchers. Why does the FAA say it’s OK for a pilot to replace landing and nav light bulbs, but not post light or courtesy light bulbs? Why can a pilot troubleshoot and repair landing light wiring but not any other wiring? Why is it OK for a pilot to remove and reinstall a Garmin GNS 530W navigator or a G1000 primary flight display, but not a BendixKing KT-76A transponder or KN-64 DME?

The words “limited to” prefacing the list in Appendix A suggest that the list is exhaustive. Advisory Circular 43-12A (“Preventive Maintenance”) reinforces this notion: “FAR Part 43, Appendix A, paragraph (c) contains the list of those functions determined by the FAA to meet this definition. If a function does not appear in this list, it is not preventive maintenance.”

That would seem to settle the matter, head-scratchers be damned. The FAA says that if it isn’t on the list, you can’t do it without getting an A&P to supervise you and sign off your work in the aircraft maintenance records. Or does it?

In February 2009, the FAA’s Office of Chief Counsel, Rulemaking Division, issued a letter in response to a request for legal interpretation by David Coleal, vice president and general manager of Bombardier Learjet. The question Coleal posed was: “Is it legal for the pilot of a Transport-category Learjet 60 to check the tire pressure?” The answer to that simple question was a game-changer for our understanding of what the FAA considers to be preventive maintenance.

Now, the Learjet 60 has unusually high-pressure tires (up to 219 psi) and is subject to an airworthiness limitation requiring that the tire pressure be checked daily. Consequently, checking tire pressure requires a special gauge and special procedures, and is arguably a bit risky. The question was: Is this something the pilot may do, or does it require an A&P? Also, is the answer to this question different for a Learjet 60 being operated under Part 135 and one being operated under Part 91?

Surprisingly, the FAA’s official answer to Coleal was that checking the tire pressure on a Learjet 60 is a preventive maintenance task, even though it is not on the list set forth in Part 43 Appendix A. Consequently, the FAA ruled that a pilot may legally perform the daily tire pressure check provided the Learjet 60 is being operated under Part 91. If the airplane is operating under Part 135, however, then pilot-performed preventive maintenance (including the daily tire pressure check) is not allowed (per FAR 43.3), and an A&P must do it.

But how did the FAA lawyers determine that the tire pressure check was a preventive maintenance task, even though it is not on the list? That’s where this story gets interesting. The Coleal letter states, in pertinent part: “Even though the introductory text of [Appendix A] subparagraph (c) states that “[p]reventive maintenance is limited to the following work… (emphasis added), in view of the broader definition of preventive maintenance in section 1.1, we believe that such limitation is not controlling. Similarly, for the same reason, we also believe that the following sentence in Advisory Circular 43-12A…is overly restrictive. That sentence…states: ‘If a task or maintenance function does not appear in the list, it is not preventive maintenance.’ As with the other paragraphs of Appendix A (i.e., on major repairs and major alterations), the lists are better viewed as examples of the tasks in each category—they cannot be considered all-inclusive. There are, no doubt, many ‘simple or minor preservation operations [tasks]’ and many ‘replacement[s] of small standard parts not involving complex assembly operations’ performed daily, especially on small general aviation aircraft, that the agency would consider to be preventive maintenance, though they are not included in the…listed items.”

So, the official answer from 800 Independence—a legal interpretation that has been in effect for the past 10 years—is that the preventive maintenance Part 91 pilots are permitted to do is not limited to the 31 items on the list.

That means that if you want to change a burned-out post light lamp, it can still be considered preventive maintenance. I would consider changing a post light lamp to be no more difficult, complex, or risky than changing a landing light or nav light (both of which tasks are on the list), so what reason could the FAA have for not considering it to be preventive maintenance?

Similar logic would seem to apply to repairing faulty nav light or strobe light wiring, which is not on the list even through repairing landing light wiring is on the list. How could one of these reasonably be considered preventive maintenance and the others not be?

You get the idea. Given what the FAA said in the Coleal letter, if you do something not on the list that’s similar to something that is on the list and no more difficult, complex, or risky, you have an FAA letter of interpretation to point to should your action ever be challenged. Contrary to conventional wisdom—which might have been valid prior to 2009 but no longer is—you’re not limited to the 31 items on the list. 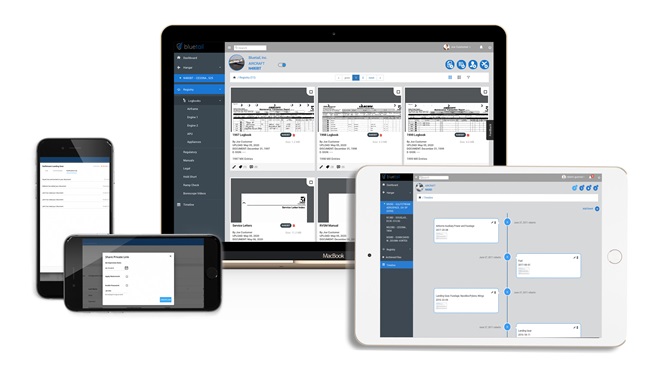 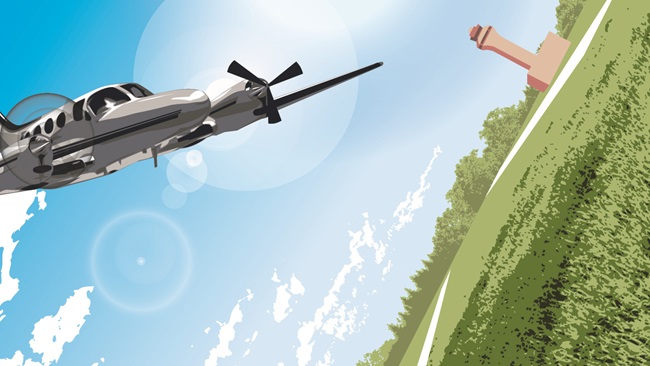 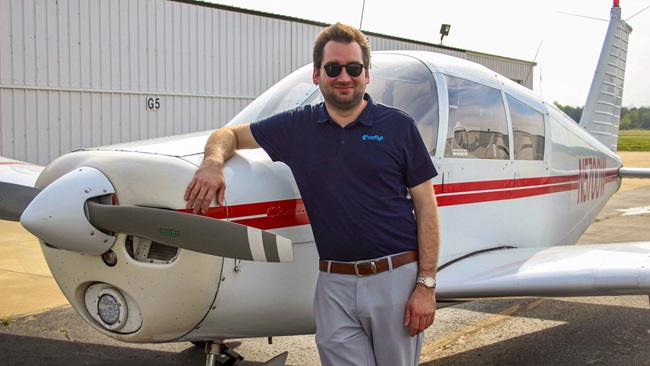