Get the app Get the app
News & Media Tullahoma draws crowd, firewalls 'fun'

AOPA wrapped up its eightieth anniversary celebration Sept. 13 and 14 with a return to a favorite location, holding its third and final 2019 fly-in at Tullahoma Regional Airport/William Northern Field in Tullahoma, Tennessee.

Although the weather was hot, attendance was even hotter. Friday saw 3,536 guests, with 5,889 visitors on Saturday, for a two-day total of 9,425. The temporary tower and airside volunteers handled 572 aircraft. AOPA had visited Tullahoma before, for its final 2015 fly-in, which got off to a drenching start but the weather improved enough to tally 2,500 people and more than 330 aircraft.

During the AOPA Pilot Town Hall, Jennifer Storm, vice president of the AOPA Foundation, announced the results of the 2019 You Can Fly Challenge, which featured a $2 million matching grant from the Ray Foundation. Some 5,000 donors contributed $2.8 million. Storm said the Ray Foundation has generously increased its match by $500,000, meaning that the challenge has raised $5.3 million to support You Can Fly programs. “Being a nonprofit organization I’d really like to have a balloon drop, but that wouldn’t be good stewardship of your dollars,” she laughed.

“For us this is going to be the year of the airport,” said Steve Hedges, AOPA’s Southern Region manager. “We have airport issues that regularly come up.” As an example he cited North Perry Airport in Hollywood, Florida, where local pilot Tony Restaino alerted AOPA that a city commissioner wanted to fund a study to close the airport, because he thought it was a drain on the local economy. “It has an $800 million annual impact,” Hedges noted. Airport businesses coordinated a presentation and the study proposal went away.

The Great Lakes Drone Company presented an aviation-themed night drone show to celebrate AOPA’s eightieth anniversary. It opened with a depiction of a flying airplane, and ended with a drone simulation of a fireworks display. It was clear from crowd reactions that the audience enjoyed the show, even though technical issues limited drone participation, and only 64 of the 80 planned drones flew in the demonstration.

Robert Penton, 98, of North Little Rock, Arkansas, served in the Pacific Theater during World War II, aboard the Navy supply ship U.S.S. Justin. Penton earned his private pilot certificate in a Cessna 152 at age 53, then logged 6,000 hours in a Mooney. He was invited to fly aboard Champaign Gal, the B–25 operated by the Champaign Aviation Museum in Urbana, Ohio, which offered flights from Tullahoma Regional Airport during the event. “This was such a surprise.” He thanked pilots Eric Shiffer and Bill Weidenhammer. “It was fantastic. I got to fly in one of the air ships [of the type] used in the Doolittle Raid. This really brought back some memories.”

Bill Everett of Memphis also took a flight aboard the B–25. He was drawn to ride in the Mitchell because of the model’s history. “The history of this airplane and its crews in World War II,” Everett said. “The true bravery and total disregard for self—especially the Doolittle [Raid] crews.” He documented his flight with his cellphone camera. 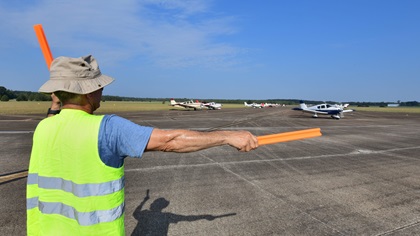 At a taxiway intersection, Carlos Orellana of Lakeland, Florida, volunteered as an aircraft marshaller. “My wife is a pilot. She’s got a plane so I just tag along,” he said. Their flight to Tullahoma in a Piper Cherokee 180 took about four hours, he added.

Ben Darlington of Tullahoma brought his son, Case, age 2, out to the airport at a co-worker’s suggestion. They looked at the airplanes and watched the short takeoff and landing demonstration. “I didn’t know it was going to be all this,” he said. “It’s pretty neat.”

Tyler Mays of Murfreesboro, Tennessee, also watched the STOL demonstration. “This is very impressive,” he said. “I’ve seen a lot of videos online but to see it in person is something else.” Mays has experienced some short-field landings in a Boeing C–17 Globemaster III, in which he serves as an Air Force Reserve loadmaster out of Charleston, South Carolina—but not that short, he said. Mays is studying aviation at Middle Tennessee State University in Murfreesboro. 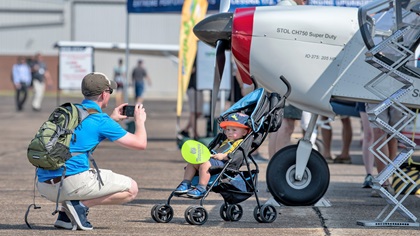 Chris Clawson of Mt. Juliet, Tennessee, brought his son, Charlie, age 21 months, to the fly-in Thursday morning. Clawson flew professionally for a while, and now works as an air traffic controller at Nashville International Airport. Although young, he said Charlie shows an interest in aviation. “It’s in his blood,” he said. “Both grandfathers flew, too. We’re going to be broke, but it’s a good kind of broke.”

Originally from Lake Geneva, Wisconsin, Clawson said they’d like to return. “We want to get back there and build an airplane,” he explained. “We’re going to commandeer my father’s barn.”

The Beechcraft Heritage Museum, located on the Tullahoma airport, was a popular stop for fly-in visitors. It began as the Staggerwing Museum Foundation in 1973, and in 2007 expanded to include the complete Beechcraft lineage. Joey Gray of Decatur, Alabama, who flies a Cessna 172, visited the museum for the first time in 30 years and said that a lot had changed. “It was good,” he said. His favorite exhibit was a mostly uncovered Staggerwing, exposing the structure of the fuselage and wings. “You don’t see that many Staggerwings around these days, much less the inside of one.”

Dennis Harrington and Keane Brown each received a Lightspeed Zulu 3 headset, one at each of the fly-in’s two AOPA Pilot Town Halls, for flying the farthest distance to Tullahoma. Harrington and Brown each flew from New Mexico, where it turns out they’re based about 100 miles apart. They met for the first time at Tullahoma. 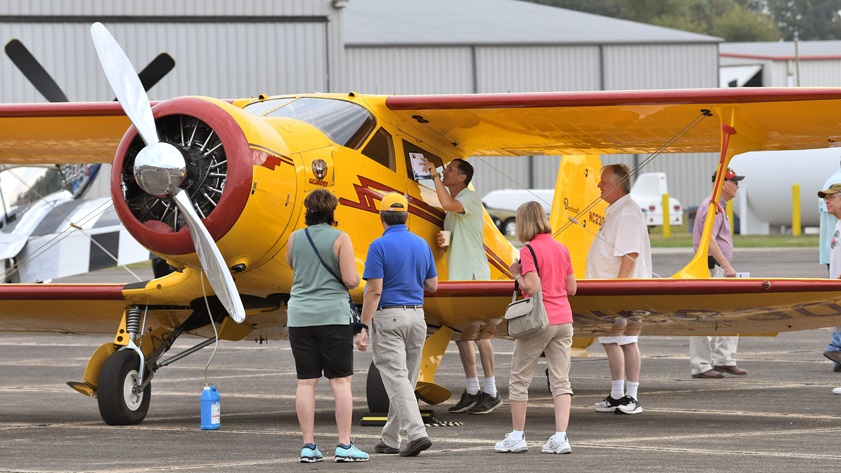 Technical Editor
Mike Collins, AOPA technical editor and director of business development, died at age 59 on February 25, 2021. He was an integral part of the AOPA Media team for nearly 30 years, and held many key editorial roles at AOPA Pilot, Flight Training, and AOPA Online. He was a gifted writer, editor, photographer, audio storyteller, and videographer, and was an instrument-rated pilot and drone pilot.
Go to Mike Collins's Profile
Topics: AOPA Events, Fly-in 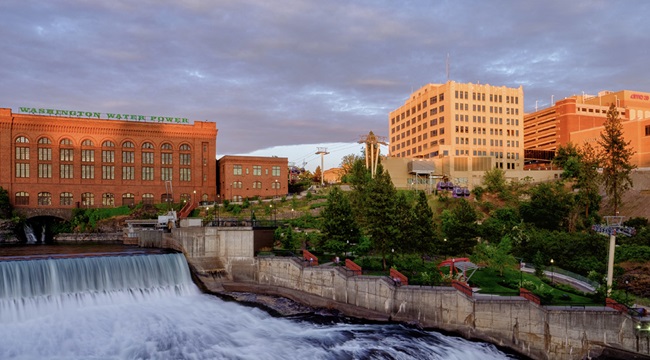