Why Icons come to grief

Even before the first Icon A5 accident, veteran pilots predicted the sleek amphibian would have a terrible safety record. 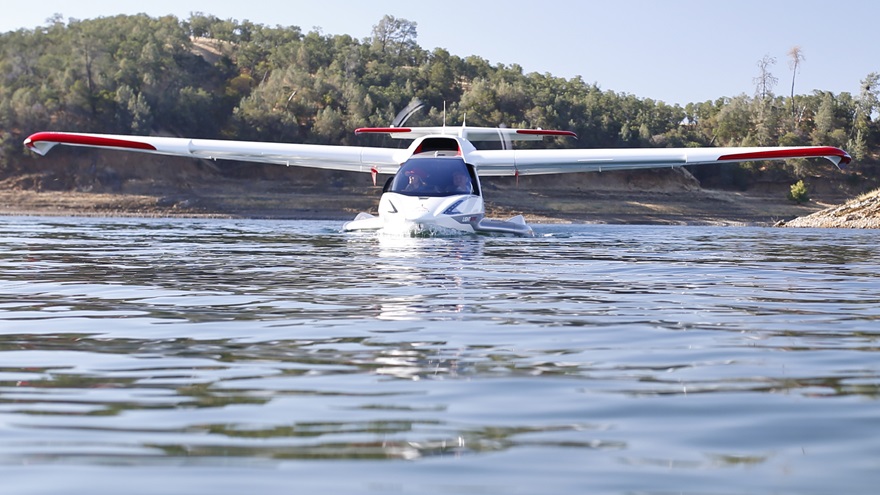 Slick, amped-up marketing videos aimed at youthful “power sports” enthusiasts showed A5s maneuvering at low altitude and flying in tight formation. The company boasted that a large percentage of its depositors were people who didn’t yet hold pilot certificates. And, since the Icon A5 is a light sport aircraft, they needed to obtain only sport pilot certificates that require half as much flying time as private pilot certificates.

Icon has now delivered slightly more than 100 airplanes—and pilots’ initial concerns seem to have been borne out. Two A5s have been lost in fatal accidents, and at least four more were destroyed in nonfatal ones. Those who anticipated a tragic mix of inexperienced pilots flying on and off the water in the unforgiving, highly dynamic, low-altitude environment were quick to pile on and say they told us so.

But a closer look at Icon accidents shows the truth isn’t so tidy.

In fact, low-time sport pilots are yet to be involved in a single Icon accident. Instead, it’s high-time, experienced pilots—many with advanced ratings—who are at fault. Not once has a mechanical problem contributed to an Icon crash. Every one of them has been pilot error, according to NTSB and FAA reports.

The first high-profile Icon mishap took place in April 2017, in Key Largo, Florida, when a former U.S. Air Force fighter pilot hit the water with enough impact to crack the airplane’s composite hull. The pilot had been maneuvering at low altitude while performing a series of water landings, and he developed an excessive descent rate near the water. The NTSB cited the pilot’s “failure to maintain a proper descent rate during the approach which resulted in a hard landing.” There were no injuries, but the airplane was submerged in salt water up to its wings and a boat towed it to a marina.

Icon’s first fatal accident on May 8, 2017, was both tragic and seemingly inexplicable.

A5 designer Jon Karkow, a brilliant engineer, test pilot, and designer, was taking a newly hired Icon employee, Cagri Sever, on a flight over nearby Lake Berryessa in Northern California. Karkow had commercial single- and multiengine land and seaplane ratings (as well as glider and rotorcraft certificates), and he had logged nearly 600 flight hours in A5s—many of them during strenuous and exacting test flights. On a clear day, at a location he knew well, Karkow flew up a blind canyon surrounded by rapidly rising terrain, attempted a last-minute 180-degree turn, and hit the ground with massive force.

Karkow’s death was a significant blow to Icon, and five months later, another hammer fell.

Retired baseball pitcher Roy Halladay took delivery of the first A5 outside the company’s training fleet. Halladay had logged more than 700 flight hours and earned multiengine and instrument ratings, and he had flown 52 hours in A5s including 14.5 hours in his own airplane.

On Nov. 17, 2017, Halladay was flying by himself near his home on Florida’s gulf coast when his airplane struck the water, broke apart, and submerged. Video taken by fishermen just prior to the crash, as well as data from an onboard GPS and engine monitor, showed Halladay was maneuvering aggressively and banking steeply near the water in the moments leading up to the accident. Traces of morphine, amphetamine, and Ambien were later found in Halladay’s body, according to the final NTSB report.

On June 25 of this year, an A5 overturned in a lake in British Columbia, Canada, when it apparently touched down in the water with its landing gear extended. The 72-year-old pilot and a passenger sustained minor injuries. Since Canada doesn’t recognize U.S. sport pilot certificates, it’s almost certain the pilot held at least a private pilot certificate.

On July 11, an A5 was destroyed when it lost power and struck trees in an off-field landing. The NTSB said the 74-year-old private pilot exhausted the airplane’s fuel supply by running the engine beyond 5,500 rpm for 1.2 hours, in violation of the airplane’s operating manual, which limits full-power operation to five minutes.

On July 30, another A5 was destroyed in a post-takeoff accident in Michigan that was recorded on a video shared widely on social media. The airplane was flown by an airline transport pilot who occupied the right seat during a sales demonstration flight, and a pilot-rated passenger was in the left seat. The airplane was about 70 pounds over its maximum gross weight, according to the NTSB, and the video showed it struggled to gain altitude before settling and clipping a tall tree. The passenger sustained serious injuries and the pilot minor injuries when the airplane struck the water.

The reasons for this litany of horrors are varied, and few threads seem to tie them together.

Having flown the A5 for about 40 flight hours—including a formal checkout and a transcontinental ferry flight—I suspect that pilot overconfidence is a factor. The airplane flies so obediently, and it has such benign handling characteristics, that it gives the false impression it can do anything. Its spin-resistant design, however, doesn’t mean it won’t stall. It will. The airplane is easy to overload, and with a gross weight of 1,510 pounds and a mere 100-horsepower engine, the A5 has a meager power-to-weight ratio.

But a few conclusions are clear: New sport pilots, a lack of flight experience, and even those dazzling marketing videos aimed at impressionable young pilots aren’t the problem.

We veteran pilots are.