Get the app Get the app
Get the latest news on coronavirus impacts on general aviation, including what AOPA is doing to protect GA, event cancellations, advice for pilots to protect themselves, and more. Read More
Already a member? Please login below for an enhanced experience. Not a member? Join today
News & Videos Training Tip: The biggest bump
Sponsored by Aircraft Spruce

I know it’s a stretch to refer to a 1,700-foot-high hill as a mountain, but two pilots with thousands of hours in the air experienced the worst single jolt of turbulence of their flying lives passing a petite peak on a super-smooth night. 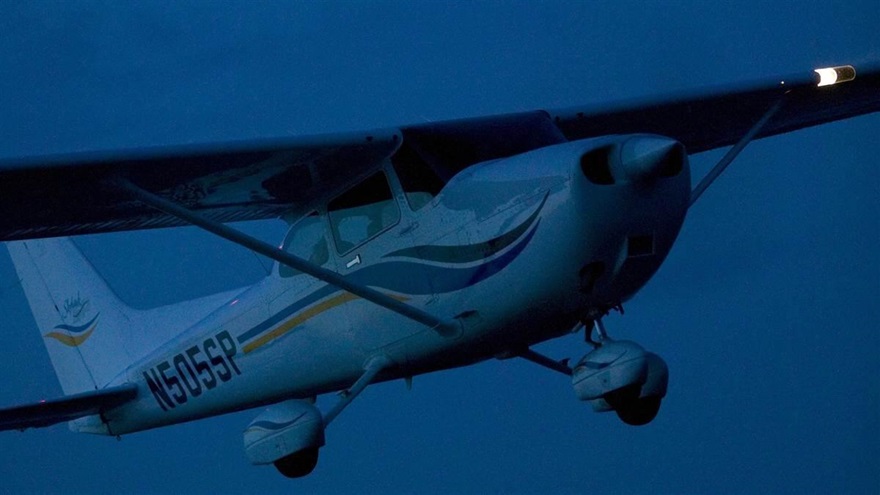 It's always a good idea to be prepared for turbulence. Photo by Mike Fizer.

That big bump—and the sight of a heavy piece of baggage floating weightless in the cabin—made the molehill a mountain in my book, and reflections on the encounter have affected my flying ever since.

That brief bout of turbulence I’d call severe probably wasn’t as unpredictable as it seemed to me and the other pilot aboard our company’s Cessna 172 when we passed about a mile south of the peak at an altitude roughly equal to its summit’s.

The air was smooth, but it was windy-smooth, not calm smooth, and there’s a difference perceptible in groundspeed, a correction angle to maintain course, and perhaps a crosswind for landing. Also, when the wind is strong down low it’s smart to get the surface winds early, compare them, and prepare for possible wind shear on descent.

Afterward we theorized that the strong wind spilling over the peak had created a rotor-like disturbance on the downwind side that was just waiting to perturb (get it?) a little airplane. When the bump hit, the boss’s unsecured flight case went weightless briefly as the aircraft’s floor was forced down from under it.

A private pilot applicant is expected to demonstrate understanding of weather information for a flight under VFR.

And this was odd: The bump had an audible aspect—a muffled, metallic noise that emanated the rear of the aircraft cabin. Had the turbulence warped the aircraft’s aluminum skin?

No. Turned out the sound was that of our rear-seat passenger’s head connecting with the Cessna’s ceiling. We’d seen him latch his lap belt, but plainly he had not taken the exercise too seriously, leaving it loose despite being a student pilot.

Such opportunities to bump up your learning are worth analyzing: