Get the app Get the app
Already a member? Please login below for an enhanced experience. Not a member? Join today
News & Videos Technique: The traffic pattern 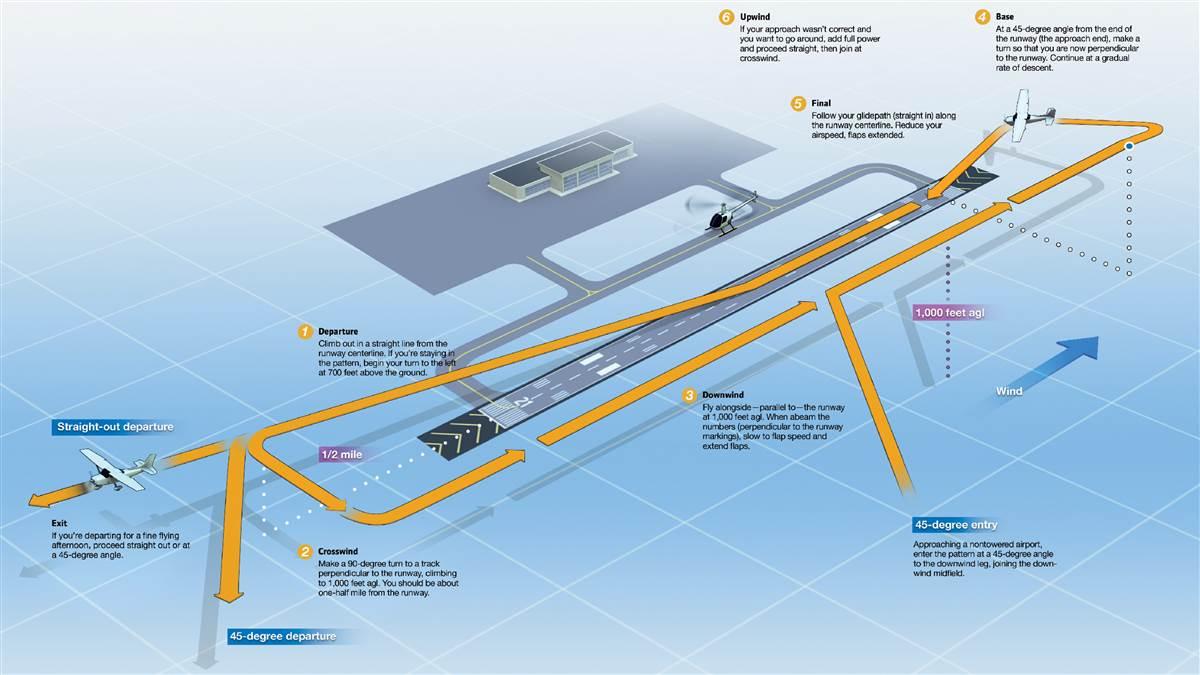 Many people joke and say they never use algebra after the grueling lessons of high school, and while that might be true, in flying it’s geometry that you’re going to want to remember. Words such as “perpendicular,” “rectangular,” and “parallel” all apply here. So, what is “the pattern”? It’s the path you will fly when leaving and returning to the airport, specifically the runway. For a typical trainer such as a Cessna 172, a “standard” traffic pattern is flown to the left and at 1,000 feet above ground level (agl). Most patterns are flown in a rectangle. Six segments are in a typical traffic pattern: departure, crosswind, downwind, base, final, and upwind.

Helicopters on the field

At airports where there are helicopter operations, it may seem chaotic to have both fixed-wing aircraft and helicopters in the pattern. But helicopter pilots generally fly right-hand patterns—the pilot usually sits on the right in a helicopter, fixed-wing often on left, so visibility is best for each at right (helicopter) and left (fixed wing). Helicopters are also mandated to avoid the flow of fixed-wing traffic; they fly a closer pattern, and at a lower altitude (usually 500 feet agl).