Get the app Get the app
AOPA Members DO more LEARN more SAVE more - Get MORE out of being a pilot - CLICK HERE
News & Media First Look: No dog left behind

First Look: No dog left behind

The answer to what to do with your pilot certificate once you’ve flown that $100 hamburger and taken your friends and family for their first flight became an issue for Pittsburgh, Pennsylvania-area pilots Brad Childs and Jonathan Plesset. 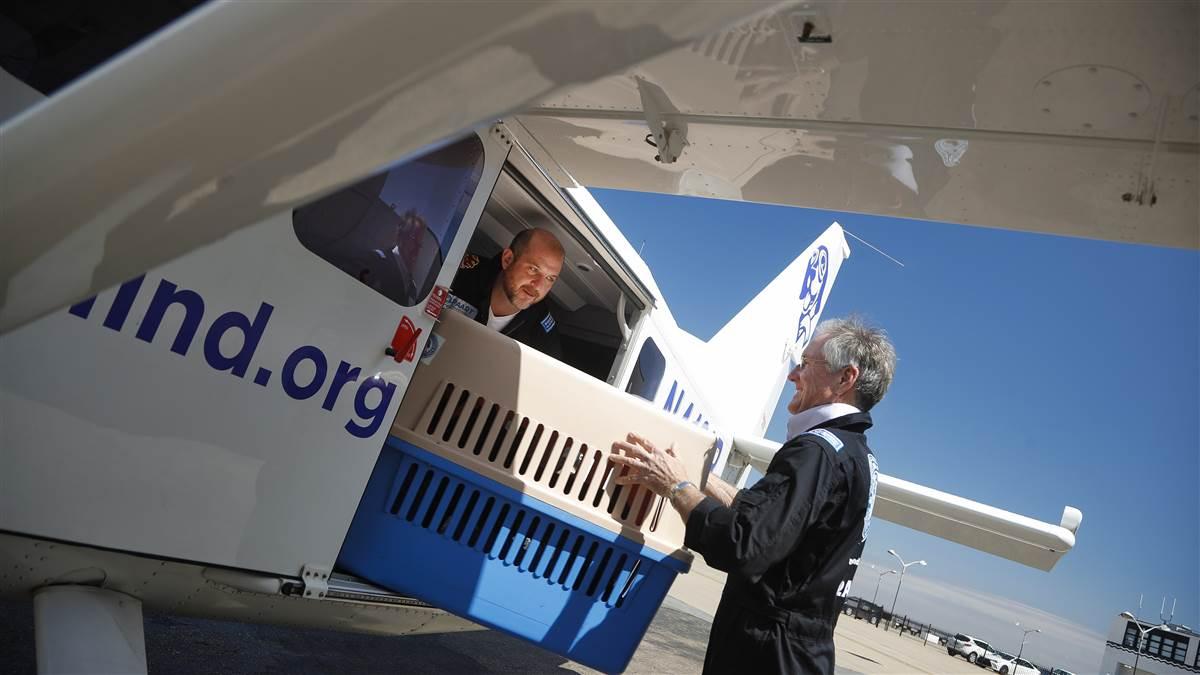 Jonathan Plesset is handed an animal crate by safety pilot Pete Lehmann as the pair readies for a flight in the Rachael Ray-donated Mahindra Airvan, hangared at Allegheny County Airport outside of Pittsburgh, Pennsylvania.
Photography by Chris Rose 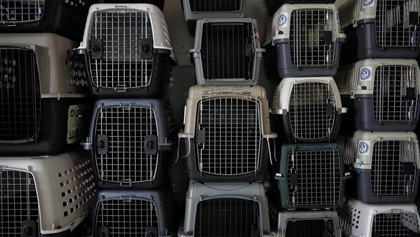 Always active and adventurous, the pair were not content to punch holes in the sky or loop around the pattern.

So, one day when a friend told them of a bulldog named Monte who was in danger of being euthanized at an overcrowded shelter and needed transportation to his “fur-ever” home (look, this is their word; these guys are really into animals), Childs and flight instructor Pete Lehmann flew to pick up the dog. Not having ever flown with animals in an aircraft, they did not secure Monte or put him in a crate. The fur flew (OK, that one’s mine) and Lehmann had to quickly right the airplane from a nosedive as 90-pound Monte attempted to give Childs a big sloppy kiss (that’s my words, too).

The joy in delivering Monte to his new owners spurred Childs to enlist Plesset, and the pair began flying to rescue dogs and cats, and bunnies, and pigs, and sea turtles, and—once—a python. They learned their lesson and have crates for the animals and, as their missions grew, they caught the eye of one Rachael Ray. She’s a television personality and chef who is mad about animals—especially dogs. She invested much of the money she’s made from her cooking shows, cookbook and cookware sales, and celebrity in a natural pet food company she calls Nutrish. And she offered to help fund a new aircraft and van for the Pittsburgh Aviation Animal Rescue Team (PAART)—the nonprofit organization Childs and Plesset founded in 2012.

With Lehmann often by their side (safety first, Plesset says) the pair—as well as other volunteer pilots—now fly a Mahindra Airvan GA8 and have a 50-animal rescue van purchased in 2014, which they call a “landplane.” They fly the Mahindra from Allegheny County Airport in West Mifflin, Pennsylvania, a suburb of Pittsburgh. “The airplane recently had 41 bunnies on board,” says Plesset. “It was a hopping good time” (that’s all him). The “landplane” is necessary for when weather in the area keeps aircraft on the ground; Pittsburgh is often, let’s just say, weather challenged.

Since Monte’s eventful flight in 2006, PAART has transported more than 11,000 animals and work continues. Plesset always has a fun and interesting story to tell and his team is having a ball making sure there is #nodogleftbehind.

No time to lose 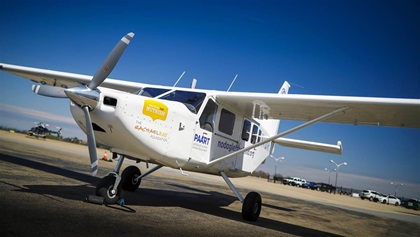 “We are still awaiting word from our amendment application to the FAA for our waiver, which will hopefully allow us to train more pilots at a fraction of the cost,” said Jonathan Plesset of an FAA requirement to have a 50-hour minimum time in type to participate in the Pittsburgh Aviation Animal Rescue Team.

“As it stands today you would need to come out of pocket for around $5,000 in gas just to get to the 50-hour minimum time requirement. People who already have the required hours still cannot fly under the waiver until the trainee meets his/her 50 hours, so the burden also falls on the PIC to pay out of pocket,” said Plesset. Pilots of PAART cannot fly the airplane under the waiver without two pilots on board who each meet the 50-hour time-in-type requirement. And since the Airvan is a single-pilot airplane, the second pilot cannot log SIC time.

“There have been times when we could not go on a rescue because of these rules,” Plesset said. “Pilots do this out of their own pocket and the expenses can quickly skyrocket. Each time we turn down a flight because of this, animals are needlessly euthanized—and that one person who could have met their dream animal misses out on having a pet who could potentially change their life. It breaks our hearts.”