Get the app Get the app
Get the latest news on coronavirus impacts on general aviation, including what AOPA is doing to protect GA, event cancellations, advice for pilots to protect themselves, and more. Read More
Already a member? Please login below for an enhanced experience. Not a member? Join today
News & Videos Never Again: Desert decision

Choosing between bad and worse

Before the Continental IO-550N in my Lancair Super ES apparently inhaled a fuel filter, I was enjoying a perfect September morning 8,500 feet above the high desert 80 miles east of Phoenix. I learned lots of lessons in the next 10 minutes, including the value of making the least-bad choice. 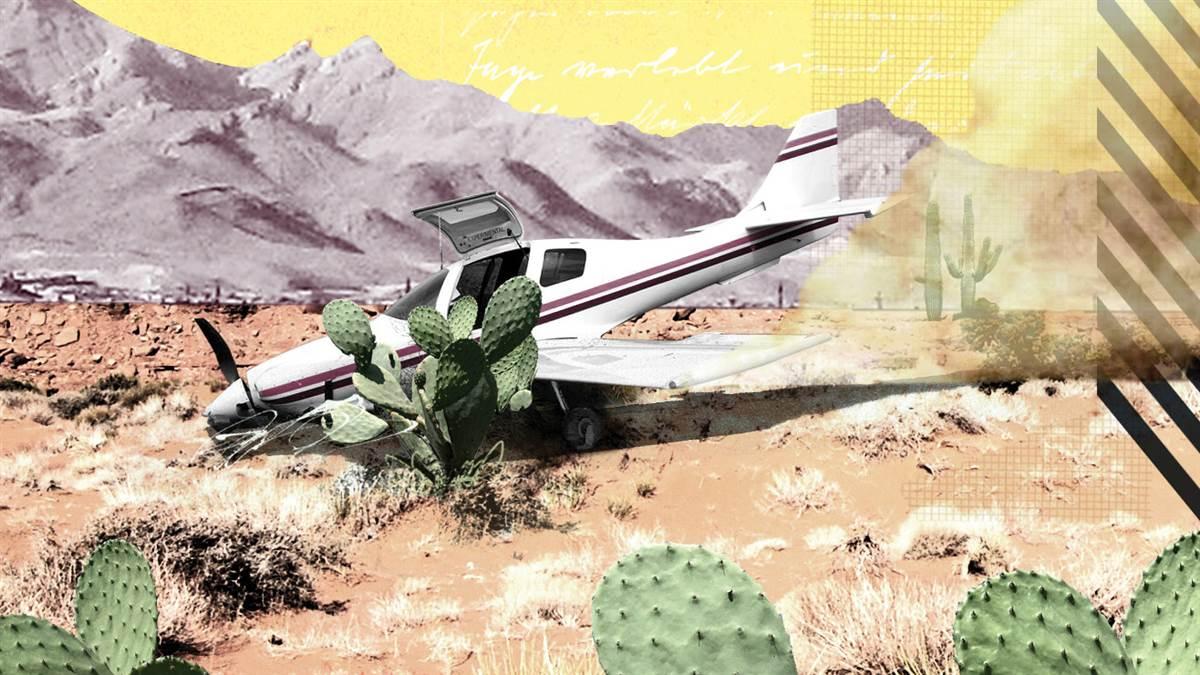 Five years prior, I was returning from El Paso after delivering some helicopter parts the previous evening. At 190 knots, it was a two-hour milk run I’d made dozens of times. For some reason, the thing I most remember about the trip’s outbound leg is a mountainous area 30 minutes west of El Paso. It’s a black hole with no ground illumination anywhere. If you have an engine failure after sunset, surviving is pure luck.

This morning, however, the blazing sun offered unlimited visibility. A few wispy clouds painted the upper atmosphere, and Phoenix seemed within spitting distance of Texas shortly after my 8 a.m. departure.

That expansive feeling was far different from the high-speed training runs I did five feet above this same desert as an Army attack helicopter pilot 10 years earlier. My gunship was the AH–64 Apache. At our base near Tucson we practiced flying 120 knots at the height of a pickup truck’s cab, most often at night using forward looking infrared, called FLIR. Margins for error were microscopic and situational awareness was an order of magnitude higher than normal.

I didn’t know it at the time, but all that flight training and those desert missions helped save my life—if not my Lancair—a decade after I left the military for good in 2004.

The big-bore Continental hanging on my airplane’s nose had been rebuilt just 100 hours earlier and was purring like a mountain lion 90 minutes into my flight home. That’s when alerts on my EFIS engine monitor lit up. Exhaust gas temperature warnings started jumping erratically as cylinder head temperatures dropped. I didn’t think there was a bad gauge or electrical fault since several cylinders were showing problems at the same time. I started adjusting the mixture and propeller while trying to isolate what was going on. Within seconds, performance started sliding as the engine began running roughly and unevenly.

I reduced power but that didn’t stabilize things. The only way to keep it running was by switching the boost pump to high. That held the rpm at 1,200, but the real benefit was keeping the prop turning, which minimized aerodynamic drag.

There was a lot to keep up with, but the Army trains pilots to do everything at once. You just deal with it. There was no panic. Just fly the aircraft.

I switched my transponder to 7700 but couldn’t get hold of Albuquerque Center despite being on flight following. In that part of the country it’s often tough getting good radio transmissions despite widespread use of repeaters to extend signals.

As options dwindled, my decision became clearer: Find a place to land.

I was over the desolate San Carlos Indian Reservation covering 1.8 million acres of southeast Arizona. The fearless Apache leader Geronimo probably didn’t travel this far north, but he would have felt at home among the sun-baked ravines, sheer cliffs, desolate buttes, thorn-covered plants, and arid distances between nowhere and nothing. It was a grim sight beneath my wing that was looking worse with every descending foot.

Steadying the rpm extended my glide, but nothing appeared survivable until I saw a mountain plateau. It looked like a postage stamp and had thousand-foot cliffs on all sides. The landing zone was probably 500 feet long. If I couldn’t stop, it was headfirst into the ground. And if I could get down in one piece, I’d better be able to contact somebody because there was no climbing down.

I was setting up a pattern into the wind when I spotted a larger butte farther below. It was probably a half-mile long with a 10-degree down slope and steep cliffs on three sides, but a fourth side that appeared survivable if I had to climb down. It was bad, but the other choice was worse. All I needed was 1,000 feet to stop the airplane, and some luck.

Turning final, I knew I had to get the airplane on the ground before running out of room. I came in just above stall speed and was losing altitude over the landing zone, but my distance from the ground stayed the same because of the descending slope. At the halfway mark I thought, This isn’t good, so I pushed the stick forward, shoving the nose into the ground. The airplane stopped really fast after the front wheel sheared off and the nose plowed through cacti and boulders. From the air, things can look really smooth. On the ground, it’s a different story.

In the military they teach you to grab your gear and get out of the crashed vehicle as quickly as possible. Within moments of touchdown I was standing 100 yards from the airplane. I noticed some smoke and saw a fire had broken out. I grabbed my fire extinguisher—a tiny little thing—and started spraying to no effect. I hadn’t turned off the fuel boost pump, which was still pumping gas. That fed the fire, so I backed up and watched it burn.

Using my cellphone, I called 911 and was able to reach a town 20 miles away. Despite giving them GPS coordinates they couldn’t figure out where I was and passed me to the state police department. It had a helicopter that rescued me.

Afterward, Continental and the NTSB reviewed the engine but couldn’t find any problems. However, they didn’t touch the fuel system, despite me telling them my theory about fuel filter ingestion.

Next to staying alive and healthy, the best thing that came out of this was that I had been thinking of opening an avionics shop near Phoenix. I figured I would sell the Lancair at some point for startup capital. When the airplane and my funding idea both went up in smoke, I decided to trust myself and just start the business.

Sometimes we have to make tough decisions and hard landings before truly flying. Just don’t panic.

Richard Snider flies regularly when not working on airplanes at Aerosecure Avionics in Glendale, Arizona, with his eight team members.