Get the app Get the app
Get the latest news on coronavirus impacts on general aviation, including what AOPA is doing to protect GA, event cancellations, advice for pilots to protect themselves, and more. Read More
Already a member? Please login below for an enhanced experience. Not a member? Join today
News & Videos High-flying glider pilot: Dennis Tito

Consider this flight scenario: You’re at 21,000 feet flying a high-performance sailplane in a strong mountain wave in the Sierra Nevada. 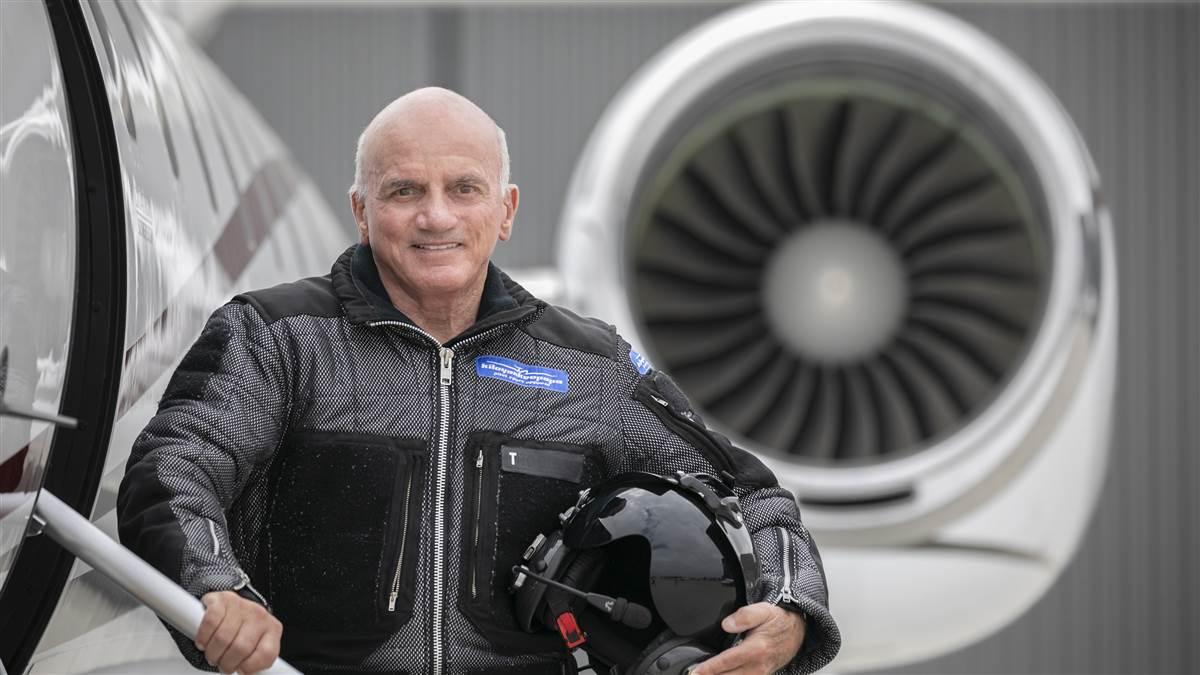 Extra | “It took vast amounts of fossil fuel to launch the crew of the Soyuz spacecraft and myself into outer space in 2001, but none at all to fly high and fast in a sailplane.”

Your goal is to go as far and as fast as you can. After two hours and 30 minutes, you’ve flown 487 miles at a speed of 194.8 mph. Note that the track record of an IndyCar is 187.4 mph covering 500 miles in two hours and 40 minutes. Yes, the sailplane is faster than the IndyCar. Impossible? Not for this pilot. Dennis Tito, pilot in command of his Arcus-J sailplane, has the GPS track log and the big smile to prove it.

While best known as the world’s first space tourist, Tito is also recognized for his achievements in sailplanes. A powered pilot since 1976, Tito took his first ride as a passenger in a glider in 1975. However, he didn’t fly gliders at all while raising a family and building his business, Wilshire Associates, an independent investment management firm of which he is the CEO. When things settled down 33 years later, Tito rediscovered sailplanes. In 2008, at age 68, he soloed a low-performance Schweizer 2-33 sailplane. By 2009 he had moved up the performance ladder to the DG Flugzeugbau DG-1000M. Seduced by the excitement and possibilities of high altitude and long-distance flying in a sailplane, Tito pursued wave flying in his Arcus-J jet motorglider, using strong mountain lee winds to gain altitude and speed. With the support of his Tito Soaring Team, he raced other sailplane pilots all over the globe using the Online Contest (OLC) platform, a worldwide glider contest scored by computers. In 2018, Tito became the OLC U.S. champion and the OLC Worldwide champion. Like all racers, Tito wants to go faster. Among other enhancements, night vision equipment will help him pursue longer, faster flights.

According to Tito and other experts, the best places to fly wave are in the Sierra Nevada range in California and the Andes in Argentina. Tito keeps sailplanes in both locations, and by the way, he’s a sponsor of the Perlan Project—which also flies the Argentine Andes, seeking altitude gain rather than speed.

A role model for pilots of all ages, Tito particularly wants to be an inspiration for seniors. A robust 78 years old, he counsels with a chuckle, “Always envision a future for yourself, because life begins at 80.” Maybe not racing sailplanes, but living your own dreams.