Get the app Get the app
Already a member? Please login below for an enhanced experience. Not a member? Join today
News & Videos Proficiency: Get off the couch

Instructing is a great way to spend retirement

With years of initial training and extensive recurrent training, pilots are among the best trained professionals in the world. A lifetime of flying is a lifetime of knowledge and experience. Giving back in the form of instructing can make that expertise live on in the next generation. 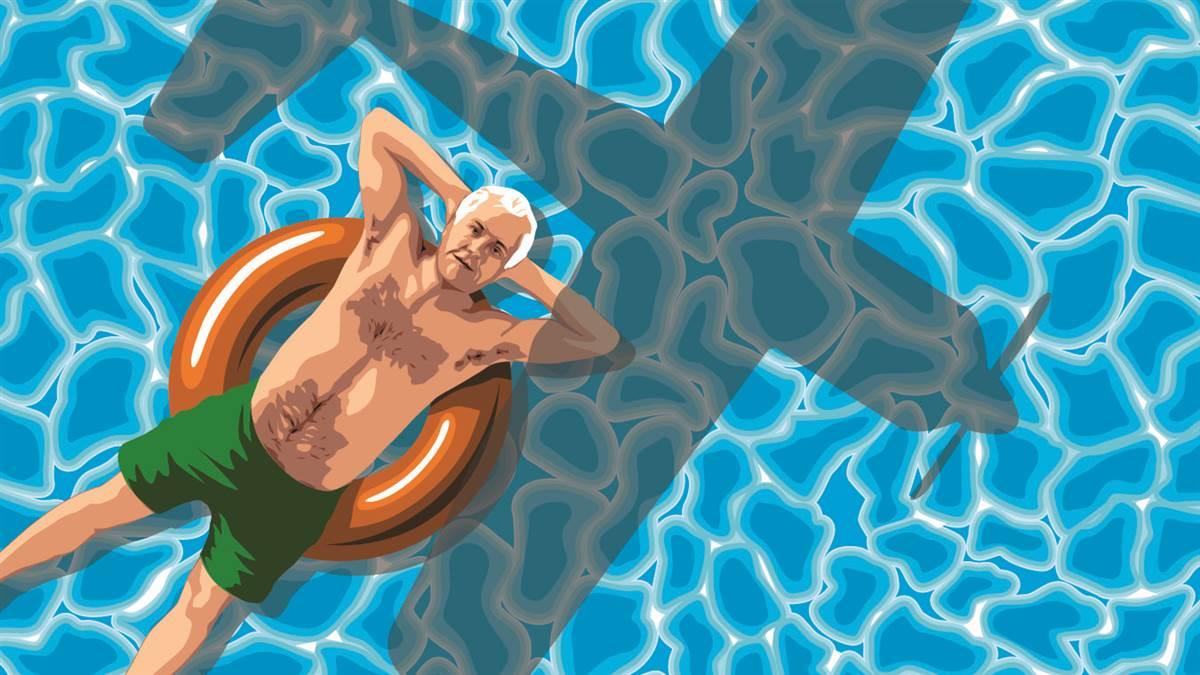 Anecdotally, many retired airline pilots note liability as a concern—and a reason they no longer want to instruct. Whether it’s the FAA coming after them in the case of a student mishap, or the more serious issue of financial ruin after a loss of life, liability can be a concern for instructors. AOPA Legal Services Plan senior staff attorney and AOPA Pilot columnist Jared Allen said that the FAA has come after some instructors for their students’ transgressions, but that if you can prove you properly trained the students and documented it appropriately, there is usually less to worry about.

The bigger issue is financial liability in the courts. Allen explained that it is entirely possible a crash victim or his or her family could sue the instructor, and with the sizeable assets of an airline retirement, the judgment could be devastating.

Active airline pilots can instruct, too

Many airline pilots don’t wait until retirement to instruct. Mentoring can bring an even bigger impact, especially with the current hiring and operational knowledge a pilot brings. Todd Bender is a line check airman for a major airline who came from the general aviation world. He spends his days off mentoring, coaching, and encouraging others. It might be a phone call to see how someone is progressing in training, or meeting a flight attendant at the airport who has shown interest in changing roles and wants to learn what flying is like. “You gotta give back,” he said. “I enjoy giving back to enthusiastic young people.”

He also instructs on the side, and especially likes students who are just starting out. “I enjoy giving them different techniques and ways of doing things.” For Bender it’s a way to share his passion for flying and ensure the next generation of pilots is ready to step in to the cockpit. “I’m done in nine and a half years. Someone’s gotta take my place.” —IJT

If you haven’t noticed, the regional airlines are facing a massive shortage of pilots. Most new hires are instructors at colleges, academies, and local flight schools, and flight schools know those instructors will be gone in fewer than two years. Having quality instructors who can be relied upon to stay at the school and offer some continuity is a dream many schools are unable to fulfill. Retired pilots are a great source of untapped potential.

Getting back into instructing is not difficult. If you were a flight instructor before flying for the airlines and have let your instructor certificates expire, the FAA requires that you take a checkride to reinstate the privileges. There’s no need to take a knowledge test, and no minimum training time is required. If you’ve never instructed, you’ll have to start from the beginning. That means taking the flight instructor and fundamentals of instructing knowledge tests, and a checkride. Although it could change at any time, currently the FAA is assigning CFI checkride applicants to local designated pilot examiners.

Instructors with current certificates have the easiest avenue. You can simply show up and start teaching. But it’s not a bad idea to take a CFI refresher course to make sure you are current on the regulations, airspace, TSA requirements, and all the other general aviation minutiae that you likely ignored from your Boeing 737 cockpit.

It’s also important to get reacquainted with light aircraft. David Johnson retired from Continental Airlines during its merger with United in 2010, and got back into instructing about a year ago. “It’s been interesting to learn to not flare at 50 feet or go down final at 140 knots,” he said. Usually only a few hours is required to become comfortable again, although certain things will always be different from the structure of a professional flying operation.

Johnson said the most difficult part of the transition back to general aviation is the different attitudes on safety, weather, and operations. “The airlines are much more safety conscious, and more conservative about maintenance and weather. GA pilots are more willing to accept—or maybe they don’t recognize—risk.” He mentioned the difference in response to something simple such as a cockpit light. At the airlines he would write up the squawk, call maintenance, and it would be fixed. In GA he said the first question in that case is always, “Can we fly without it?”

Flight school owner and retired FedEx pilot Ken Hammerton welcomes retired pilots into his instructor ranks, although he cautions that it sometimes isn’t what they expect. Hammerton explained that at the airlines, everything is made to ensure the flight crews are taken care of, so the flights run as scheduled. The hotels are nice, the shuttles are prearranged, there are wake-up calls, and the maintenance and dispatch are done in advance. “The airline pilot is spoiled,” he said. At the school, “We have to work!”

The rewards can make the work worthwhile. Hammerton spends most of his time running the school and doing stage checks, but he enjoys watching students develop over time. The school took on international students during the recent downturn, and today it still has students from Asia, Africa, and a few from Europe. “When you think of a kid coming from another country and English isn’t their primary language, they come here inexperienced and leave multiengine instructors. To see them evolve is really gratifying for us.”

Johnson instructed prior to flying professionally, and he said even then he enjoyed it. He loves being around aviation again. And now he gets to set his schedule and do the type of instruction he finds most rewarding. Most important, he feels like he is giving back. “It’s good to know that the knowledge I gathered isn’t just flushed because I retired. It’s still useful.

“Plus,” he said, “It beats sitting on the couch watching CNN or Fox News all day.”