Get the app Get the app
We will be performing maintenance on our systems Sunday, 8/21, beginning at 12:00 A.M. ET and ending at 6:00 A.M. ET. During this time, you may experience intermittent service outages. We appreciate your patience.
News & Media Pilot survives presumed case of COVID-19

Peter Williams of New York City coughed and cleared his throat frequently as he recounted what he and his doctor suspect was a brutal bout with COVID-19, the disease caused by the novel coronavirus. 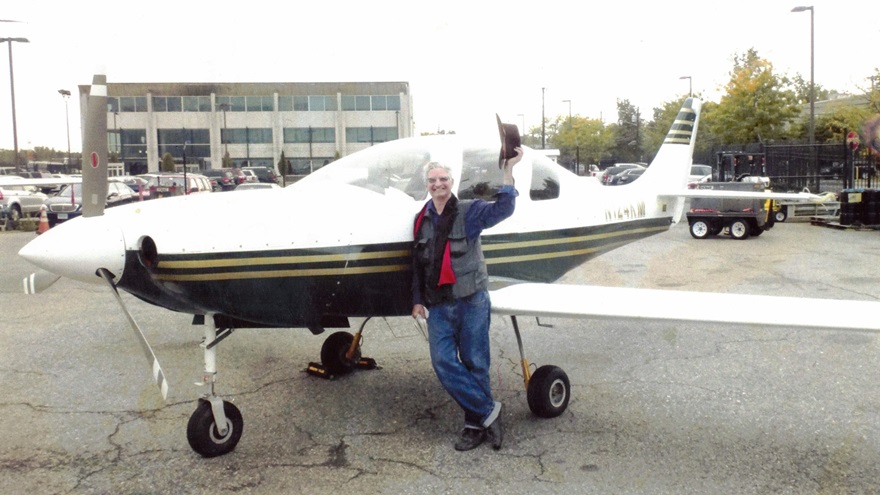 The symptoms replicated what doctors told Williams, a real estate entrepreneur and 4,300-hour pilot, they were seeing consistently in patients streaming into hospital emergency rooms in mid-March when New York City emerged as the nation’s coronavirus hot spot.

Williams is a vigorous, active, 76-year-old Manhattanite who exercises most days and regularly dances the Argentine tango. The first indication he had that something was amiss surfaced after he had loaded some items into his vintage 1929 pickup truck—but the pandemic wasn’t on his mind, he said in a phone interview on April 6.

“At first I didn’t know what hit me. I thought I just had a terrible night’s sleep,” he said. “By the time I got home I was a mess. Then I checked and I had a fever.”

Scary. But one bit of news about having a likely coronavirus infection was reassuring: “I wouldn’t qualify for testing, I’m not sick enough,” he said.

By the first week of April, more than 5,000 people had died from COVID-19 in New York state, including 3,000 in New York City, although Gov. Andrew Cuomo had begun pointing to hopeful signs that a “flattening of the curve,” representing a slowing of the increase in new infections, had begun.

Williams said he normally exercises five to seven days a week, following a varied exercise regimen, as well as four hours a week of Argentine tango dancing with his partner, who lives with him but has not become ill. Three years out from coronary bypass surgery, the health-conscious Williams credits his overall fitness for helping him through his ordeal; COVID-19 notoriously preys most severely on those with underlying conditions.

Williams learned to fly in 1968 at long-gone Zahn’s Airport in nearby Amityville on Long Island. He flies a Lancair IV, based at Teterboro Airport in New Jersey, or his “backup” airplane, a 1954 Beechcraft Bonanza E35, between the New York City area and properties in Martha’s Vineyard in Massachusetts, and Key West, Florida. He downsized to the fire-breathing homebuilt Lancair IV following years flying pressurized and unpressurized Cessna twins, without sacrificing airspeed, he said.

He knows he is fortunate that his illness—if it was COVID-19—did not reach his lungs, a stage at which the illness is known to take its worst turns. Still, it was “a very unpleasant experience,” marked early on by losing his sense of smell and taste—even spicy food “tasted like cardboard”—and 36 hours of high fever. His blood oxygen level, which he measures with a pulse oximeter, had begun to read several percent below his usual metric, but remained above the level that would put hospitalization on the table.

Then came dreadful coughing, 10 days of it. “They call it dry coughing, where you cough your brains up,” he said. A neighbor told Williams he could hear his coughing.

Five days of less severe coughing followed. “Throughout the whole period my brain was a fog,” he said.

With no appetite, even after the symptoms began to fade, Williams lost 15 pounds in two weeks. A continuing inability to bounce back from the illness worried him, but no one would tell him what might happen next. There were too many unknowns.

Then he remembered some important advice he had been given.

“The doctor had said, ‘Force yourself to eat.’ That was a seminal moment,” he said.

Williams made soups and drank fruit juice, and gradually began to improve, although he still felt “foggy.” He began venturing outside—wearing a mask over his face, he said—and “when things calm down a little more we’ll probably spend some time in Martha’s Vineyard. It’s peaceful and I’ve got plenty of projects there.”

An irony is that because of the pandemic, which began after the first cases were reported in Wuhan, China, the couple was forced to scrap a planned trip to Shanghai. And like everyone who has been touched by the pandemic, Williams wonders about the many unknowns: Is he still contagious? Has he become immune? Will the pandemic, which had killed 76,000 people worldwide as of April 7, subside this summer but reignite in the fall?

“With luck it will peak, and we’ll be on the far side of the bell curve come September,” he said.

Dan Namowitz has been writing for AOPA in a variety of capacities since 1991. He has been a flight instructor since 1990 and is a 35-year AOPA member.
Go to Dan Namowitz's Profile
Topics: People, Pilot Health and Medical Certification, COVID19