An online international airshow calendar gives a sense of the devastation. 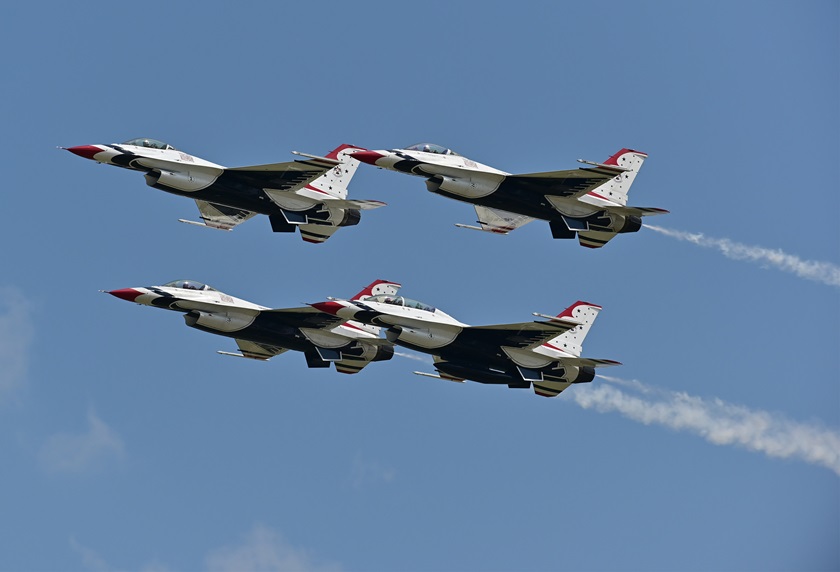 Large and small flight displays have been canceled or indefinitely postponed from New Zealand to New Jersey—and the hit list keeps growing.

The U.S. Air Force Thunderbirds and U.S. Navy Blue Angels consistently draw millions of spectators to airshows across North America—but spectators are not gathering anywhere this year. And pilots with warbirds or highly specialized aerobatic aircraft who count on airshows for their livelihoods have had their revenue slashed without warning.

Also, it’s unknowable whether shuttered airshows will be able to continue once the threat of the coronavirus lifts—and if they do continue, whether spectators will return in their former numbers.

“Everyone’s going through some very difficult, truly unprecedented times right now,” said John Klatt, a veteran airshow performer and chairman of the International Council of Air Shows (ICAS). “We’re going to support each other, we’re going to rally, and I believe we’re going to come back stronger than ever.”

Unlike previous downturns when airshow pilots could shift to airline or corporate flying gigs, or run altogether separate businesses, this time most U.S. airlines and corporate flight departments have radically reduced their flying, and countless businesses across wide sectors of the economy are in jeopardy.

Until now, the most comparable economic shock to airshows followed the 9/11 terrorist attacks when domestic airspace was declared off limits. But from a purely economic perspective, those tragic events took place in autumn when the airshow season was mostly complete—and the aviation industry recovered broadly in time for the next flying season.

Another lean year for airshows took place in 2013 when “sequestration” slashed federal budgets, stopped military airshows, and cut the military presence at civilian airshows. The broader economy was relatively strong that year, however, and airshow pilots had other outlets that could help absorb the airshow shortfall.

Other performers are pursuing their own online strategies. Scott “Scooter” Yoak, a P–51 Mustang owner and pilot who performs aerobatic routines in Quick Silver, is starting a YouTube channel to distribute a video series he’s creating about learning to fly, maintain, and perform low-level aerobatics in a wide range of warbirds.

“I’ve got 50 episodes mapped out,” said Yoak, an airline pilot living in South Carolina. “That’s enough to keep me busy for at least a year.”

Yoak, a certificated airframe and powerplant mechanic, is continuing to invest and upgrade Quick Silver, an award-winning P–51. He recently had a spare V-12 Merlin engine overhauled so that it’s ready to install when needed.

“I made the decision to have the engine overhauled in the middle of last year,” he said. “The engine that’s on the airplane right now is running just fine. The spare will be available when the time comes.”

Michael Goulian, a veteran airshow performer sponsored by Whelen Aviation Technologies, said he and his team are using social media to promote their sponsor without being able to fly in front of airshow crowds.

“You’ve got to get creative,” he said. “We’re using social media and getting ready to put out some ‘live’ video from the air.”

Goulian shares photos and video via Instagram and plans to participate in online airshow events. He anticipates that airshows will be allowed to continue in the late summer and fall, and he intends to be ready when prohibitions on large gatherings are lifted.

“We’ll try to do a year’s worth of events in three months,” he said. “Whatever it takes, my team is ready to put in the effort.”

The airshows themselves may be different when they resume.

Klatt of ICAS said to expect more hand-washing stations and sanitizer stations. But the outdoor events are better positioned to attract the public than football games or concert venues because airshows allow more physical space.

“We’ll be back in the skies flying before millions of spectators,” he said.

Patty Wagstaff, a headline solo aerobatic performer, said she’s trying to enjoy the unexpected downtime at a time of year that’s usually a flurry of activity. About half of the dozen airshows she flies each year have been scrubbed, and her aerobatic flying school in St. Augustine, Florida, has been temporarily closed by stay-at-home orders to combat the spread of the coronavirus. Flight students coming from overseas have postponed their visits indefinitely or canceled completely.

“I’m writing scripts for more aerobatic videos for Sporty’s [Pilot Shop],” she said, “and I’m doing some other writing projects, too.”

She said nonrefundable deposits from some of the airshows she had booked for 2020 help offset expenses from attending the winter ICAS convention in Las Vegas, but the lion’s share of each performer’s costs are unrelenting.

“I haven’t heard anyone offering discounts on hangars, or rent, and I don’t expect them to,” she said. “Airshows are a tough business and they always have been.”

Still, Wagstaff said she values the forced downtime and the perspective it’s brought. She rides a bike each evening for exercise, and the normally crowded streets of downtown St. Augustine are vacant, and tourists are gone.

“It’s beautiful, eerie, dramatic,” she said. “This is a time for reflection, and it’s given me more gratitude, more awareness of the things we have, and an appreciation for how quickly it can all go away.” 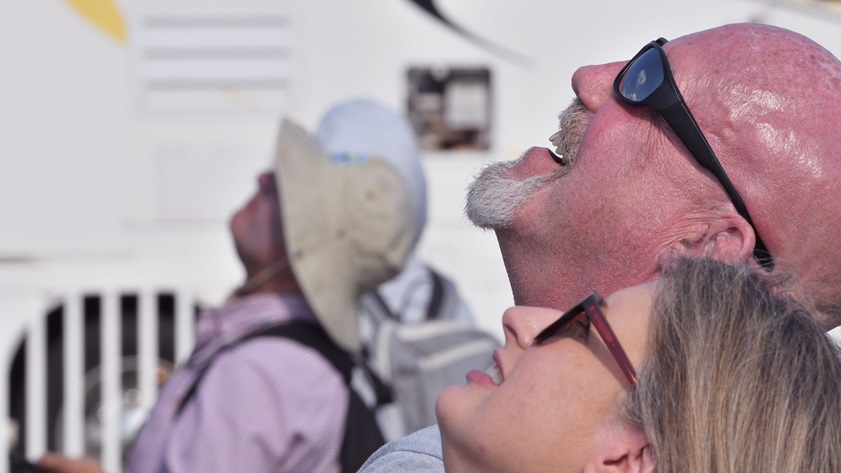 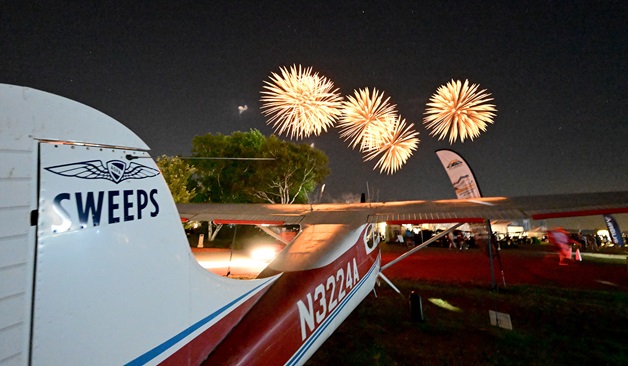 Burning bright in the AirVenture night