Get the app Get the app
Get the latest news on coronavirus impacts on general aviation, including what AOPA is doing to protect GA, event cancellations, advice for pilots to protect themselves, and more. Read More
Already a member? Please login below for an enhanced experience. Not a member? Join today
News & Videos Once a pilot, always a pilot

An 85-year-old pilot, no longer flying but still proud of her accomplishment, got a replacement copy of her 1960s-era pilot certificate in March thanks to the combined efforts of her student pilot granddaughter, the FAA, and friends in the aviation community. 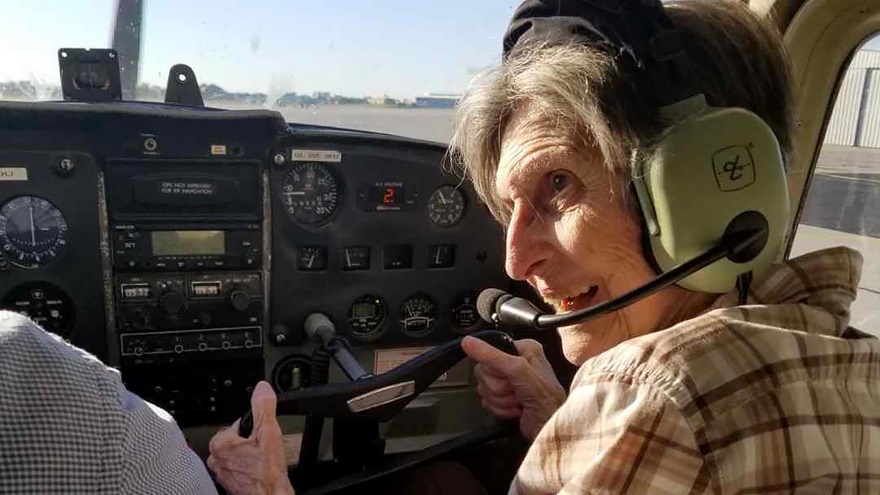 Barbara Gill earned her private pilot certificate in 1968 after being told women couldn't be pilots. Photo courtesy of Erin Koelling.

Barbara Gill earned a private pilot certificate in 1968. She still has her solo shirt-tail, proudly on display in her room at an assisted living facility in Kansas City, Missouri, along with a newspaper clipping celebrating her achievement.

“She’s always been a pioneer of women’s sports,” said Erin Koelling, Gill’s granddaughter. “She played tennis in high school because that was the only thing women were allowed to play. She went to college at Baylor University and coached numerous sports teams.

“Someone told her women can’t be pilots so she said, ‘I think I’m gonna get my pilot license,’” Koelling said. She said Gill trained in El Paso, Texas, where she was the only woman learning to fly.

“They did everything they could to get her out of there,” Koelling said, but Gill persevered. She flew recreationally for many years. Her son, Jody, is a private pilot, and Koelling started flight training in April. Koelling is taking a leave of absence from her job as a flight attendant supervisor for Delta Air Lines in Minneapolis to pursue her private pilot training.

When Koelling asked Gill about her pilot certificate, Gill couldn’t remember where it was—or if she still had it. So Koelling found her grandmother’s name in the FAA airman database. She sent Gill a link to the page. 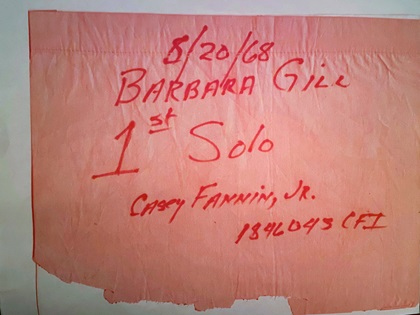 “Then I remembered you can order a new certificate, and I searched on the website, but it didn’t show a certificate number,” Koelling said. She posted a question to a Facebook group of women pilots, who suggested that the certificate number might be Gill’s Social Security number—a longtime FAA practice.

A member of the group who works for the FAA got in touch with Koelling and was able to look up her grandmother’s certificate number. Koelling quickly ordered a replacement copy of the certificate, now plastic instead of paper.

If you’re wondering whether the coronavirus pandemic plays a role in this, it does. Koelling requested the replacement certificate in March, just as nursing homes and assisted living facilities across the United States were instituting no-visitation policies for at-risk residents. That meant Koelling and her dad could not be there with Gill when she opened her envelope from the FAA. 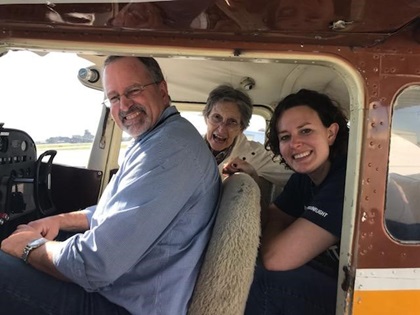 FaceTime to the rescue: Koelling convinced Gill to open the envelope during a FaceTime conversation, and Koelling and Jody Gill got to witness, sort of in person, Barbara Gill’s excitement when she opened the envelope.

Though Gill is not an active pilot, she still enjoys flying with her son and granddaughter. She’ll happily ride right seat in a Cessna 172 and take the controls from time to time. Gill’s son occasionally flies his mom down to Waco, Texas, to visit her siblings there.

Flight reviews expire every 24 months, but a pilot certificate is forever. Once a pilot, always a pilot—and Koelling said she was thrilled to do this for her grandmother. Koelling is taking it one step further and plans to present her grandmother with a membership to the International Organization of Women Pilots to celebrate her eighty-sixth birthday in July.