Get the app Get the app
Already a member? Please login below for an enhanced experience. Not a member? Join today
News & Media Training Tip: Nothing but nest
Sponsored by Aircraft Spruce

Training Tip: Nothing but nest

It’s a nature photo come alive as a colorful songbird perches on the propeller of an airplane parked at a country airfield, sun shining down through cotton-ball clouds and spring wildflowers blooming all around. 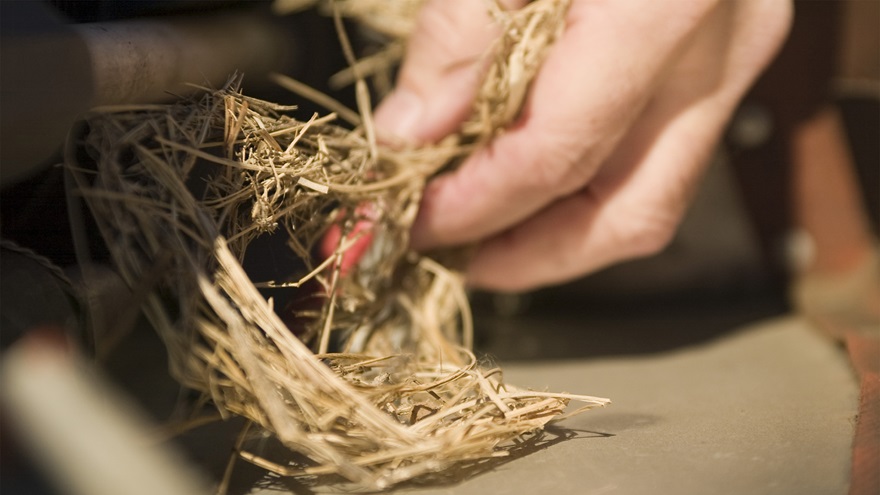 Before you can run back and get your camera the bird flies off—but it soon returns, a blade of grass in its beak, and disappears inside the cowling.

Watch out, nature lover. If your aircraft has been sitting for a while lately—and whose hasn’t?—as spring takes hold, it may be advisable to go get a screwdriver, not your camera, and uncowl the engine compartment to check for any unauthorized modifications that may be going on in there.

Whether it’s a nuthatch’s nursery astride the starter, a catbird condo capping the carburetor, or a robin’s retreat amidst the magnetos that gets you, your explanation of what happened may be hard to swallow if things went south because you failed to interrupt the engine’s interlopers before your first flight of nesting season (and those that follow).

There’s nothing baffling about the fact that birds or insects seeking a secure, protected niche for nesting prize the predator-proof, aluminum-roofed conditions inside a cowling; more so if signs of recent human activity are absent.

Tail cones, too, are avian-accessible, so take heed of any reeds protruding from the aircraft’s tail feathers.

Preparing for safe flight is the objective of the preflight assessment task on the private pilot practical test.

Cowl plugs and other devices are designed to scramble the best-laid plans of birds in breeding season, but an improvised approach to the problem could leave you with egg on your face: A helicopter pilot, aware that birds liked to build nests in the helo’s tail-rotor gearbox fairing, employed rags to obstruct access. But upon receiving a call to launch on a medical-transfer flight, the pilot forgot the rags during a walkaround inspection, finally remembering them before takeoff.

That incident, recounted for the Aviation Safety Reporting System, was a lark compared to the emergency landing (on a closed runway) reported by a single-engine Piper PA–32 pilot who noticed that the engine oil was overheating. After landing, the pilot undid the engine cowl and found a bird’s nest covering the oil cooler.

The pilot rationalized that checking under the cowling had not seemed necessary before flight “because [the] airplane is stored in [a] closed hangar,” and besides, the preflight had followed manufacturer-approved procedure.

Fair enough. But to parrot an old saying, it’s not nice to fool Mother Nature.

Dan Namowitz has been writing for AOPA in a variety of capacities since 1991. He has been a flight instructor since 1990 and is a 35-year AOPA member.
Go to Dan Namowitz's Profile
Topics: Ownership, Maintenance, Situational Awareness