Get the app Get the app
Already a member? Please login below for an enhanced experience. Not a member? Join today
News & Media VFR Unleashed: It doesn’t get any better than this

VFR Unleashed: It doesn’t get any better than this

When you recognize how far and wide your private pilot privileges can take you, a world of opportunity awaits. The fact that we are limited to visual flight conditions is just fine—the joys of seeing the world from above and the challenges of working with (and sometimes around) Mother Nature are what makes this kind of flying exhilarating. 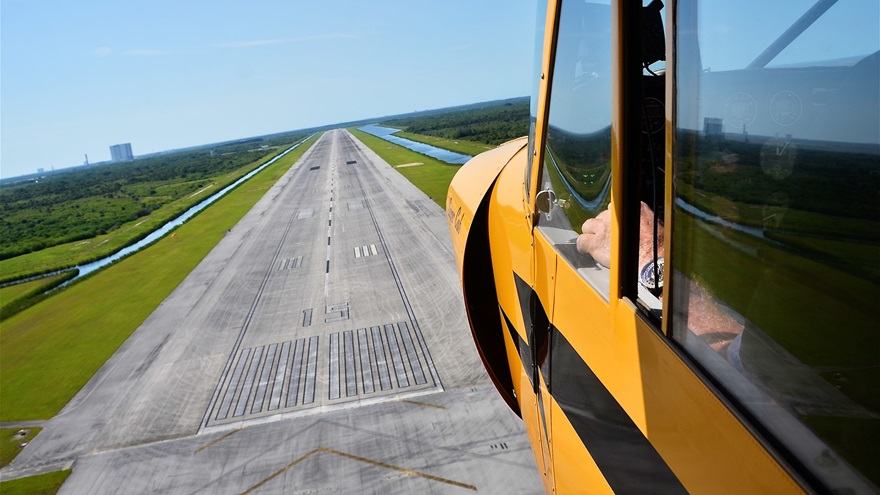 Receiving permission for a low flyby at the NASA Shuttle Landing Facility in Titusville, Florida, is amazing. At 15,001 feet long and 300 feet wide, it's one of the largest runways in the world. The massive Vehicle Assembly Building where Saturn V rockets and space shuttle missions were assembled can be seen in the background, and a full-size space shuttle mock-up sits near the airfield control tower. Photo by Chris Eads.

VFR flying has taken me to all four corners of our country. Along the way, I’ve been able to take in sights and experiences unrivaled by most earthbound activities. Here are some of my favorites. Perhaps they can inspire you to reach for the next distant destination, or the next challenging circumstance for you.

Low and slow along the river: I learned to fly not far from the Potomac River, a waterway steeped in rich American history. Flying along the winding river as it snakes between hills and mountains is a wonderful pastime. I’ve flown this at opposite ends of the performance spectrum—down around 40 knots in an open-cockpit Lockwood Aircam, and then again in the sleek, speedy performance of a Beech Staggerwing. But most often, I’m in a ubiquitous Cessna Skyhawk. Whichever way, it is aviating for no other purpose than simply flying—turn upon turn, gently following nature’s course and enjoying being in the air.

Sea level to service ceiling: The Skyhawk that a coworker and I rented from a California flight school made it up the Donner Pass at Truckee, California, just fine. But it took some finesse. The pass itself tops out at a reasonable 7,088 feet. Putting some healthy altitude between ourselves and the surrounding granite peaks over 9,000 feet high meant trying to eke a good 11,500 feet out of the fully loaded aircraft. Mix in a bit of density altitude, and the climb was cumbersome. As we crested the pass, we took in the beauty of Lake Tahoe. It was absolutely worth the effort.

Triple Tree Aerodrome: I don’t think there’s a more impressive grass airstrip in the nation. Known for incredible hospitality and an immaculate campground, the private Triple Tree Aerodrome in Woodruff, South Carolina, should be on every pilot’s bucket list. This airfield, which could easily double for a professional golf course, hosts several events per year. You’ll have to wait for coronavirus to pass; Triple Tree Aerodrome has canceled this year’s events just like the rest of us. But when it reopens, go. You won’t regret it.

Full moon rising: It was our third date. She agreed to let me to take her up in a small airplane—something she had never done before—for dinner at an airfield restaurant a short flight away. I knew I had a great catch when she was giggling and exclaiming excitement the entire flight. I even let her handle the controls for a bit, and to my complete surprise, she held altitude within a hundred feet and heading within five degrees for over 20 minutes of simple maneuvers I talked her through (it took me at least 30 hours of primary instruction before I could maintain that precision!). As we turned onto a 10-mile final back to Frederick, Maryland, the full moon rising completed the romantic splendor of the evening. Four years later, we married. 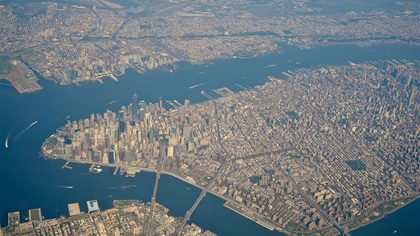 On top of New York: It might surprise you to think that you can be right above some of the busiest airspace in the nation and not talk to a soul. New York City’s complex Class B airspace tops out at 7,000 feet msl—rare for Class B—as it covers three major airfields. Cruising eastbound at 7,500 feet (or westbound at 8,500) is in Class E airspace, requires no coordination with ATC, and is well within the performance capabilities of my favorite Cessna. When the visibility is unlimited, the sights of the Big Apple are outstanding. (A hint: New York Approach controllers seem to prefer having you on VFR flight following. It enables them to identify you to airliners climbing out from just below you. They’ll be friendly; just ask.) Want a more up-close look at Manhattan? I hear that a VFR flight along the Hudson River corridor is spectacular. I’ve not done it yet, but it is on my bucket list. 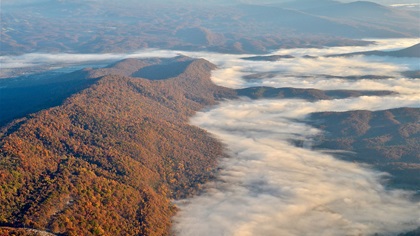 Explosion of color: Everyone loves fall foliage in the lush Appalachian Mountains. Throngs of tourists fill every highway overlook seeking some elevation to take in the sights. But we can soar above it. Add a touch of low-lying morning fog in the valleys, and it is a perfectly peaceful experience. You should make the airborne trek this fall when the leaves are at peak. And the best part is that you won’t have to wait in traffic.

Where spaceships used to land: It is one of the longest, widest runways on the planet. Tremendous history has taken place there. It is restricted airspace, and you cannot land without written permission that won’t be easily obtained. But the Class D controllers at the NASA Shuttle Landing Facility in Titusville, Florida, have been known to grant VFR pilots the privilege to enter the airspace and do a low flyby along the runway. It is quite impressive to fly the same approach that 78 shuttle missions flew upon their return from space, albeit quite a bit slower and with a much shallower glide. Give them a call and see if they’ll let you pass through. Just don’t touch down; that won’t go well for you. 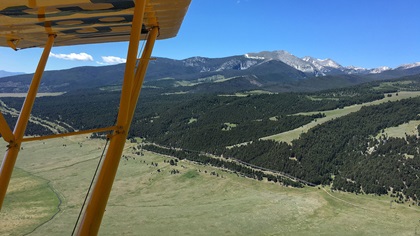 Into the Rocky Mountains: Visiting Montana is on many Americans’ wish lists. Attending the Round Engine Round-Up in Idaho Falls, Idaho, got me there. I’ve never met a more enjoyable group of aviators than the Hoff family and the annual gathering at their Aero Mark FBO. But the best part of the trip was the super-slow, super-fun trek in a Piper Cub from Idaho up to Seeley Lake, Montana. Complete with a gorgeous lodge on the airfield and a great steakhouse in town run by that Piper Cub’s owner, it is an aviator’s paradise.

I could go on and on with other fascinating destinations—circling above San Francisco’s Golden Gate Bridge; cruising around Seattle’s Puget Sound; long treks across the Midwest visiting the hospitality of small-town America; skirting the coastlines of the Gulf of Mexico, or the Atlantic or Pacific Oceans. And then there’s the challenge and wonder of navigating around and among complex weather, seeing the sky in all its forms and beauty.

The point is this: Flying is an incredible privilege that so few humans have ever experienced. Because we are skilled and certificated to do this, we need to fly and fly often. Stretch yourself. Go to new places. Make the careful plans and set aside the resources to visit those sights you’ve always wanted to see and see them from the air. It just doesn’t get any better than this. 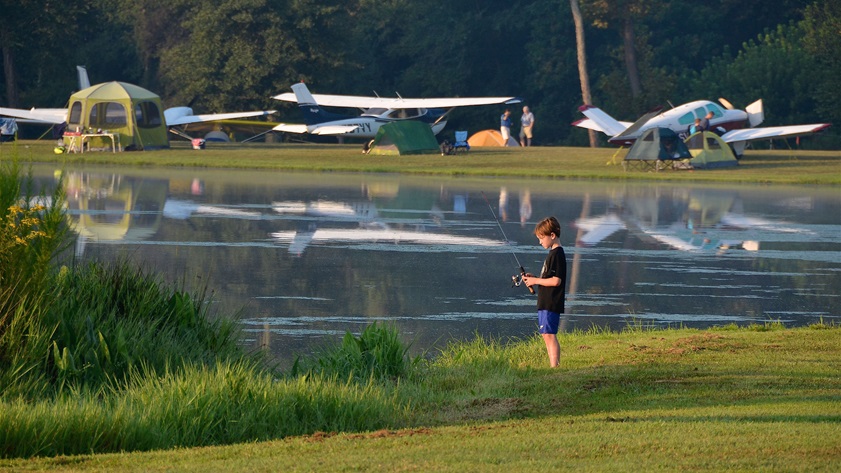