Get the app Get the app
Get the latest news on coronavirus impacts on general aviation, including what AOPA is doing to protect GA, event cancellations, advice for pilots to protect themselves, and more. Read More
Already a member? Please login below for an enhanced experience. Not a member? Join today
News & Videos Meet Mel the Traveler

With aviation events canceled or pushed online, more aviators are turning to social media in search of the connection, enthusiasm, and inspiration we usually get from in-person events. Cue social media stars like Mel the Traveler who are sharing their adventures in aviation and helping to fill that void virtually. 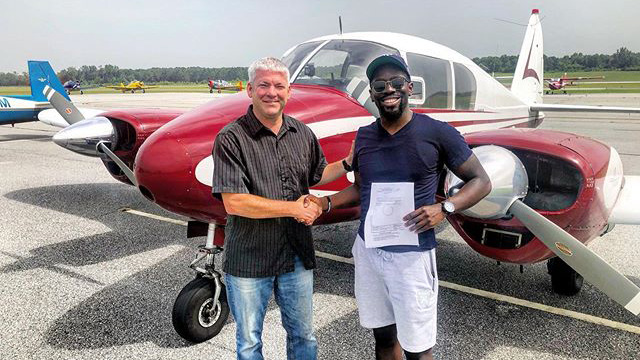 His real-life experiences translate well to online entertainment and continue to grow in popularity as he works to inspire the next generation of diverse, aspiring pilots.

Mel the Traveler, a self-proclaimed aviation nerd whose real name is Melvin Williams, has garnered more than 18,000 followers on his Instagram page and is growing his following on YouTube as he shares his journey while also getting the attention of fellow aviators and pilot influencers.

Williams works full-time as a maintenance instructor on the Boeing 737NG with Delta Air Lines. He’s also a commercial pilot who enjoys buzzing around the Atlanta area in his Beechcraft Musketeer. He recently became a proud first-time daddy to son Ace Leonard Williams. And he's working to earn his flight instructor certificate while juggling his young family and demanding aviation goals.

His engaging, authentic content documents his everyday life and general aviation flying adventures from taking on spin training and a tailwheel endorsement to brushing up on his aerobatics and instrument skills. His adventures are even better in real life as Williams describes that he is currently, “living out his dreams,” as a GA pilot on his journey to 1,500 hours.

AOPA reached out to Williams to find out what motivates and inspires him, and where his followers can expect to see his journey take him. 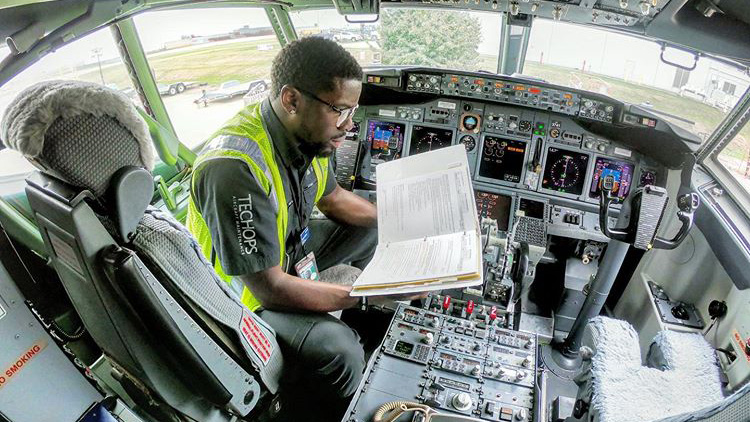