Get the app Get the app
Get the latest news on coronavirus impacts on general aviation, including what AOPA is doing to protect GA, event cancellations, advice for pilots to protect themselves, and more. Read More
Already a member? Please login below for an enhanced experience. Not a member? Join today
News & Videos Training Tip: ‘I should have…’

You are taxiing into the parking area at a big aviation event under the direction of an aircraft-parking marshal who is signaling you to turn right and maneuver between a fence and a parked airplane. It looks like a tight squeeze, but the marshal has things under control—right? 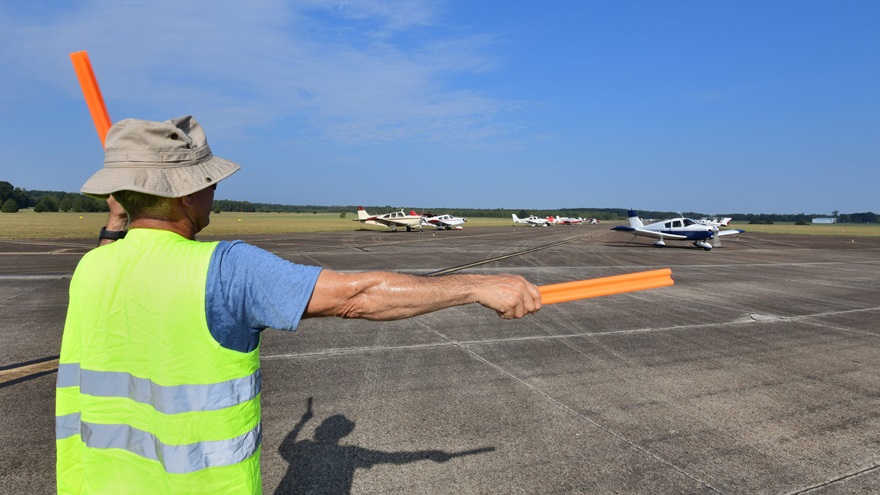 In this AOPA file photo from the 2019 AOPA Fly-In at Tullahoma, Tennessee, a marshaler uses hand signals to guide aircraft to parking. Even with marshaling, it is up to pilots to decide what is safe. Photo by Mike Collins.

Not in this case. The Piper PA–32’s left wing struck a fencepost, causing substantial damage. Not a great way for the pilot or the two passengers to begin a fun day at the airport.

A Cessna 152 landing after a short cross-country flight touches down hard and bounces. The 100-hour private pilot at the controls tries again, but the aircraft, a flying club trainer, hits hard again—and this time the nosewheel collapses, the propeller strikes the pavement, and the firewall bends.

After both of these events, the pilots filled out NTSB Form 6120.1, which provides the who, what, when, and where of what happened and is used for “accident prevention activities and statistical purposes.” However, the reports may do their best work as case studies promoting safety at a grassroots level.

The form asks the aircraft operator or owner to provide a recommendation responsive to the question, “How could this accident/incident have been prevented?” The responses offer the NTSB insights into safety or training issues that—in the aggregate—may be worth addressing to the FAA or others in the aviation community. The filings, included in the dockets of many accidents, can also help other pilots avoid many common accident pitfalls, as well as injury or the expense of a bad outcome.

The human factors a private pilot applicant must understand include aeronautical decision making.

“I should have better situational awareness,” wrote the pilot whose Piper’s wingtip collided with the fence during a taxi turn.“I wish I had shut the engine down and we should have pushed it to the camp site,” adding that another idea would have been to assign each of the two passengers to watch a wingtip during the taxi operation.

The pilot of the Cessna 152 learned an all-too-common lesson the hard way from the bounced landing that was the aircraft’s final flight after decades of service.

The new pilot summed up the accident’s key morsel of wisdom succinctly but precisely in this simple response: “I should have done a ‘go-around’ instead of trying to land the airplane again.”

In these and innumerable other scenarios, the overriding lesson is that when you are the pilot in command of an aircraft, the decisions are yours.