Get the app Get the app
AOPA Members DO more LEARN more SAVE more - Get MORE out of being a pilot - CLICK HERE
News & Media GA airports: Cal Fire's greatest arsenal

California wildfires displaced more than 136,000 residents and engulfed 1.4 million acres of land in what are considered some of the worst conditions the Golden State has ever seen. As aerial firefighting and emergency response continue, the role general aviation airports play is vital to local communities. 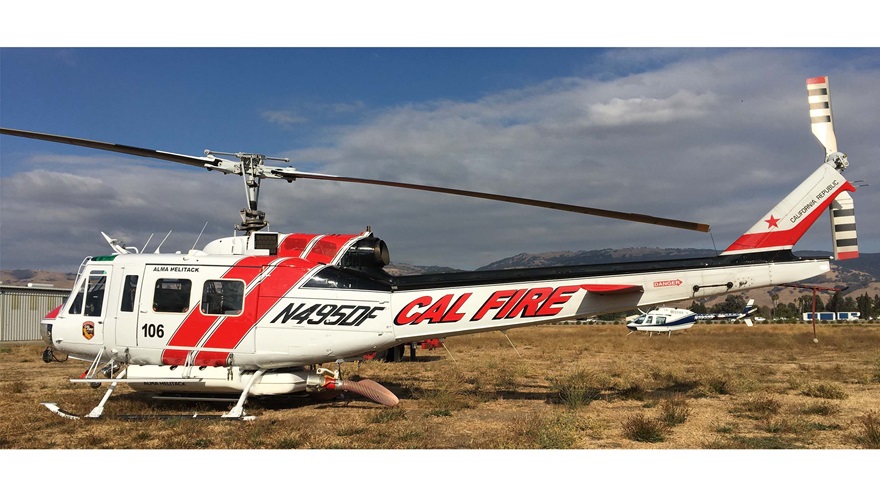 The devastation was caused by lightning strikes from a series of intense thunderstorms and was exacerbated by hot temperatures and high wind. Spreading into the Sierra Nevada, and into regions surrounding the San Francisco Bay area, there are currently more than 600 fires blazing across the state. First responders have taken full advantage of Santa Clara County’s airports for refueling aircraft with fire retardant chemicals, rotating crews 24/7, performing ground maintenance, and utilizing the facilities as a home base.

Spanning 179 acres and centrally located, San Martin Airport is well-equipped and no stranger to emergency scenarios and natural disasters like earthquakes and fires. On August 21, Cal Fire began the process to set up a helitack base at San Martin Airport to station between nine and 12 helicopters on the field. The airport’s parking ramp and the grass fields at the south end of the runway and taxiways are being used, and a temporary air traffic control tower will be brought in for safety during this response effort.

Meanwhile, to the north, Reid-Hillview of Santa Clara County Airport is also playing a significant role in firefighting. Deployment of tanks for helicopter fire retardant refueling have been placed on the field and are being used by Cal Fire helicopters, which are able to fly during reduced visibility. While Cal Fire has a main base in Hollister, facilities like Reid-Hillview allow the department to cut travel time and therefore save more homes, land, and wildlife.

Unfortunately, Reid-Hillview has continually been targeted by officials in Santa Clara County who are actively planning to close the airport in order to develop the land for housing. County supervisors have gone as far as to stop accepting federal Airport Improvement Fund grants for airport upkeep—a first step toward closing the airport as officials believe declining the funds would start a clock running toward the expiration of grant obligations and a closure date of 2031.

Kenny Behlen, a pilot and resident of Santa Clara County, expressed his frustration with elected officials who have failed to see the value the airport brings to the community. In a Facebook message to the community, Behlen wrote, “Please be safe and please stress to our local representatives the importance assets like Reid-Hillview airport are for our community. While in normal times it may not seem necessary, it is during these horrific moments in time that their true value is shown to us. The additional risk we all face by removing vital infrastructure is something our elected representatives need to take seriously.”