Ruth Varn, a staunch activist and advocate for general aviation, and recipient of AOPA’s Laurence P. Sharples Award in 1986 for her efforts in defending Florida’s Albert Whitted Airport, died in Newport News, Virginia, at age 94. 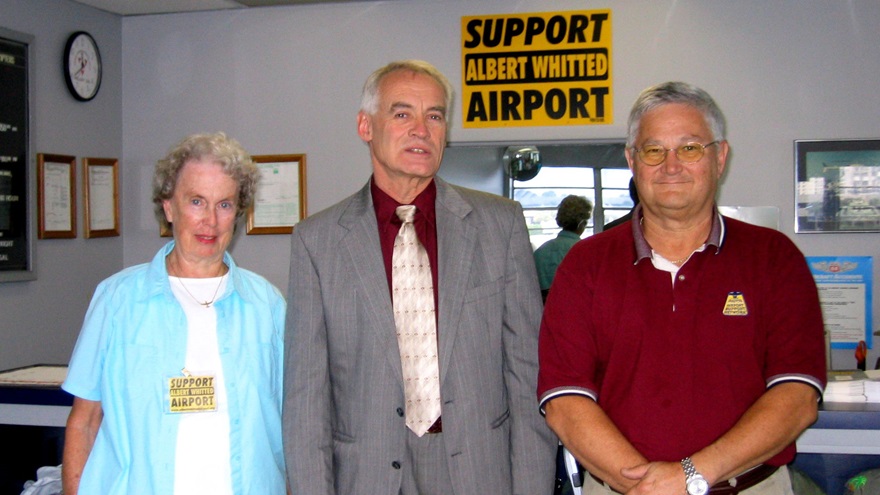 Varn was an avid defender of GA, and her many contributions are a key reason Albert Whitted Airport still exists today. As former head of the Albert Whitted Advisory Committee and the Albert Whitted Political Action Committee, Varn devoted countless hours advocating for the airport and gave many speeches urging the city council to support the airfield. She was an active participant and community leader as the airport came under developers’ attack on two occasions—first in 1986 and again in 2003.

Seeing the value Albert Whitted Airport provided to the St. Petersburg community in 2003, Varn, local advocates, and AOPA helped educate local voters on ballot issues affecting the airport, which was threatened with redevelopment. After a grueling process and uphill battle, residents voted to keep the airport open “in perpetuity” by a margin of three to one. The vote also included the provision that the city accept federal grants obligating the city to maintain the airport; an overwhelming majority of 78 percent rejected a plan to close the airport by the year 2011.

Thanks to the passion and commitment of people like Varn, this historic asset remained open and allowed the community to reap its benefits. Today, the reliever airport is home to more than 180 based aircraft and handles approximately 98,000 aircraft operations annually. Albert Whitted Airport boasts a total economic impact of more than $79 million and supports 665 jobs, according to the latest Florida Department of Transportation economic impact study.

Former AOPA President Phil Boyer spoke fondly of Varn, saying, “Ruth understood the importance of Albert Whitted Airport to its community, and though not a pilot, it was her vision that the airport was a far better land-use than high rise buildings. She along with AOPA and local airport advocates fashioned a successful campaign that in the end saved this valuable airport.”

Varn’s tenacity and commitment inspired many to get involved in airport politics. AOPA is forever grateful for her contributions and considers Varn a lifelong friend to GA. She will be missed.