Get the app Get the app
Get the latest news on coronavirus impacts on general aviation, including what AOPA is doing to protect GA, event cancellations, advice for pilots to protect themselves, and more. Read More
Already a member? Please login below for an enhanced experience. Not a member? Join today
News & Media People: Wheelie record

Flight instructor Christopher Freeze kept the nosewheel of a Cessna 172 off the ground after landing for 14,319 feet (4.364 kilometers) at Southern California Logistics Airport in Victorville to set a Guinness World Record. 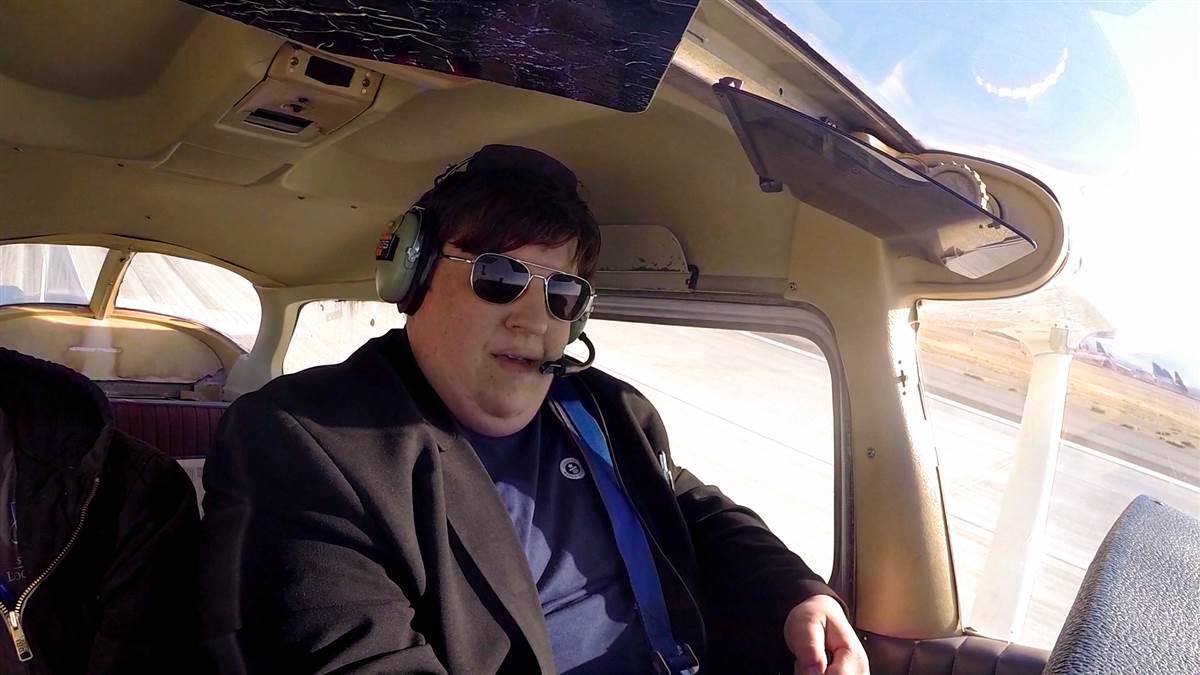 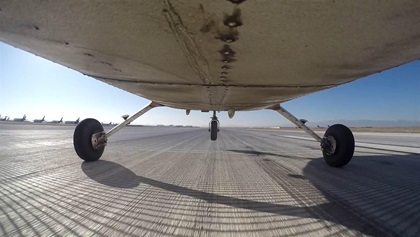 Freeze said the wheelie idea came about when he realized “there’s not a lot there” for the average pilot seeking recognition without a large support staff or a big budget. The Virginia-based CFI said he learned the previous wheelie record was two kilometers, and he felt it was within his shoestring budget—if he could find the right airport and conditions—to satisfy Guinness World Records requirements.

“I don’t want to just break the record—I want to knock it to the moon,” he said.

Finding a suitable airfield was a challenge. Freeze said the longest runway in the United States is at Denver International Airport, but disrupting passenger traffic for “a couple of hours” was out of the question. Victorville’s 15,050-foot-long Runway 17/35 “was the right combination of everything,” he said.

The secret to Freeze’s success was modifying his soft-field technique to extend the main-wheels-down, nosewheel-up attitude for a few miles. During practice he identified the rollout’s correct feel and angle as being on the “razor’s edge” of flight without becoming airborne. “You get the airflow going and you kind of keep the power in, [add] a little bit of trim, just hold the back-pressure in,” and “look for the sweet spot” where “you just keep the nose up, don’t let it come down, don’t put in so much power that you’re popping back up” off the ground.

A belly camera documented the early morning wheelie attempt before winds or traffic became a factor.

After chirping the mains, he “added that power in and kept the flaps at 20 degrees and kept on rolling”—for 2.71 miles. With about 500 feet of runway remaining, Freeze raised the flaps, reduced power to idle, gently lowered the nose, and came to a stop within about 50 feet of the overrun area.

Freeze is a professional aviation writer and an airline transport pilot with more than 3,000 hours. In 2018, he won the California-based Hayward Air Rally proficiency challenge. “Aviation has so many things to offer, it’s impossible to do it all,” Freeze said, “but that doesn’t mean you can’t try.”