Get the app Get the app
Already a member? Please login below for an enhanced experience. Not a member? Join today
News & Media Technique: Perception isn’t reality

Those tiny point-of-view (POV) cameras that flood YouTube with content can also give pilots some valuable training tips—particularly in how to improve landings. Here are a couple of recent success stories, courtesy of a couple of GoPro cameras. 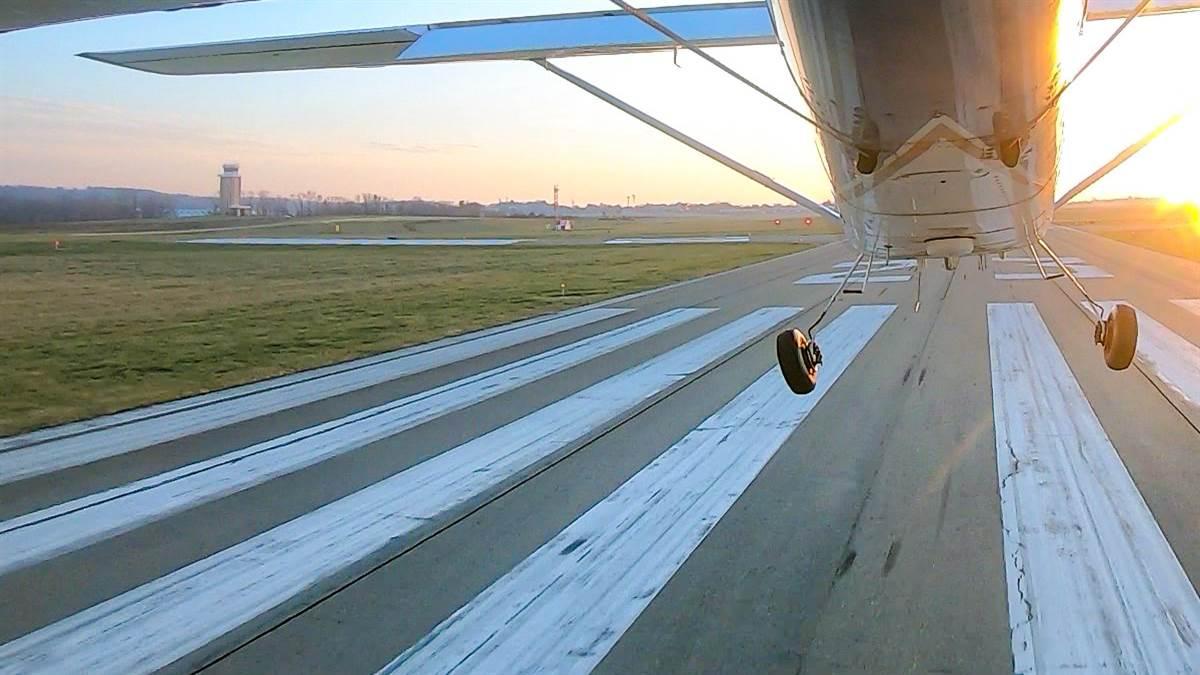 A GoPro camera mounted on the tailwheel assembly recorded the airplane’s attitude and runway placement during a series of landings. Reviewing the video showed the pilot exactly what was happening during a series of takeoffs and landings in windy conditions.
GoPro cameras are the invention of California surfer Nick Woodman, who created them in 2002. Because competitive surfers desired to go professional, the name was chosen; the hero shot was branded because the aim and range of the camera gave a surfer the close-up “hero” shot.

First, the pilot of a new-to-him Mooney M20 Ovation was so bedeviled by landing difficulties—and so concerned about potential prop or tail strikes—that he was considering selling the airplane. I attached a camera to the belly of the airplane pointed forward, so its wide-angle lens captured all three tires as they contacted the runway.

The pilot flew very well and was precisely on speed during his final approach. But the landing flare had no flare at all, and he touched down flat and let the airplane rock fore and aft as it decelerated. It was ghastly, and he really was in danger of a prop strike.

When I asked him how high off the ground the nosewheel had been at touchdown, he estimated it was at least six inches in the air. When we reviewed the video, however, he was shocked to see the nosewheel touching down at exactly the same moment as the main wheels. “That’s not at all how I remember it,” he said during the review session.

I attached a camera to the belly of the airplane pointed forward, so its wide-angle lens captured all three tires as they contacted the runway. The camera provided the proof he needed to see that his initial perception was wrong.The reason for his misperception is that the Mooney rests at a roughly 5-degree nose-up attitude on the ramp. It feels like it’s in a landing attitude when the wheels are on the ground. To get the airplane in the proper landing attitude requires an exaggerated nose-up attitude of approximately 10 degrees, and the pilot was reluctant to raise the nose that high because he was worried about dragging the tail.

Once he saw the video, his concern about a tail strike went away and he started making consistently excellent landings. The camera provided the proof he needed to see that his initial perception was wrong.

Next, I attached the cameras to a Cessna 180 Skywagon. A highly experienced pilot had recently been checked out in the airplane, but tailwheel aircraft were relatively new to him. He felt confident flying the demanding airplane in light winds but wanted to gain experience in more challenging conditions.

With a GoPro camera mounted a few inches ahead of the tailwheel and looking forward, the wide-angle lens showed both main wheels, and the wings from tip to tip.

The pilot made four takeoffs and landings with a quartering headwind gusting to 20 knots. A second camera with audio recorded the pilot’s comments and observations during the 45-minute flight. Afterward, I asked the pilot what he expected to see on the video, and his answer was succinct and, as it turned out, accurate.

“I’m surprised that the bounces, on tape, don’t look as bad as they felt when they were actually happening,” the pilot said. “I can see what I’ve got to do to eliminate them.”“I’m anticipating two good landings, two bad landings, and lots of bounces in between,” he said. “All of the touchdowns were left of the centerline, and most of them drifted further left on rollout.”

The camera captured pretty much exactly that.

The pilot and I reviewed the video on a wide-screen monitor, and he’d slow it down and replay key sections. The audio was helpful, too, because it showed his perceptions of what the airplane was doing in the moment matched the reality of what was taking place where the rubber met the runway.

“I’m surprised that the bounces, on tape, don’t look as bad as they felt when they were actually happening,” the pilot said. “I can see what I’ve got to do to eliminate them.”

There’s an old saying that every landing improves—in the pilot’s mind, anyway—the farther he taxis away from the touchdown zone. But POV cameras allow us to see things as they really happened. We can be clinical and dispassionate, and we don’t have to rely on our faulty memories. They call it a license to learn—and video from POV cameras can teach us a lot.