Get the app Get the app
Already a member? Please login below for an enhanced experience. Not a member? Join today
News & Media Top mechanic: Dennis Wolter

How do you know the nation’s best aircraft mechanic? Every year the General Aviation Awards Program grants a prestigious award to the nation’s top maintenance technician. 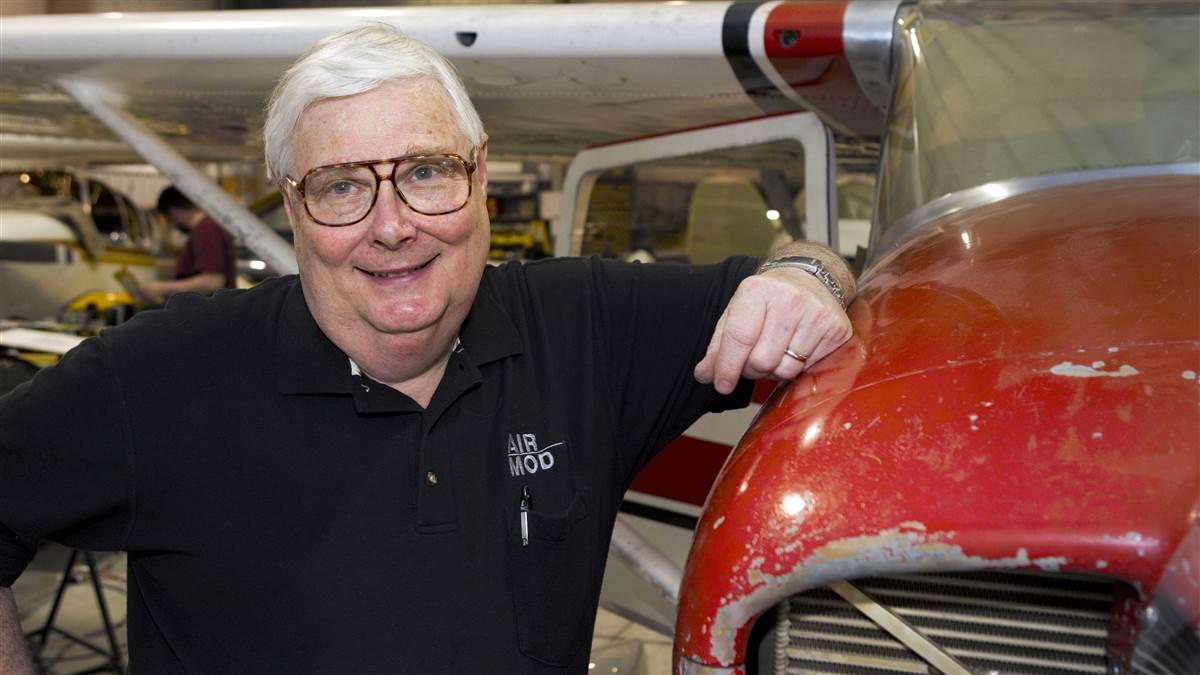 Extra | Wolter was first on the scene of a crash that killed one and seriously injured his mentor Richard Donahue. So began his conviction that all general aviation airplanes should be equipped with four-point harnesses. He began securing field approvals to install four-point harnesses in Beech and Cessna airplanes.

This year, the 2020 Aviation Technician of the Year prize went to Dennis Wolter, president of Air Mod, located at Cincinnati’s Clermont County Airport. Wolter, who began Air Mod in 1973, typically completes 25 to 35 interiors every year, so there are some 1,500 examples of his work out there flying today.

Drawn to aviation (and quirky motorcycles) from an early age, Wolter rode his Sears Allstate moped to Cincinnati’s Lunken Airport as a teenager, just to watch the airplanes. Washing cars at a local Dodge/Plymouth dealership didn’t pay enough for flying lessons, but the manager of the Aero Services FBO at Lunken offered 17-year-old Wolter a job washing airplanes. That manager was Hal Shevers, who’d go on to head up Sporty’s Pilot Shop.

By 1961 Wolter had his private pilot certificate. With the money earned flying right seat on night mail runs in Beech 18s, playing with a rock band, working in an avionics shop, and making medical training films, Wolter paid his way through the University of Cincinnati, earning a bachelor of science in industrial design in 1969. He later earned his airframe and powerplant certificate and inspection authorization.

“The medical filmmaking [instructional films showing surgery and other procedures] gave me an appreciation of anatomy,” Wolter said. “I flew a lot of brand-new airplanes while working at the avionics shop.” The new airplanes were an eye-opener. “The airplanes had such uncomfortable seats; and cheap, lousy plastic panels; and the cabins were so noisy,” he said. “So, I started thinking: These airplanes were brand-new, and they were so bad. Was this the best they could do?”

The germ of the Air Mod idea had formed. Wolter would remake interiors with seats tailored to each pilot’s body dimensions and proportions. Use soundproofing materials of varying thicknesses, designed to dampen the low frequency-high amplitude sound emanating from the firewall, cowl, and cabin sidewall and overhead. Noise reductions of seven to eight decibels would be achievable.

Air Mod started in a hangar at Clermont County, then Wolter moved to Lunken. Word began to spread. By 1993 Air Mod had earned its niche, and Wolter expanded the scope of his work to address a growing but neglected issue affecting the aging general aviation fleet: corrosion. The following year, he was chosen to upgrade the first of five AOPA membership sweepstakes airplanes—a 1978 Cessna Skyhawk AOPA called the “Better Than New 172.”

“The Better Than New 172 really helped build our business to a new level,” Wolter said. “We moved back to Clermont County in 1994 and built our own hangar.”

Parked next to Air Mod is Wolters’ own Cessna 172. And in his hangar are bikes from his 52-strong motorcycle collection, and a reminder of his first days at Lunken: his two-stroke, 12-horsepower Allstate.