Get the app Get the app
News & Media What went wrong? Perilous departure

The Piper PA–24-260 Comanche is a comfortable, capable traveler with decent speed, long range, and good useful load. At maximum gross weight of around 3,200 pounds and at 3,300 feet density altitude, it will still climb at 1,100 fpm. Even over gross by about 4 percent it has good performance. 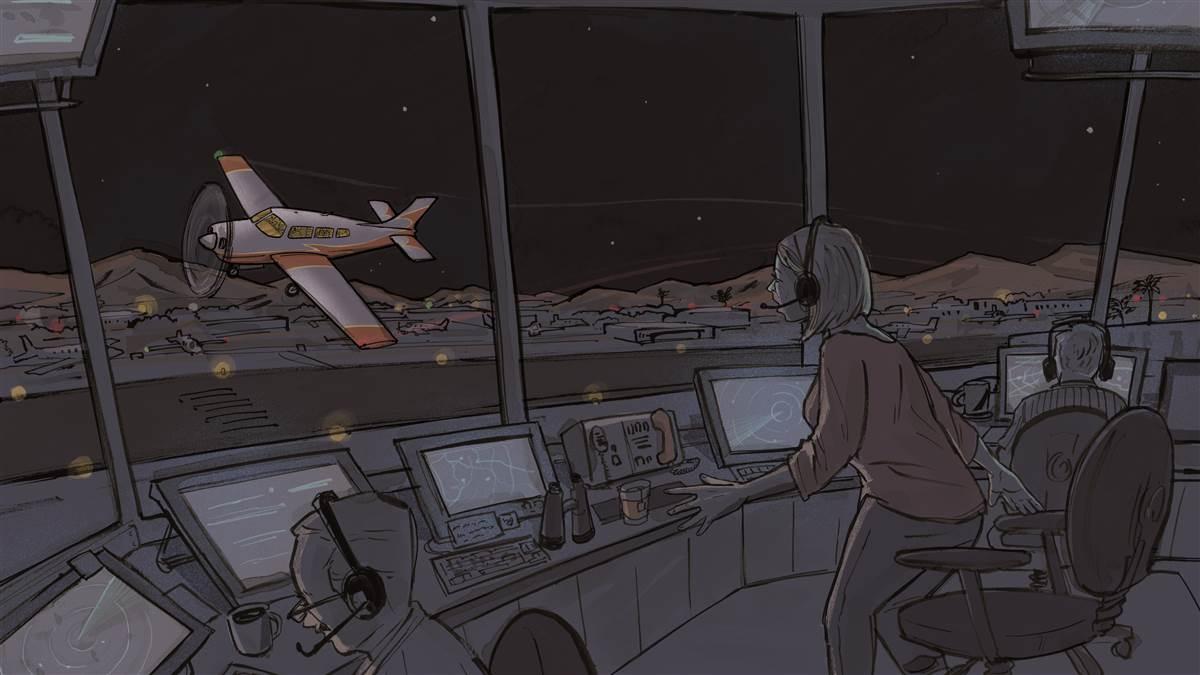 Four percent over gross with an engine producing a little less than full output, it will fly and climb. Over gross with a sub-par engine and a center of gravity some 2.2 inches behind the aft limit, however, the reliable workhorse has virtually no chance. According to the NTSB final report, those were the conditions leading to a crash that took six lives during what should have been a fun jaunt from Scottsdale, Arizona, to Las Vegas in the spring of 2018.

A CFI flew the Comanche from Las Vegas to Scottsdale just prior to the mishap flight. Ten minutes after landing at Scottsdale, he began loading passengers: two women in the aftmost seats, a couple in the middle seats, and the student pilot in the left seat. He departed Scottsdale 20 minutes later—after a total of 26 minutes on the ground to taxi in, load, brief a new student on a night cross-country flight, crank, taxi out, and depart. NTSB investigators believe it was the first time the CFI and the student pilot had flown together. The student pilot had neither a medical nor a student pilot certificate. The CFI had some Comanche time, but his only flight in the mishap airplane was the flight down to Scottsdale, which had originated from Las Vegas just prior to sunset and landed at Scottsdale an hour past civil twilight.

A CFI with a new student, unaware of the aft CG, might think it was a problem with pilot skill and at first be unalarmed—only to learn too late, when he took full control of the airplane, that the problem was more complex.Witnesses reported a seemingly normal engine run-up. The Comanche departed and during rotation immediately began a series of “extreme” roll oscillations, which continued after liftoff. The tower controller also noted the engine sounded as if it was not producing enough power, and she asked the Comanche if they were experiencing any difficulty. A pilot, likely the CFI, responded that they were “in training mode.” The oscillations subsided and the airplane appeared to be under control, albeit not gaining altitude as expected.

At the departure end of the runway, the airplane began a climbing left turn. Witnesses reported the engine sounded normal. A voice, likely the CFI’s, began to transmit what seems to be a change of plans for departure, but the transmission was truncated. The Comanche’s climb peaked at about 200 feet agl and, continuing the left roll, transitioned to a nose-down attitude and crashed onto a golf course—less than 30 minutes after the CFI’s initial arrival at Scottsdale.

By far, the most devastating of the problematic conditions that hot spring night was the substantially aft center of gravity, found by the NTSB to be at least 17 percent out of limit. Such an aft CG would make a Comanche—and most airplanes—close to uncontrollable immediately after liftoff. The nose-up pitching moment caused by the aft weight would require close to, and perhaps exceed, the available nose-down elevator authority to fully counteract. The easy and quick pitch-up at rotation would likely cause an early liftoff, at slower than desired speed, possibly causing wing rocks similar to action in slow-speed or stalling conditions. Control inputs would be unusual, exaggerated—it wouldn’t feel right—and the resulting oscillations would be discomforting for all. A CFI with a new student, unaware of the aft CG, might think it was a problem with pilot skill and at first be unalarmed—only to learn too late, when he took full control of the airplane, that the problem was more complex than just a student struggling with a heavy-weight take off on a moonless night in an unfamiliar airplane.

NTSB investigators noted a broken intake valve spring in the number three cylinder that likely contributed to substandard engine performance. Investigators noted scoring on the valve spring, indicating it likely broke on a previous flight and remained undetected because of the minimal impact on engine and aircraft performance. Flying solo on the way down to Scottsdale in his first flight in the mishap airplane, it’s likely the reduced performance went unnoticed by the CFI, who had no basis for reference in that airplane. Typical engine run-up checks, which focus on magneto performance and rpm differentials, would not have exposed the anomaly.

The NTSB investigators determined—and a consensus of outside airframe and powerplant mechanics and inspectors agreed—that a broken valve spring likely would not have degraded engine performance to the point that it would cause the accident as described. However, it would have contributed to the accident by precluding the full capability of the engine to help overcome a precarious weight and balance. Similarly, being 4 percent over gross weight would not cause the extreme oscillations observed at rotation and liftoff, but it would exacerbate them and, together with the underperforming engine, compound the effect on aircraft performance.

For some reason, the ATP-rated CFI with more than 5,000 total hours and 69 in the three months preceding the accident, wasn’t alarmed by the Comanche’s load. Perhaps he didn’t fully comprehend the criticality of center-of-gravity calculations for light GA airplanes. Maybe he did, but the reputation of the venerable Comanche led to overconfidence in the aircraft’s capabilities. It could have been that he was surprised by the passenger load and didn’t want to deliver bad news: that someone would have to remain behind.

The CFI seemed to be under time pressure, departing with a new student on a night cross-country, roughly 26 minutes after arriving. Such haste would have precluded sufficient preflight planning, preparation, and briefing that should have revealed the CG problem. This would be an ideal flight for a CFI to demonstrate the importance of weight and balance calculations, and the responsibility of a pilot in command to make the right decision in a tough circumstance. In addition to typical cross-country route analysis, discussion on night operations and the added challenges night imposes in unfamiliar aircraft was warranted. The Comanche’s heavy weight characteristics should have been discussed. Preceding all of that instruction should have been talk on the fundamentals of how the CFI and student will operate, including positive transfer of aircraft control and duties during an emergency.

The four people in the back, and perhaps the student pilot, didn’t have the knowledge, training, or experience to recognize the gross weight and center of gravity problems that would ultimately take their lives. The CFI did, or should have. He was trained and certified by the FAA not just to understand these dynamics, but to teach them. It seems that a combination of time pressure, overconfidence in the airplane, and overconfidence in his own ability led to a dismissive approach to his instruction that night. Combined with a bit of bad luck in an underperforming engine, the fates of all six people were in peril before they boarded the airplane.

Returning to flight in the face of COVID-19

As we progress through the COVID-19 pandemic and states modify social distancing restrictions, many aviation operators are beginning to reopen, and formerly grounded pilots are returning to flight. To aid in this process, AOPA and the AOPA Air Safety Institute have created two guides to help operators and pilots facilitate a safe return to operations. The Return-to-Flight Proficiency Plan for pilots, sponsored by Hartzell Propeller, includes profiles for VFR and IFR pilots and is designed to give a clear, step-by-step approach to refreshing knowledge and sharpening skills that degrade after a period of inactivity, such as grounding because of local quarantine orders. Proficiency degrades progressively the longer a pilot remains inactive, and the guide reminds pilots to expect a different level of performance after extended time on the ground.

Either rusty pilots or dormant aircraft can be problematic. In combination, they present an expanded risk to aviation safety. AOPA’s guidance takes these factors into consideration and aims to help ease the transition to reopening while maintaining a high standard of safety.

The COVID-19 Flight Operations Guide is designed to help flight schools, flying clubs, FBOs, and other aircraft operators move “from risk ‘avoidance’ to risk management.” The guide provides factors to consider when making the decision to open and offers suggestions on how to do so carefully while monitoring for signs of sustained operational wellness.

“AOPA recognizes operators have some difficult choices to make under unprecedented circumstances,” said Richard McSpadden, executive director of the AOPA Air Safety Institute. “The COVID-19 guide offers them a framework for how to assess their situation and then some suggestions on steps they can take to resume and sustain operations.”