In a major deal that reshapes the electric vertical takeoff and landing urban air mobility segment, Santa Cruz, California-based Joby Aviation has received a second, $75 million investment from ride-sharing giant Uber Technologies. As part of the deal, Joby acquires Uber Elevate, Uber’s eVTOL-based intraurban transportation business venture. According to a Joby press release, there will be an “expanded partnership between the two parent companies.” 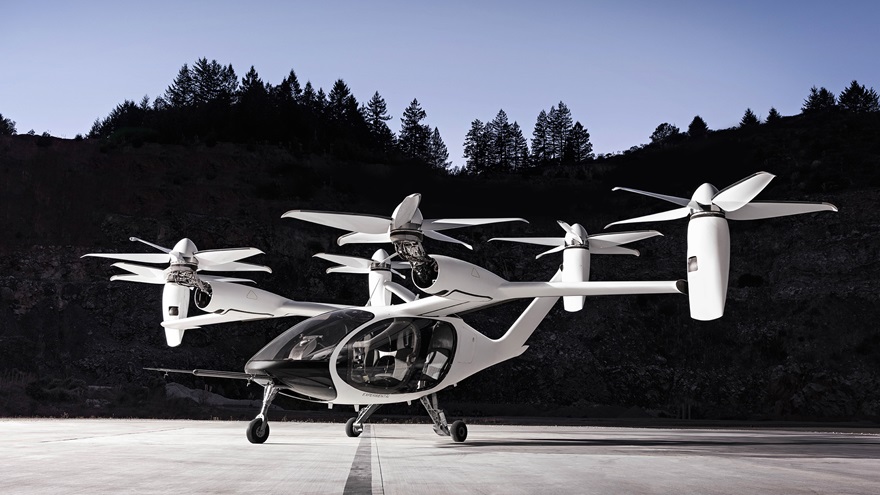 Joby Aviation designed this six-motor electric aircraft to carry a pilot and four passengers up to 150 nautical miles. Photo courtesy of Joby Aviation.

Joby Aviation and Uber Elevate “have agreed to integrate their respective services into each other’s apps, enabling seamless integration between ground and air travel for future customers,” according to the press release.

The deal had been rumored for several months, and online news source Axios reported on December 4 that Uber was in talks with Joby. The COVID-19 pandemic dealt a blow to Uber, which shed 7,000 jobs and closed 40 offices.

Uber and Uber Elevate have been the principal cheerleaders for the emergence of eVTOLs as airborne taxis. By late 2019 it had selected eight eVTOL designs as candidates for participation in its airborne analog to its auto-based ride-sharing service. Uber has said that it was working with its partners to come up with pilot certification, airframe standards, and airspace regulations together with the FAA and the European Union Aviation Safety Agency.

Meanwhile, Joby had already raised about $700 million from firms such as Toyota, Intel, and JetBlue. Uber’s latest investment brings the total Joby has raised to $820 million, with a total of $125 million of that coming from Uber. Joby will acquire Uber’s tools and team.

Joby has designed the S4, an eVTOL it says can fly a pilot and four passengers as far as 150 nautical miles, and as fast as 200 mph. It was one of the partners selected by Uber Elevate. Joby expects it will be certified by 2022 and will enter into service in 2023. In 2019, Joby said it was looking to fill 1,600 jobs for the S4 project.

“Advanced air mobility has the potential to be exponentially positive for the environment and future generations,” said Uber CEO Dara Khosrowshahi. “This deal allows us to deepen our partnership with Joby, the clear leader in this field, to accelerate the path to market for these technologies. We’re excited for their transformational mobility solution to become available to the millions of customers who rely on our platform.”

In other news, Uber is reportedly selling its autonomous vehicle unit and investing in autonomous automotive specialist Aurora Innovations. According to Lux Research analyst Lewie Roberts, this is a “truly disruptive” move.

Roberts said, “Uber is selling its autonomous vehicle (AV) unit and investing $400 million into AV company Aurora, giving Uber a 26% stake. Those who had invested in Uber ATG, such as Toyota, Denso, and SoftBank Vision Fund, will become minority shareholders. Unlike Uber, Aurora has placed a greater focus on autonomous trucking as the first application of autonomous vehicles, though it will pursue other applications of its AV tech, such as robotaxi services, in the future. A partnership with Uber will undoubtedly aid in the pursuit of this goal, but clients should be more focused on the huge shift of resources (money, talent, software, data) that is going from Uber's ride-hailing-focused strategy to Aurora's trucking-focused one.”

AOPA Pilot Editor at Large
AOPA Pilot Editor at Large Tom Horne has worked at AOPA since the early 1980s. He began flying in 1975 and has an airline transport pilot and flight instructor certificates. He’s flown everything from ultralights to Gulfstreams and ferried numerous piston airplanes across the Atlantic.
Go to Thomas A. Horne's Profile
Topics: Urban Air Mobility, Financial