'Everyone realized the gravity'

A pair of former fighter pilots took the nation’s fight against the coronavirus to the enemy, delivering the first UPS Inc. shipment of the first vaccine authorized for emergency use to prevent COVID-19 to Louisville, Kentucky, on December 13. It was a routine flight in every respect but one. 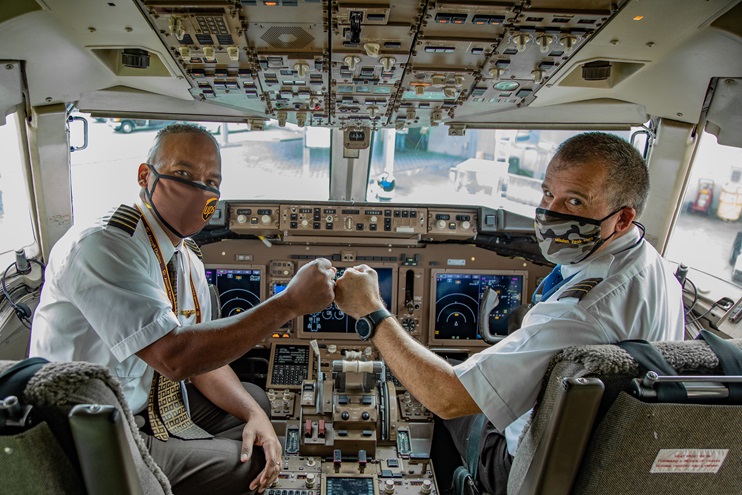 UPS Inc. Vice President of Flight Operations and Safety Houston Mills, an AOPA member, commanded the Boeing 757 tapped to fly the first containers of the vaccine developed by Pfizer and BioNTech from Lansing, Michigan, to Louisville. Television cameras followed each refrigerated container of the precious cargo from the facility where it was made to the delivery.

“We’re mission oriented,” Mills said in a telephone interview three days after the historic flight. “We have this mindset of service before self” that has carried over from their military careers to their new jobs at UPS. 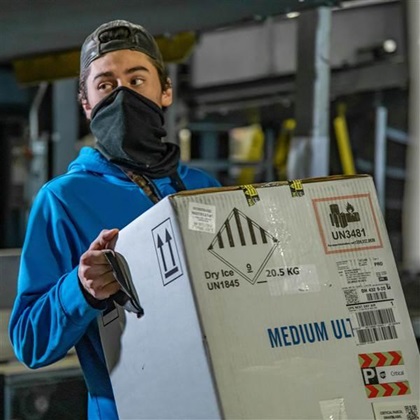 Mills was quick to credit others, including his fellow UPS employees who had worked with federal officials for months before the vaccine was approved to create a logistical plan. He noted that “phenomenal doctors and scientists” worked hard to create the vaccine in record time, and “we are honored to be part of the supply chain” that delivered it. “We understand this need to serve, at United Parcel Service.”

From a strictly aeronautical standpoint, there was nothing particularly unusual about the flight itself. The entire aircraft was dedicated to transporting the super-cooled cargo (the Pfizer-BioNTech vaccine must be maintained at minus-94-degrees Fahrenheit). The tempo of transit had to be maintained at each phase, not to mention that an audience watched every move on live television. Little else was different from the UPS Healthcare routine, however.

Mills said his fellow UPS employees seemed to have “a little extra pep” in their steps. “Everyone realized the gravity of what they were involved in.”

As the flight crew began to taxi for departure, Mills looked over his left shoulder and saw a crowd of UPS employees, joined by the U.S. Marshals who had escorted the vaccine shipment to the airport, applauding.

“I’ve never witnessed that type of moment before,” Mills said. “It was very humbling… it really hit home to me.”

Mills credited air traffic controllers and other FAA staff who continued the theme of working together before and during the flight toward one very important shared goal. He said the FAA took a “lean-forward” approach to the partnership, ensuring that there were no glitches or holdups. He expects this will continue, flight after flight, until the entire country is vaccinated, and the pandemic is vanquished.

“That first shipment, in particular, was just a symbol of a process that has begun. That process brings a lot of hope to a lot of people.” He spoke for the company’s 3,000 staff pilots and more than 500,000 employees worldwide, calling it “truly an honor” to facilitate some of the most important package deliveries ever made. 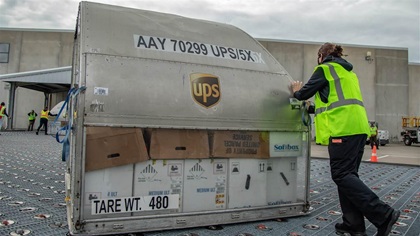 UPS operates a large Part 121 fleet that also includes Boeing 747s and other multiengine turbine aircraft, though Mills noted that UPS has a network of vendors integrated in the logistics chain as well, and vaccine shipments will certainly pass through the hands of general aviation crews flying Cessna Caravans, and others of that ilk. It will take all hands to maintain the air bridge distributing the vaccines approved to date, and those to come.

Mills, who has flown night missions from the USS Abraham Lincoln, said that while landing on a pitching deck in pitch darkness creates its own brand of lasting memory, so, too, will the less aeronautically challenging hop to Louisville.

“This memory is one of just reflection on the pride that my fellow UPSers had, and the hope that this particular flight symbolized,” Mills said. “We’re moving towards closure.”

He added another thought, evoking Jim Casey, who started the company as a teen with Claude Ryan, working out of a Seattle basement, borrowing $100 to start American Messenger Co., facing stiff competition for a place in what became an industry. They hired other teens to deliver messages, forging the first links in a chain that stretched through time, passing through the hands of hundreds of thousands of people, straight to the cockpit of a Boeing 757, and the trucks, and the carts, and the delivery that instantly became a part of American history.

Mills, who was a speaker for the fourth consecutive year AOPA’s High School Aviation STEM Symposium in November, said Casey remains very much on his mind, as he thinks about that recent delivery:

“I know right now he’s looking down at us, smiling, to see that the organization that he started back in 1907 has grown to the size of 500,000-plus, to know that we’re a key player in helping the world move past this.” 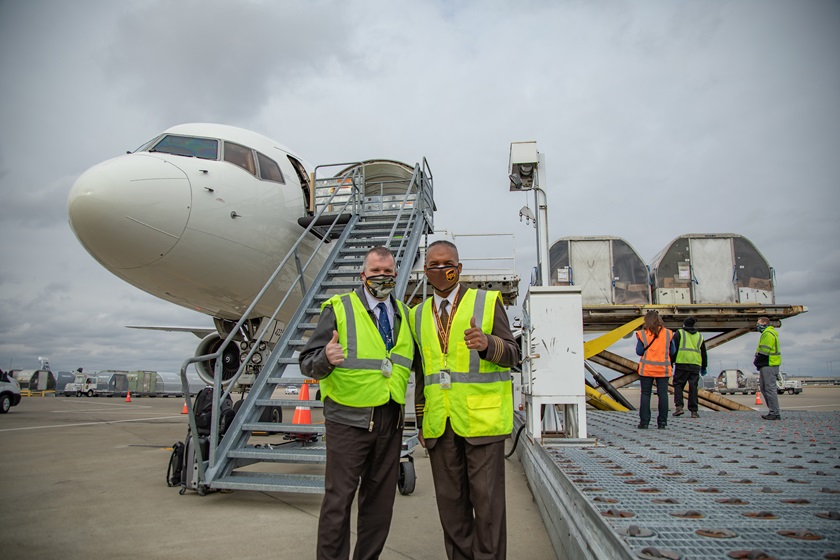