Get the app Get the app
Already a member? Please login below for an enhanced experience. Not a member? Join today
News & Media Flying below the surface

Flying below the surface

Nowhere in the FAA Aeronautical Information Manual will you find the term “below ground level” in reference to altitude, yet a Georgia drone service company has flown underground—and even underwater—to tackle a very unconventional mission. 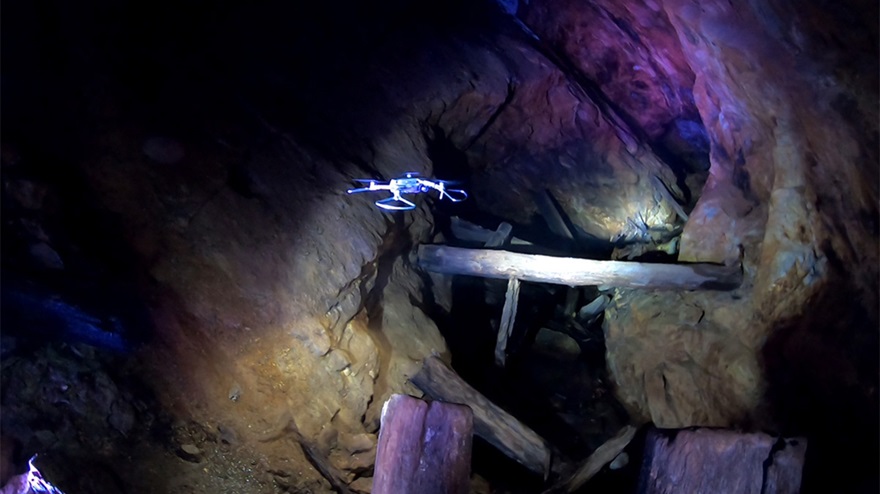 A DJI Mavic 2 Pro equipped with prop guards makes its way slowly through an area known as a stope (an opening left behind after extracting ore) 200 feet below ground as it retraces the steps of miners over a century ago. Photo courtesy of Inspired Intelligence.

The aerial perspective most unmanned aircraft facilitate wasn’t part of this mission when Inspired Intelligence signed on to fully map, photograph, and explore century-old mine tunnels and underwater spaces at the Consolidated Gold Mine in Dahlonega, Georgia.

Using drones, a backpack lidar scanner, and a tethered underwater remotely operated vehicle (ROV), Inspired Intelligence CEO and founder Nir Pe’er and his wife, Amanda, recently produced 3D models, photos, and videos that will help guide the expansion of the mine as a tourist venue. The effort for the 1-year-old UAS and scanning company required a nonstandard approach to nearly every aspect of their task.

To set the scene, everything happens below ground, in shafts and tunnels dug in the late 1800s when the Consolidated Gold Mine was opened, heralding the beginning of systematic underground gold mining on the East Coast.

There is no GPS below ground. It’s pitch black, and water is frequently dripping on those who enter these tunnels, and their equipment. For kickers, some of the areas are so claustrophobia-inducing that Pe’er had to crawl on his knees as he guided the lidar and drone gear. 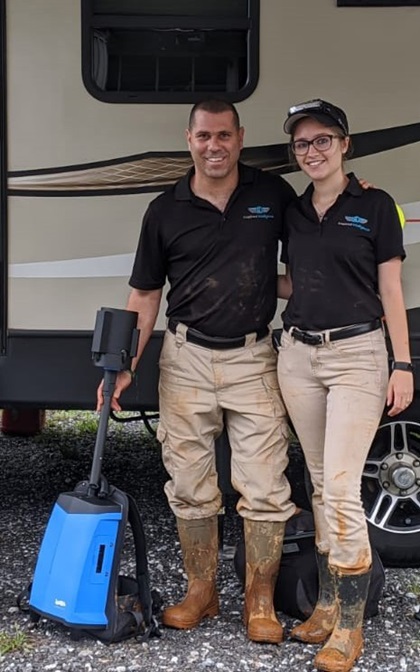 The Pe’ers, already fans of the tourist site, approached Consolidated Gold Mine General Manager Dathan Harbert about mapping and photographing the site. This includes unexplored areas as well as the existing tourist attraction, all situated in the heart of the Georgia Gold Belt. Some of those tunnels had not been fully explored, or visited by people, for more than a century. As the mine approaches its thirtieth year as a tourist venue, Harbert wants to expand its tour path for new and returning visitors.

“In all honesty, we felt that our needs were beyond anyone's ability and we held little hope for success,” Harbert said. Now, Pe’er “has provided us with a 3D virtual map of the tunnel system. We can explore it from every single angle.”

Pe’er’s go-to tools for the job were a DJI Mavic 2 Pro, a Phantom 4 Pro+, a GreenValley lidar backpack, and a Chasing Innovation M2 underwater ROV. Drones provided stills and video, and the lidar captured data to create a point cloud for mapping, measuring, and modeling. Some of the drone gear was customized for this environment, including prop guards and glow stick holders that Pe’er designed and made with his 3D printer.

All the flying through the tunnels was done in manual mode without GPS input. Furthermore, obstacle avoidance sensors had to be disabled in such a tight flying environment. Amanda contributed a second set of eyes as visual observer in the tunnels, where obstacles were ever present and there was little room to maneuver.

“We had to hand launch the drone because there was no place to launch or land,” Pe’er said. 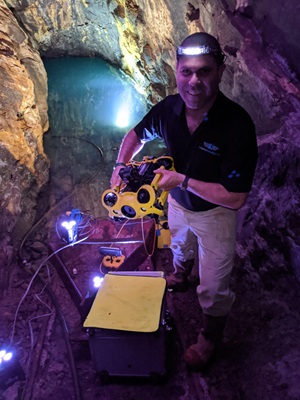 One tense moment involved flying the Mavic from a larger space into a two-foot-high tunnel that also had water in it. When the drone entered the tunnel, the Mavic sensed the ceiling as an obstacle and directed itself toward the water. “I had water beneath the drone and rocks above. It was a very close call.”

Pe’er partly credits the water save and the accident-free missions to his years of flying experience, including using drones to investigate accident scenes as a first responder: “You don’t get to choose where accidents happen, so you have to fly under power lines and between trees and at different elevations.”

While on the topic of GPS denial, one might wonder how the lidar backpack was able to perform so well when mapping the underground spaces, since many units rely on GPS for accurate position reference. Enter SLAM, which was not just a very physical dance craze in the 1980s, but also refers to “simultaneous localization and mapping.” SLAM algorithms allow spatial awareness and modeling without the GPS coordinate inputs. The backpack used by the Pe’ers gathered that data, as well as 360-degree color video captured while the lidar unit was imaging.

The drones were equipped with FoxFury lights, which helped illuminate the video images and provide navigating visibility. While the lights also helped keep the Mavic in sight, there were periods when guidance was by video display only, making navigation in tight, dark spaces even riskier. If this scenario begs the question about waivers for beyond visual line of sight and night operations, Part 107 regulations do not apply to indoor spaces that do not allow access to the national airspace system. Both Pe’ers are certificated remote pilots, and put those skills to use nonetheless. 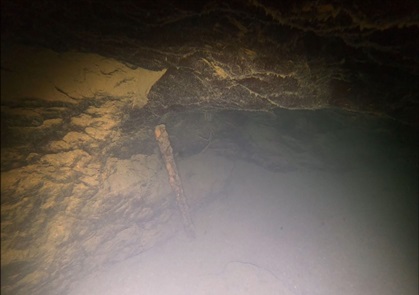 For the underwater portions of the tunnels, the M2 was launched. With a 200-meter tether, the robotic submarine can operate at 100-meter depths. It captured stills and video as it probed unexplored, flooded tunnels. One of the challenges in using the M2 was keeping the silt from being disturbed in such tight quarters that it would obscure visibility and degrade the imagery.

Harbert was obviously enthusiastic about the prospect of expanding the tour to include spaces long unseen by anyone: “When [Pe’er] drops that underwater drone into the water, we’ll being seeing stuff that literally no one has seen in 114 years.”

Since even the best of missions eventually come to an end, the Pe’ers plan to capitalize on their success in the mine and differentiate their company with their ability to work above ground, on the ground, underground, and underwater. For example, bridge inspections don’t have to be limited to aerial mapping, but can include walk-around lidar and video modeling and underwater foundation inspection as well.

For more on Inspired Intelligence and its work at the Consolidated Gold Mine, visit the company’s YouTube channel and website, which also includes a blog and information on an underwater side project at Georgia’s man-made Lake Lanier. 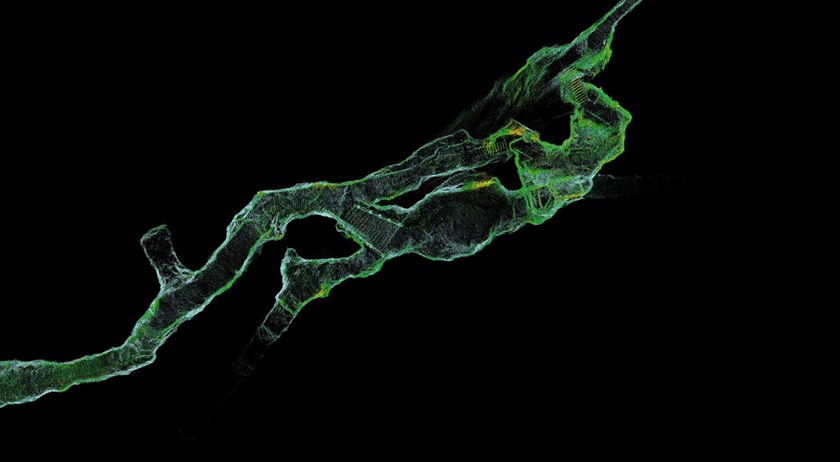