Get the app Get the app
Already a member? Please login below for an enhanced experience. Not a member? Join today
News & Media Always Learning: Not this time

Always Learning: Not this time

My Cessna has a contentious relationship with carburetor icing. In 1992, long before I owned the airplane, carburetor icing led to an accident when the engine failed to respond on final; the airplane landed in a muddy area 500 feet short of the runway and flipped over. 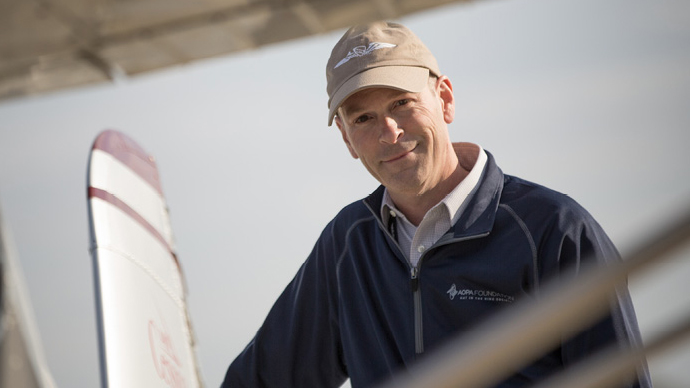 National Transportation Safety Board (NTSB) accident reports reference an often-repeated probable cause for this type of accident: “The improper use of carburetor heat, which resulted in a power loss due to carburetor ice over unsuitable terrain. Factors related to the accident were the carburetor icing conditions and the failure of the pilot to be aware of the temperature/dew point spread.”

Fast forward 27 years. I was at the airport 20 minutes before sunrise on a spectacularly clear fall morning. After I preflighted the airplane I checked the temperature/dew point spread—an indicator not only of the possibility of reduced visibility and fog in low-lying areas, but also icing in my Continental engine’s carburetor. Temperature 47 degrees Fahrenheit, dew point 46 degrees F. I didn’t have to look up a carburetor icing probability chart to know this narrow temperature/dew point spread could cause serious icing—at both cruise and glide power settings.

Knowing this, I applied carb heat before I taxied to the end of the runway, as is recommended in my pilot’s operating handbook (POH), to prevent ice buildup in the carburetor venturi at low power settings while still on the ground. Doing this ensured I had full power available for takeoff.

This was just a quick flight before work; a few takeoffs and landings to remain proficient. But first, I wanted to fly away from the airport to let the engine warm up. I leveled off just under O’Hare’s Class B airspace (over a densely populated area), set cruise power, and leaned the mixture. Sun rising over downtown Chicago, smooth morning air—what could be better? It was precisely at this moment that the engine began running rough. I felt and heard a sudden reduction of engine rpm.

There is always anxiety when your engine starts running rough, but in most cases, it is either fuel exhaustion (switch the fuel tanks) or, if flying a carbureted engine, carb ice. I immediately applied full carb heat. You can typically expect the engine to initially run rougher with carb heat applied and then, as the ice melts, the rpm (or manifold pressure, if you are flying a high-performance airplane) will increase and the engine will smooth out. This time, the engine roughness continued.

Since I was over a populated area and only 10 miles from the airport, I did a quick 180-degree turn so I could make a precautionary landing. On the short trip back to the airport the engine started to smooth out. The carburetor must have accumulated a lot of ice in a short period of time. I removed carb heat and the engine seemed happy. The landing was normal, although I did keep the pattern high and close to the runway just in case the engine lost power again. I wasn’t going to let carb ice cause an accident this time.

Once on the ground I did a full runup and everything checked out normal. So, I took off again to practice more takeoffs and landings. I applied carb heat as soon as I reached pattern altitude and never had any more problems. I’ve learned to be more proactive in serious icing conditions, and now apply full carb heat for a few minutes after settling into cruise flight.

Consult your POH or ask your instructor about the proper usage of carb heat in the airplane you fly. And remember that under the right conditions, carb icing can occur in temperatures up to 100 degrees F. If you mentally prepare for emergencies before taking off, you’ll be less surprised and quicker to react if an emergency should occur. Carb icing is not an emergency, unless you allow it to become one through lack of action.