The impact of the coronavirus on college aviation programs

For millions of college students around the country this fall, the excitement about new friends, new classes, and new opportunities was tempered by one very large unknown: the novel coronavirus. 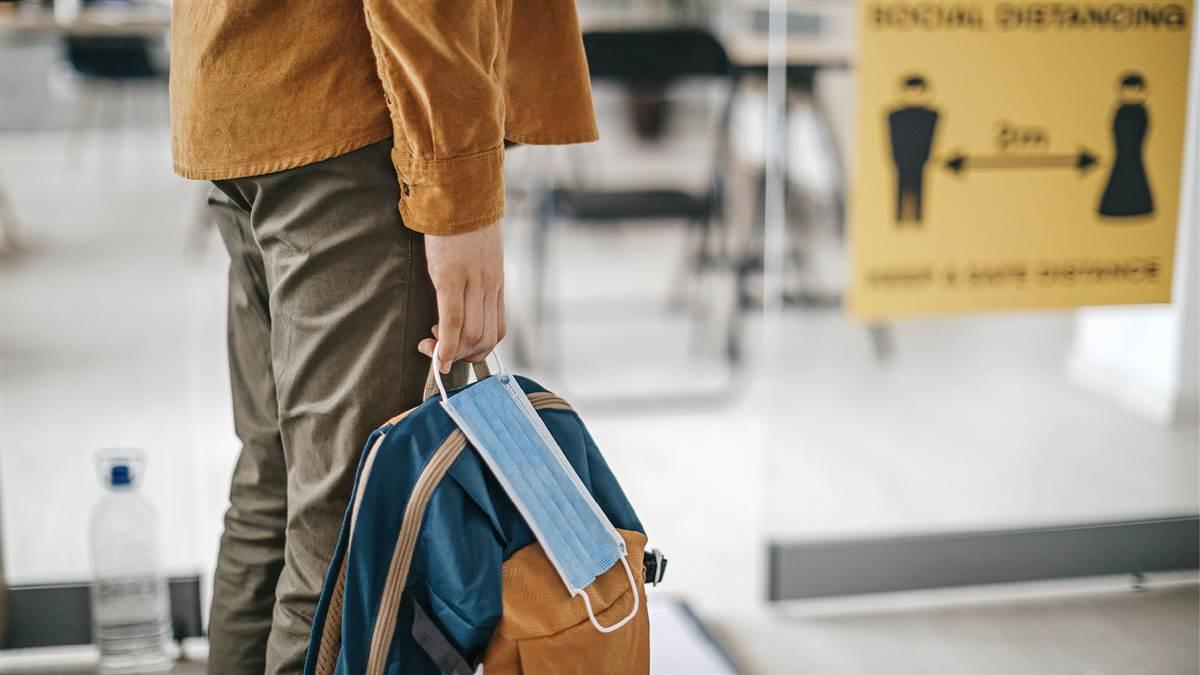 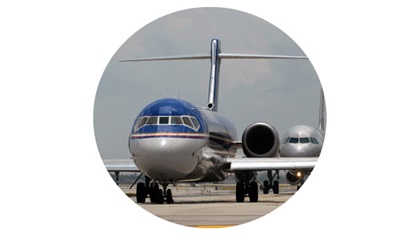 Will there be jobs?

It doesn’t matter if you go to a community college, a state school, or a four-year private school; a collegiate aviation education is a massive investment. No one wants to go back to the bad old days of 2008 when students were graduating with more than $100,000 of debt and no job prospects.

Whether it gets to that point is anyone’s guess. The only thing experts agree on is that the airline industry—and by trickle down, every other flying job—is cyclical, and ups and downs are regular and expected. The coronavirus has launched something altogether different, however, and it’s too early to tell the long-term impact on jobs.

For 2020 fall enrollment, none of this seems to be much of a factor. Officials at college aviation programs report strong numbers of new students, with little drop-off as a result of the job market. Part of that could be because airline layoffs hadn’t happened by the time the semester started, and it takes time for the reality of furloughs to reach parents and students. As UND’s Dick Schultz put it, this year is strong, but next year might be a different story.

Yet, for freshmen coming into a program in 2020 or 2021, a job is a very far-away problem, especially at a four-year school. There’s four years of study and at least one more of instructing. A lot can happen in five years. It’s for that reason that people like Louis Smith of the Future and Active Pilot Advisors says to stay the course. Because the worst thing that can happen is for hiring to rebound strongly and you be out of luck, because you stopped training and learning. –IJT

The uncertainty loomed larger for the students in the more than 200 college aviation programs across the United States. Unlike traditional classes that can be socially distanced or taught online, flight training is an intimate affair; social distancing is impossible. To progress in a course, the student and instructor must spend extended time together distanced only by inches. That has brought a nearly impossible challenge to public and private institutions, which promote learning and safety in nearly equal terms—attributes that, thanks to the pandemic, now are at complete odds.

In a bit of fortuitous luck, the initial wave of coronavirus infections and subsequent health control measures began in mid-March, just as many colleges and universities were headed to spring break. As a result, these schools were able to tell students simply not to come back. It gave schools a chance to examine their training operations and develop creative solutions to progress toward what officials hoped would be a quick restart.

The University of North Dakota was one of many institutions that shut down at spring break. The school was able to resume training on May 26, earlier than some others. “During the shut-down, we spent a lot of time on mitigation and protocols,” said Dick Schultz, the director of flight operations. Those protocols had to be approved through the university hierarchy. At Auburn University in Alabama, the plans even had to be approved by the governor, according to Wayne Ceynowa, the director of operations and chief instructor.

This represents both a challenge and an opportunity for college and university programs. It means staff and faculty must work harder to overcome political influence both within the school and in state governments, which can slow progress and stand in the way of quick and efficient decisions. But it also represents an opportunity to use resources not available to the general community, as was the case with Auburn’s reopening plan.

Like all schools, Auburn’s flight department used the federal government’s Centers for Disease Control and Prevention as the starting point for its range of health measures, but the staff also relied heavily on the recommendations and guidance of the school’s health center. “With the center’s help we formulated our own protocols on how to proceed while still in lockdown,” Ceynowa said. Auburn was able to resume flights on June 1 after getting all the approvals and putting the protocols into place.

Although new studies are released almost daily about broader coronavirus mitigation tactics, there’s been little research up to this point specific to flight training. A notable exception is a group from Embry-Riddle Aeronautical University in Daytona Beach, Florida, that examined fatigue, blood oxygen levels, and other parameters while wearing masks at altitude. In its study, published by the University Aviation Association’s Collegiate Aviation Review International, researchers recruited staff flight instructors to participate in exercises while wearing masks in a hyperbaric chamber set to a pressure altitude of 5,000 feet. Unsurprisingly, the team found no decrease in blood oxygen levels, and no increase in carbon dioxide. In fact, it appears from the study that wearing a mask at attitude is no different than wearing one on the ground, which most people are well accustomed to at this point.

An ERAU team also did some detailed survey work with the school’s instructor corps to examine the perception of mask use as a safety measure in the cockpit. Other than some predictable grumbling, they concluded, the biggest issues appeared to be fatigue and fogging of glasses. A school official said ERAU made minor tweaks to its policies based on the surveys, but nothing substantial. 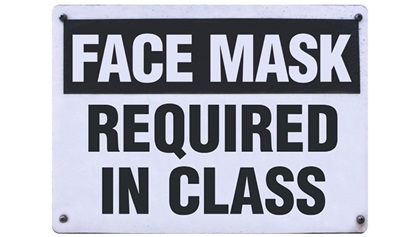 It is a surprise to no one that colleges and universities are breeding grounds for the virus. Thousands of people live in close proximity; bars and restaurants are open in many parts of the country; and health compliance isn’t high on the list of priorities for most young people. Parents are right to be concerned.

That said, aviation programs have worked hard to mitigate the risks, with many creating even more enhanced health measures than students might find more broadly on campus. The measures can be broken down into three broad categories: information, prevention, and containment.

Overriding all efforts is an information campaign. At the University of North Dakota, daily reports are issued for new cases and quarantines for both staff and students. The aviation department requires instructors to notify staff if they test positive, and encourages students to do the same. “Part of our ability, in order to operate, is to communicate,” said Brian Willis, the director of aviation safety. “I’ve been surprised at how open and honest everyone has been.” 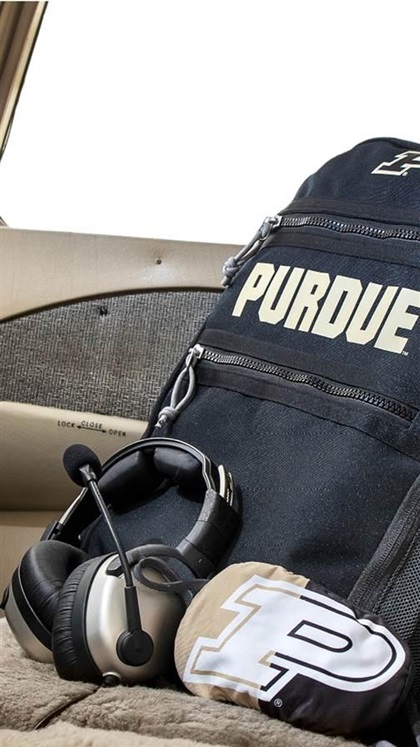 Auburn’s Ceynowa said every day includes a major campaign to make sure students are aware of the risks, and that they abide by the rules. Coronavirus mitigation and preventing the spread were big issues in orientation, and Ceynowa said the university continues to push the message that compliance is mandatory.

Prevention efforts are vast at the schools we spoke with. Auburn, UND, and Purdue University in Indiana all utilize a wristband system, similar to what you’d see at a concert. Before entering a building for a lesson or class students must answer a questionnaire about their recent locations and habits, and then take a temperature check. They are then cleared to enter and issued a wristband for that day. Willis said students face consequences if it has been determined they weren’t honest on the forms.

At each of the schools, mask usage is mandatory on campus grounds at all times, even outside. Certain exceptions are made for closed offices with only one person inside or when more than six feet away from other people, but in general most students and faculty wear masks at all times.

For flight training programs the issue of masks inside the airplane is a complicated one. Many private flight schools make their use optional, but the stakes are high for a university program—especially one with public funding. At Auburn and UND, mask use in the airplane is mandatory, and UND even issues surgical masks to ensure a proper standard. At Purdue, Chief Instructor Ronda Cassens said masks are optional but she thinks many are wearing them voluntarily.

Flight training is only a portion of the professional flight training program, with ground school and general classes making up the rest of a student’s education. Most schools are using a split attendance approach, with half the class coming in person each day and the other half online. Cassens said Purdue’s classes are defaulted to in-person, but that when classroom capacity is exceeded, an online option is added.

One of the biggest efforts to contain the virus at colleges and universities is contact tracing and quarantine. UND, for example, requires instructors to notify the school of a positive test, and they are required to quarantine. Although the school can’t force a student to disclose a test result, they have created de facto contact tracing quarantines by not allowing students to switch flight instructors. In previous years one instructor would serve as primary, but students could use another instructor if the primary instructor wasn’t available. Now under coronavirus precautions, students are grounded for as long as their instructor is out.

Auburn takes it a step further and requires quarantines of staff, faculty, and students when there’s been close contact with an infected individual, defined as more than 15 minutes without social distancing. Because of this procedure Ceynowa said about 100 people have quarantined since flight operations restarted. 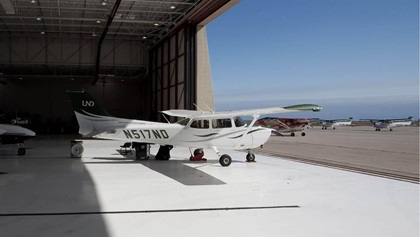 With relatively speedy approvals, Auburn, Purdue, and UND are all flying again, as are most collegiate aviation programs. Many restarted at the end of the spring semester, or during the summer. That gave the programs a chance to test how well the procedures worked before inviting more students back onto campus in the fall. Ceynowa said Auburn’s aviation program saw a few cases over the summer, but that “it was inevitable there would be an increase in cases in the fall.” He was right. The university recorded 600 new cases in the first few weeks after the start of the fall semester, around 10 of which were students in the flight program. That led to big numbers being quarantined, but it did have one very big bright spot.

“There have been no positives from contract tracing,” Ceynowa said. That shows that the protocols are working, and there’s little to no spread happening at the aviation program. Predictably, most cases seem to be coming from exposures in dorms, parties, and other areas.

Despite some misgivings, students and parents seem to be embracing the new normal. Auburn’s aviation program has continued to grow, as has UND’s. “There’s no drop in fall enrollment,” Schultz said, despite an uneasy job market and real concerns about campus health. Cassens said Purdue had record enrollment in the fall, and everyone seems to be moving ahead despite the masks, wristbands, and temperature checks. 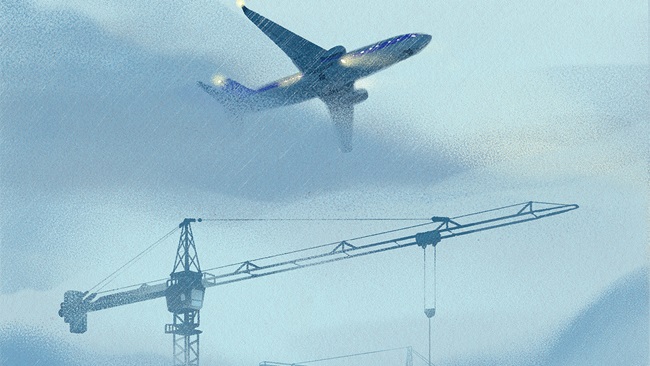 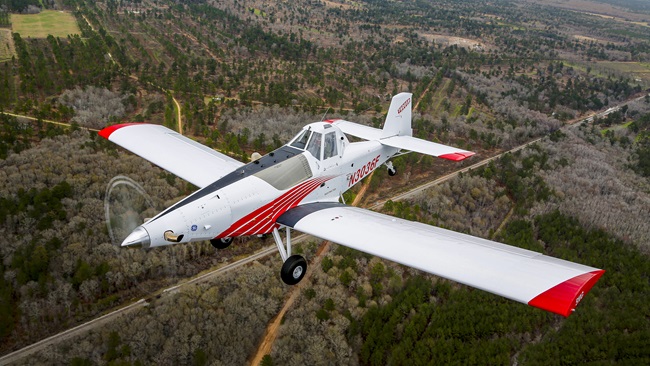