Get the app Get the app
Already a member? Please login below for an enhanced experience. Not a member? Join today
News & Media Never Again: I knew I was rusty

Never Again: I knew I was rusty

Thinking ahead at the expense of the now

By James Witt
There may be no such thing as being overprepared, but there is such a thing as preparing for the near future at the expense of the moment. Like many pilots, COVID-19 limited my flying in the early part of the year. 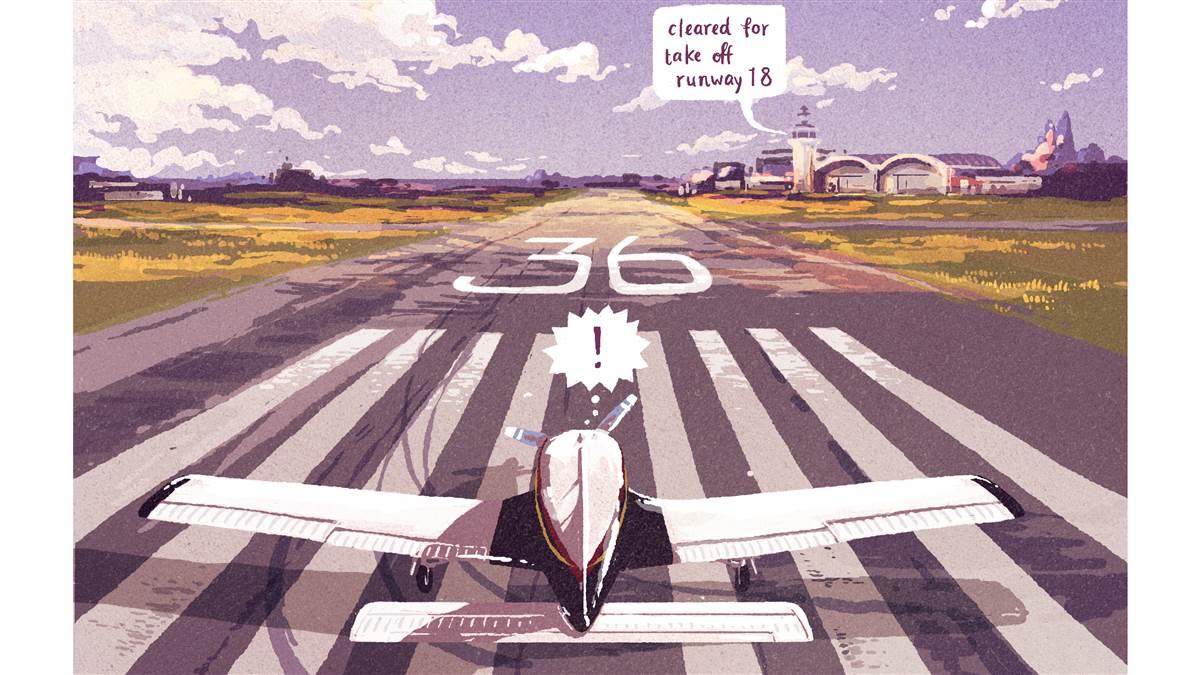 Between winter and the lockdown, I knew I was rusty. When I finally did get to fly, I spent time reviewing procedures, communications, my POH, and the airport diagram of my new home airport. I had just moved to this airport, and it is a patchwork of confusing, overlapping runways and taxiways.

With that airport diagram on my kneepad I started my engine and taxied to the end of the hangar row. The airport operates traffic off multiple intersecting runways simultaneously when winds are light, sometimes in opposite directions—a practice I was not familiar with at my previous airport, where it is not allowed.

Now nervous, I taxied out and turned to the south on the taxiway instead of to the north as I should have. I allowed myself to simply taxi in the direction of the runway I’d seen the C–17 land on (mistake chain link four). I then began mentally running through my remaining departure—checklists, speeds, emergency procedures for takeoff—instead of thinking about where I was and where I was going. The controller evidently did not notice me taxiing in the wrong direction and did not correct me (mistake chain link five).

After slowly and carefully running through every step of my before-takeoff checklist, I called tower for takeoff clearance, giving the location of the runway I had been told to taxi to instead of the one where I was (mistake chain link six). Tower cleared me for takeoff from the runway I was supposed to be on instead of where I was. Obviously the controller did not look at the runway to see if I was at the north end where I was supposed to be, or check if anyone else was there, or if there was an airplane at the opposite end where it wasn’t supposed to be (mistake chain link seven).

It was only as I began to add power to take the runway that I saw the runway number and I realized what I had done. I immediately felt as if my blood had turned to ice water. How could I have been so stupid to make a very basic and serious mistake? I banished those thoughts and forced myself to deal with the situation. I called the tower and confessed—there was no way around it. I screwed up and needed to take responsibility for it. The controller simply cleared me for takeoff from my current position, and nothing more was said about it. I spent the flight mentally beating myself up for being an idiot. I’m tolerant of others when they make occasional mistakes in aviation. Many of them are more experienced and talented than I, but now that the mistake was mine, it was different.

Later when I was able to review the situation dispassionately, I found all seven links in the chain that lead to the occurrence and was surprised that there were so many. If I or the controller had been paying a little more attention, we could have broken the chain at any number of the seven points. We didn’t. So why didn’t we?

I can’t speak for the controller in this situation. They were on what may have been their last shift before retiring, and maybe they got complacent. For me the lesson learned was that in trying to be diligent in preparing and thinking ahead, do not ignore what is happening at any particular moment, even when you are conducting a simple task. Indeed, I think if I had been doing something more complicated, I would have been more focused on what I was doing. But because the task was so simple—taxi to a designated runway—I wasn’t thinking about it. Never again.

James Witt is a retired academic and freelance flight instructor.