Get the app Get the app
Get the latest news on coronavirus impacts on general aviation, including what AOPA is doing to protect GA, event cancellations, advice for pilots to protect themselves, and more. Read More
Already a member? Please login below for an enhanced experience. Not a member? Join today
News & Media You Can Fly: 150th flying club recognized

Two Montana pilots who didn’t know each other and operated from airports on opposite sides of Kalispell—but shared the same idea of starting a flying club—joined forces to create Bald Eagle Aviation Club, the 150th flying club assisted by the AOPA Flying Clubs Initiative. 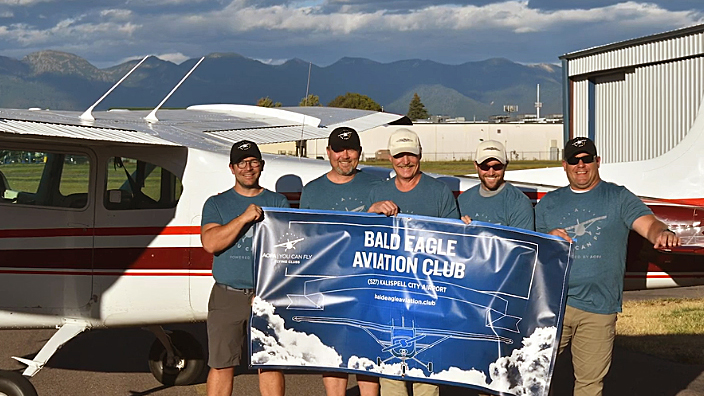 The AOPA Flying Clubs initiative is one component of the You Can Fly program, which is funded by the AOPA Foundation and is designed to get people flying and keep them flying.

“Wow, 150, that’s pretty cool,” said co-founder Kevin Collom, who began flying lessons in 2018 and recently learned his club helped the initiative reach a milestone. “I’d read about flying clubs and decided to check into our area because I’d heard there was one here years ago.”

The city has two airports—Kalispell City Airport straddles the south, and Glacier Park International Airport is to the north.

Mike Whitehill, based at Kalispell City Airport, volunteered during the 2018 AOPA Fly-In at Missoula International Airport and attended a “Maximum Fun—Minimum Cost” flying club seminar. He hoped to duplicate his Minnesota flying club experience after a move out west and met with AOPA Flying Clubs Initiative Director Steve Bateman for advice.

Bald Eagle Aviation Club operates a 1957 straight-tail Cessna 182A with a Horton STOL conversion for better performance at high-altitude airports. Monthly dues are $150, and members are charged a $120 wet rate per tachometer hour. The initial club membership is $2,050 and is transferable. There currently are seven members, and the group has been up and running for about four months, said Collom, who added that scheduling the aircraft among the members hasn’t been a problem despite a flurry of recent activity. “We just graduated our first student about two or three weeks ago.”

Bald Eagle’s first meeting included a photo shoot with a banner AOPA sent to help celebrate the 150th club milestone. An airplane wash and a hangar get-together are in the club’s future, and Collom said members are already talking about buying a complex, high-performance aircraft.

“We love all of our new clubs,” said Bateman, who founded his own flying club in Maryland centered around a 1980 Cessna 152 Aerobat. “They went through tough times trying to find members and then they made a leap of faith." 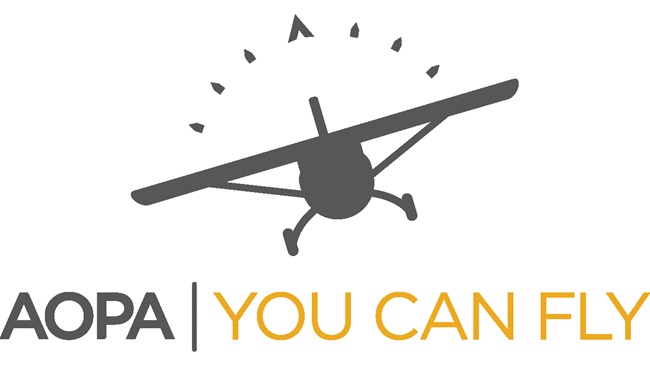 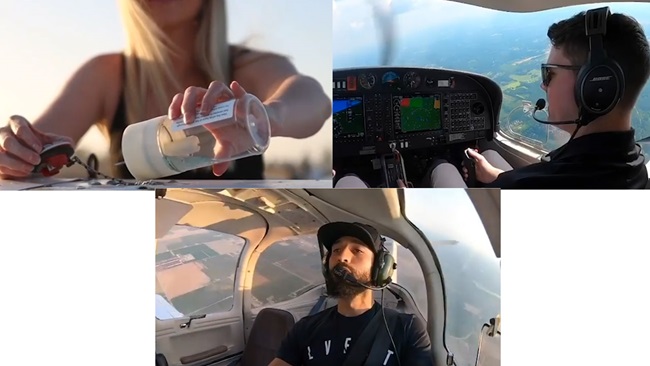 You Can Fly: ‘Bullish’ on aviation