Get the app Get the app
Get the latest news on coronavirus impacts on general aviation, including what AOPA is doing to protect GA, event cancellations, advice for pilots to protect themselves, and more. Read More
Already a member? Please login below for an enhanced experience. Not a member? Join today
News & Videos Witness saw Bryant's helo crash

A witness on a mountain bike trail was close enough to see the belly of the rolling Sikorsky S–76B before it hit the side of the hill 50 feet below his elevation. This account was among the chilling details included in the NTSB preliminary report on the January 26 crash that killed nine people, including basketball legend Kobe Bryant. 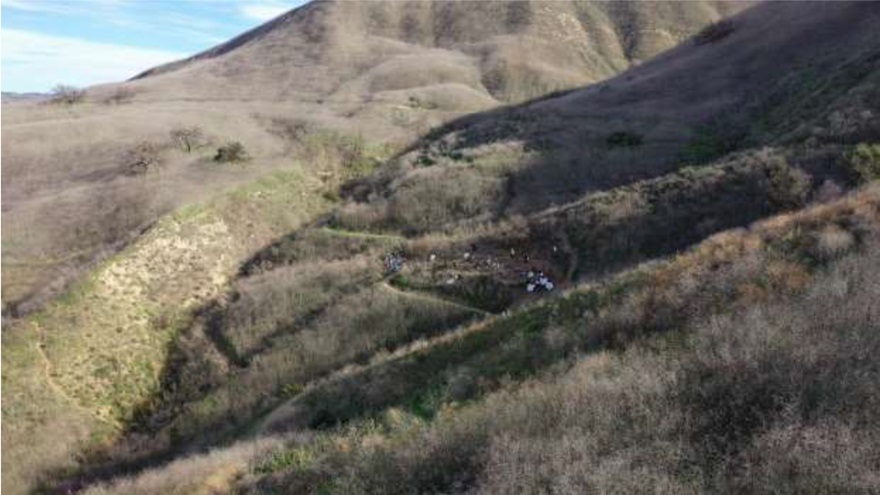 An NTSB drone following the accident flight path captured this image of the ground impact area. Photo courtesy of the NTSB.

The witness came perilously close to becoming the tenth victim of the crash in mist-shrouded hills near Los Angeles. He told investigators he heard the approaching helicopter, then saw it emerge from the clouds, moving fast. The witness, who is not named in the “investigative update” on the crash released February 7, provided an account consistent with radar and ADS-B data that creates a clear picture of what happened, though the “why” remains as puzzling as ever.

The chartered flight was carrying parents, coaches, and players to a youth basketball game at Bryant’s Mamba Academy in Thousand Oaks, California, according to the Los Angeles Times. Bryant’s 13-year-old daughter Gianna was among the victims, along with Christina Mauser; Payton and Sarah Chester; and John, Keri, and Alyssa Altobelli. The crash dominated media coverage worldwide, and newspapers including The New York Times assigned reporters to document in detail Bryant’s final hours before the ill-fated flight.

The NTSB investigation update, which includes information typically contained in a preliminary report but was not described as such, confirms previous assumptions that the helicopter’s engines and rotors were producing power and operating normally when it struck the hillside in Calabasas, California, very close to where the lone eyewitness was located inside a mountain bike park in the foothills of the Santa Monica Mountains. 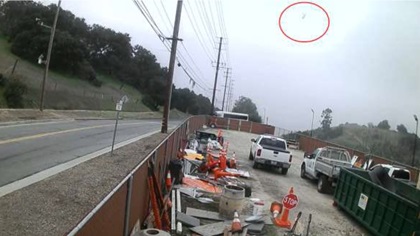 While higher ceilings and better visibility had prevailed for much of the flight, the hills around the accident site were shrouded in clouds and mist. A nearby wildfire surveillance camera captured an image of a cloud layer (determined by National Weather Service analysts to be about 2,400 feet above sea level) blanketing the valley below.

The witness heard the approaching helicopter before seeing it and told investigators that he “saw a blue and white helicopter emerge from the clouds passing from left to right directly to his left. He judged it to be moving fast, traveling on a forward and descending trajectory. It started to roll to the left such that he caught a glimpse of its belly. He observed it for 1 to 2 seconds, before it impacted terrain about 50 feet below his position.” 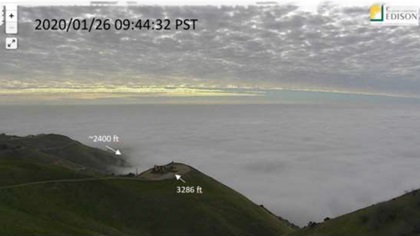 Zobayan, 50, had worked for Island Express Helicopters Inc. for about 10 years, according to the update, and was an instrument-rated FAA commercial helicopter pilot, as well as a helicopter flight, instrument, and ground instructor. He had reported 8,200 hours of flight experience, including 1,200 hours in the S–76, at the time of his most recent medical in July 2019.

“His most recent flight review, including proficiency training in inadvertent entry into instrument meteorological conditions (IMC) and unusual attitude recovery, was conducted in a helicopter with EUROSAFETY International on May 8, 2019,” the NTSB update states. “The pilot received satisfactory grades for these maneuvers.”

The NTSB noted that the flight management system computer was recovered and will be analyzed in case additional data can be gleaned. The helicopter was not equipped with a flight data recorder or cockpit voice recorder, and was not required to be. The NTSB also noted recovery of four gyros and a standby attitude indicator, which were retained for further analysis. 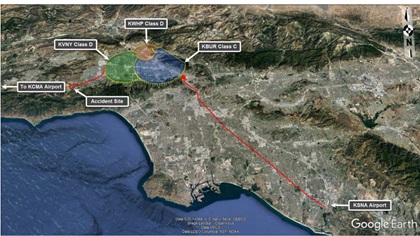 The NTSB update details minute-by-minute what had, until the final minutes, been an uneventful flight that launched from John Wayne-Orange County Airport bound for Camarillo Airport. The flight departed at 9:05 a.m. Pacific time, and successfully transited the controlled airspace around Burbank and Van Nuys. At 9:39 a.m., six minutes before the crash, N72EX reported VFR conditions at 1,500 feet, and was handed off to Southern California Terminal Radar Approach for flight following.

Zobayan checked with approach as instructed, reporting he was at 1,500 feet and headed (west) to Camarillo Airport. The controller responded that he would be unable to maintain radar contact and terminated flight following. At 9:45 a.m., Zobayan advised the new controller (there had been a shift change in the intervening minutes) that he was now climbing above the cloud layers, and requested flight following. The new controller worked to identify the flight (no longer flagged on the radar scope because flight following had been terminated), and asked Zobayan his intentions, “to which he replied he was climbing to 4,000 feet. There were no further transmissions,” the NTSB update states. 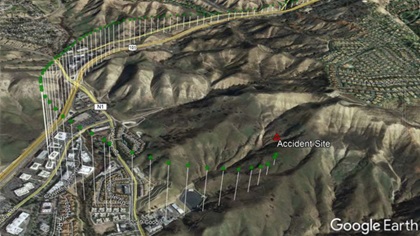 “The descent rate increased to over 4,000 feet per minute,” the NTSB update states, with a ground speed of 160 knots. “The last ADS-B target was received at 1,200 feet msl approximately 400 feet southwest of the accident site.”

The NTSB concluded that “additional information will be released as warranted.”