Get the app Get the app
Get the latest news on coronavirus impacts on general aviation, including what AOPA is doing to protect GA, event cancellations, advice for pilots to protect themselves, and more. Read More
Already a member? Please login below for an enhanced experience. Not a member? Join today
News & Videos FAA takes another step toward drone integration

An unmanned version of a kitbuilt motorglider may one day patrol Florida power lines. The FAA is preparing to write new rules for certification of such aircraft. 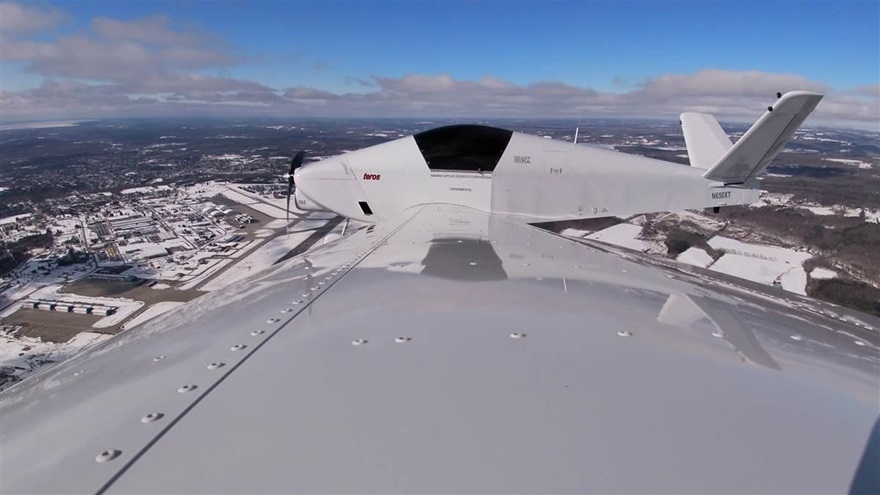 The Teros unmanned motorglider made an unmanned first flight in January. Photo courtesy of Sonex Aerospace.

Sonex Aerospace, based in Oshkosh, Wisconsin, provided the airframe to Navmar Applied Sciences Corp. for further development into the Teros UAV that made its first flight on January 29 at Griffiss International Airport in Rome, New York, which is also home to the New York UAS Test Site. That 1.5-hour sortie included operations in manual and autonomous flight modes, according to a February 7 Sonex press release.

“The successful flight testing of TEROS is a major milestone for the Sonex companies,” said Sonex Aerospace CEO Mark Schaible. “This benchmark has major significance with regard to the future of Sonex Aerospace and Sonex Aircraft LLC, promising growth opportunities to take Sonex to the next level of business operations, while continuing to serve our traditional sport aircraft market.”

The flight and announcement came around the same time the FAA published a notice of policy and request for comments pertaining to the FAA’s intention to issue type certification of unmanned aircraft under FAR 21.17 as a “special class” of aircraft. This will provide the first steps toward determining specific airworthiness criteria for unmanned aircraft systems. AOPA will submit comments ahead of the March 4 deadline, though it is only a preliminary step toward actual rulemaking or policy changes for type certification of unmanned aircraft.

“AOPA looks forward to working with the FAA and industry to establish type certification standards for unmanned aircraft that meet equivalent levels of safety applied to manned aircraft,” said AOPA Director of Regulatory Affairs Christopher Cooper. “We believe similar standards should apply, whether or not an aircraft carries pilots or passengers. The safety of all airspace users and those on the ground remains paramount.”

Navmar Applied Sciences and Sonex are collaborating to develop Teros as a medium-altitude, long-endurance (MALE) UAS for infrastructure inspection applications. Florida Power and Light looks likely to be among the first customers. The utility aired a commercial during the Super Bowl that featured a computer-generated version of Teros patrolling for power outages. The real-world version will continue a flight test program calling for progressive envelope expansion. This unmanned variant is based on the Sonex Xenos-B, a motorglider kit that retails for about $40,000. The unmanned version has an airframe capable of aerobatics, and supports a range of interchangeable payloads weighing up to 600 pounds. Sonex and Navmar Applied Sciences designed it to meet existing standards for manned aircraft.

The collaboration and the FAA’s notice of policy to type certify UAS as a “special class” of aircraft under FAR 21.17 are proceeding in parallel with the FAA’s effort to update the regulation of smaller UAS, particularly the remote identification and tracking rules proposed in December on which AOPA will soon submit its own comments.

Cooper noted that AOPA is also working with government and industry to develop additional standards, procedures, and practices to enable safe integration of unmanned aircraft operations at towered airports, which would facilitate a variety of useful operations including inspections of runways, and aircraft on the ground. Cooper joined representatives of various government and industry groups for three days of discussion by a recently formed FAA Safety Risk Management Panel (SRMP) to discuss and evaluate the potential hazards as well as mitigations that would preserve safety for operations of this type as drone integration continues to advance.

“This is not the first SRMP, and definitely not the last, that will evaluate the hazards and risks of UAS operations,” Cooper said. “AOPA is proud to be a part of this process with the FAA and industry to help provide the viewpoint and protect the interests of both manned and unmanned operators.” 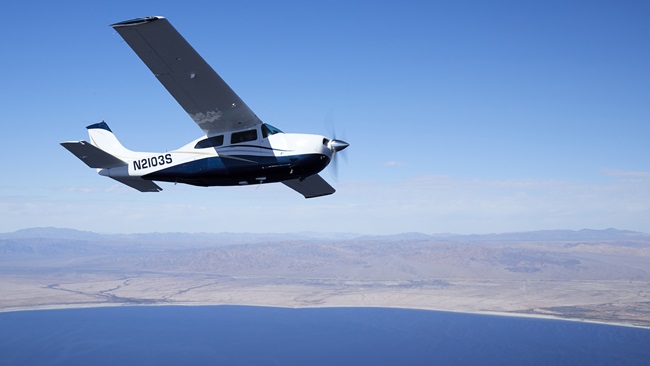 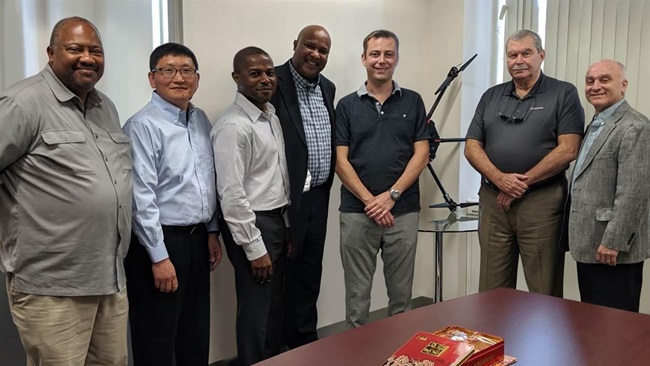