Get the app Get the app
AOPA Members DO more LEARN more SAVE more - Get MORE out of being a pilot - CLICK HERE
News & Media Proficiency: Kid tested

Flying with kids and becoming a better pilot

“Mommy, I feel funny.” I turned around to see my son Pete looking ashen and worried while clutching his prized Calvin and Hobbes comic book. As soon as I said, “Pete, put your book down and look outside the airplane,” the aircraft alert system sounded, “Traaaffic, traaaffic.” 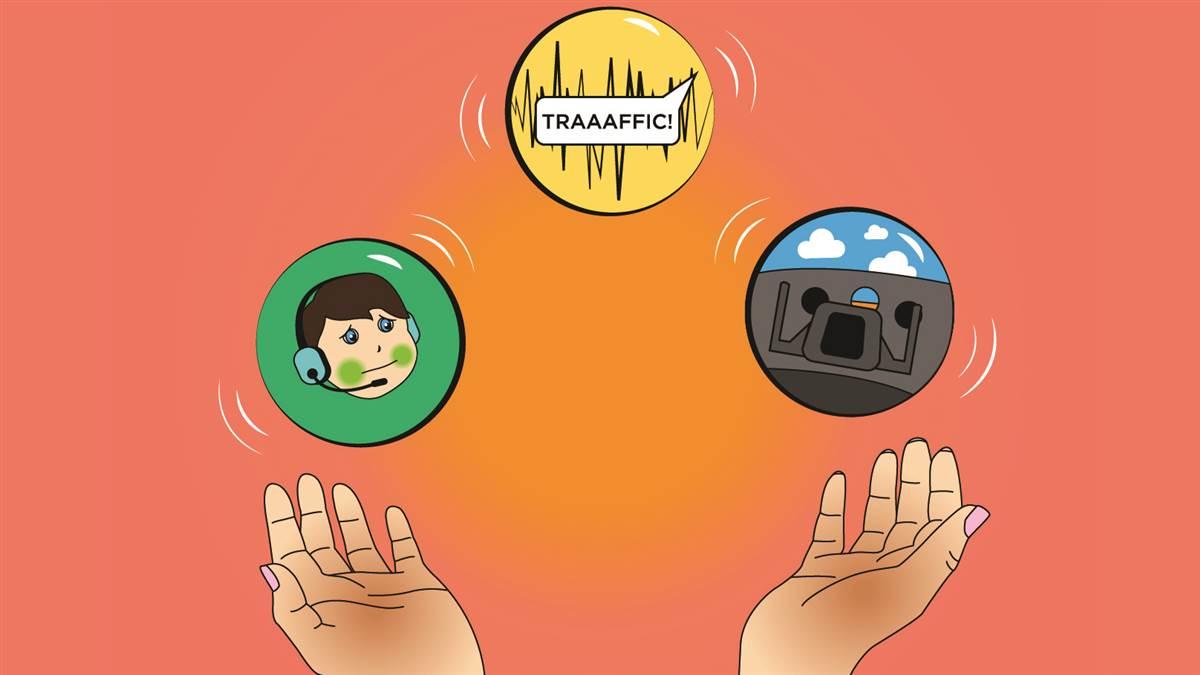 I saw it on my screen at 12 o’clock, same altitude. As I strained to locate the other aircraft in the windscreen, Pete continued, “I think I’m going to be sick!” I felt for a plastic bag, dumped its contents on the seat next to me and stretched to hand it to Jack so he could help his younger brother. “Traaaffic!” continued to blare as I reached toward the back.

That afternoon we were returning home from watching our favorite football team play a game with post-season implications. Since we had work and school the next day, our friend encouraged us to fly his new Piper Turbo Saratoga instead of our Piper Cherokee. The 175-knot cruise speed made the trip home swift but borrowing the aircraft added pressure I hadn’t anticipated. Of course the immediate concern was finding the traffic so I could most effectively avoid it. But I was painfully aware that we were flying an airplane that cost more than our house—a lot more. Pilots must be able to handle multiple duties at once and I pride myself on my own ability to multitask, perhaps too much (See “Relax and Go with the Flow,” August 2019 AOPA Pilot). I always swore that when I had kids, I grew extra arms that allowed me to juggle the obligations that being a mother, professor, and flight instructor threw my way. Multitasking is a good skill, but it’s also important to know when punting a duty away is a better option.

Aviation accident databases teem with reports for which distraction is a contributing factor in a loss-of-control event, midair collision, or other mishap. In fact, distraction is a perennial culprit on the NTSB’s Most Wanted List of transportation safety improvements. The NTSB advocates avoiding cellphone use, exercising a sterile cockpit, and faithfully using a checklist while flying. It’s terrific advice but only part of the solution. What’s missing is incorporating realistic distractions into flight training so that we learn to handle the ones that matter and ignore the rest. Some distractions arise because of an event that is surprising or emergent and, let’s face it, such events will present themselves at some point. What better way to improve your piloting skills than to incorporate real distractions by blending aviation adventures with flight training?

Years ago my instrument student, Kevin, called to say that he had been unable to secure child care for his daughter and sheepishly asked if Stacey could come along on our cross-country flight. “Absolutely!” was my response as I love kids and I looked forward to sharing aviation with his daughter. Stacey was excited to take her first flight in a general aviation aircraft and especially proud that it was piloted by her father. She was oblivious to the concentration Kevin needed to maintain his instrument scan, communicate with ATC, consult his paper charts, and try to stay ahead of the airplane by populating the standby frequencies with those he anticipated to need next. With her nose glued to the window, she peppered her father with exclamations like, “Daddy, look how small the cars are!” “Did you just see that bird we passed?” and “Daddy, how high is that mountain over there?” As a caring parent does, Kevin patiently answered her questions and in doing so added a new task to his already impressive workload. Flight instructors should provide realistic distractions, and it hit me that Stacey had assumed my job and was working like a pro. Her presence gave him the added pressure that made his balancing act particularly difficult. Ultimately Kevin said, “Sweetie, we are going to stop for lunch in a few minutes so let’s wait and we can talk about the flight then.”

Managing workload in the cockpit is akin to developing an effective instrument scan in which we move our attention around to various gauges, being careful not to fixate on any one of them.

Flight instructors should provide realistic distractions, and it hit me that Stacey had assumed my job and was working like a pro. Her presence gave him the added pressure that made his balancing act particularly difficult.When an issue arises we decide whether it is a task that is appropriate to incorporate into the workload or one that should be pushed off for the time being. In the case of the latter, I have always found it useful to verbalize aloud, “I am unable to handle this now.” Like an instrument scan, the ability to responsibly multitask can atrophy and requires routine practice.

I’ve been in Kevin’s shoes and I would not have been able to earn my own certificates and ratings were my kids not able to tag along on occasion. While it seemed suboptimal at the time, Stacey made me see how involving my own children had improved my piloting and decision-making skills. We can try to eliminate distractions, but just try warning a 6-year-old of your sterile cockpit rule and see how that works out. On one flight into Washington, D.C., just as I heard that dreaded phrase from Potomac Approach, “We have a rerouting for you. Are you ready to copy?” Jack and Pete started roughhousing in the back and I noted a plastic Batman figure had become lodged in my trim wheel. My sons have certainly kept me on my toes by providing ample opportunities to decide whether their needs and wants are something I can accommodate or those I need to tune out.

When I think of instructors who routinely combine training and adventures, the first that comes to mind is my friend and award-winning flight instructor Byron Hamby. Byron doesn’t approach flight instruction as a job as much as an opportunity for adventure. He is always ready to help a pilot pick up a newly purchased airplane and provide excellent instruction while flying it home.

On one such trip, he helped his friend Tim pick up a Cessna 172 in Seattle and fly it back to New Jersey. Tim’s 12-year-old daughter, Kiki, came along, snapped photos, assembled them with music into a slide show, and presented it to Byron after the trip. To date, Byron keeps it as one of his prized possessions. For Tim, Kiki, and Byron, this type of experience is a win-win-win.

On the way back from the football game, I had to acknowledge that I couldn’t handle both searching for the airplane and helping my son. If I did have those extra arms, it turns out that none was long enough to reach the back seats of a Saratoga. I said aloud, “I am unable to assist you right now, Pete. I will help when I can.” My mission had been to complete a safe flight and return the airplane to our friend in the immaculate condition in which it was delivered to us. In the end, I achieved exactly one of those goals, but it was the more important of the two. The owner took it well and even pitched in on the clean-up. Pete wrote a school report on our trip, complete with detailed illustrations, that I prize and still makes me laugh (see above).

If you fly long enough, you will have your own list of surprises to handle. Mine includes hitting a deer while landing at my home airport, an engine failure in the pattern, and dealing with a sick child on the way back from a football game. Flying with my family has not only provided a treasure trove of experiences we’ll all remember for a lifetime, but combining some of those trips with flight training has made me into a better pilot than I would be otherwise. Do you have an upcoming adventure that you’d like to turn into a valuable lesson? Try asking a flight instructor along—I’m sure she’d love to go!AOPA