Get the app Get the app
Get the latest news on coronavirus impacts on general aviation, including what AOPA is doing to protect GA, event cancellations, advice for pilots to protect themselves, and more. Read More
Already a member? Please login below for an enhanced experience. Not a member? Join today
News & Videos Proficiency: The mix-you-up valve

Beware the break in a cross-controlled stall

I have learned two things about flying over these many years. One is that aircraft instruments are designed to point out with ever-greater accuracy what you are doing wrong. The other is that every aircraft has two sets of controls: One set has a direct linkage to the aircraft surfaces and answers to your every command. 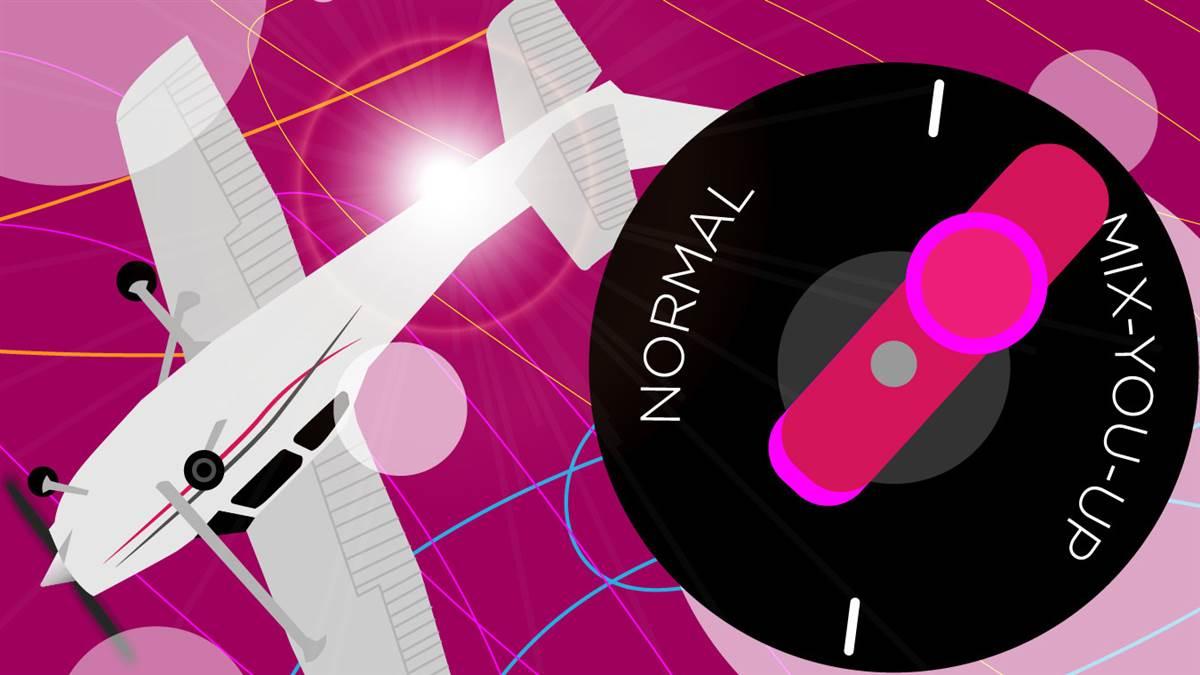 The other system doesn’t answer to anyone. No mechanic has yet been able to find this second system. It remains one of the great mysteries of aviation but must be hydraulic in nature because it seems to be equipped with a standard issue mix-you-up valve. This second system doesn’t cost any extra money; is mandated by the nature of aerodynamics; and is most active in slips, skids, and stalls.

Most pilots encounter the second system for the first time while doing a cross-controlled stall in a turn. Student pilots learn early on that a properly coordinated turn involves the use of rudder and aileron in the same direction. Ailerons are designed to roll the aircraft into a bank where the wing can be used both to hold the airplane up and to pull the aircraft to one side. But because of the tendency to overbank because of the greater lift coming from the outside wing, it is normal for a pilot to apply opposite aileron while executing a turn to hold the bank angle steady. If the pilot maintains rudder pressure in the direction of the turn and applies enough opposite aileron, we would call that being cross-controlled.

The mix-you-up valve would call that same condition game on! Let’s say that you’re about to stall in a turn and are applying top instead of inside rudder. The stall will break in the direction the yaw is coming from, regardless of bank angle. So, the lower wing will go up and over the top of the turn as the nose falls after the break. Unless you have been briefed beforehand, this new way of losing control will either inspire you to take up golf or set you on a path of discovery. The more that you intend to delve into the realm of the exciting—think aerobatics—the more you will want to learn about this mix-you-up valve.

The freedom to increase overall drag at will is an excellent way of making a safer descent.
A pilot learns the most about aircraft control while doing aerobatics. But, fear not. Slips and skids offer less aggressive ways to learn about cross-controlled flight. A slip is a cross-controlled condition usually employed in the traffic pattern by the pilot to make steeper descents during the last leg or so of an approach. Depending on who you talk to, there are three different kinds of slips: the side slip, the forward slip, and the slipping turn. The side slip is done just as the name implies and is used during landing to counter a crosswind. By holding one wing down and into the prevailing wind, lift can be vectored to pull the aircraft laterally and to cancel out any drift from the moving air currents. To prevent misalignment with the runway, rudder is applied opposite the aileron to align the aircraft’s longitudinal axis with the centerline. Done properly during the flare, the side slip results in a graceful one-wheel touchdown.

The second kind of slip is a forward slip, and its purpose is to increase drag. This maneuver reduces the glide ratio of an aircraft so that a steeper approach with more available options can be made. The forward slip is also performed cross-controlled but in such a way that the nose of the aircraft points in a direction other than that in which the aircraft is actually moving. The more successful a pilot is at presenting the side view of his aircraft to the relative wind, the steeper a descent the airplane can make without gaining unwanted airspeed.

The freedom to increase overall drag at will is an excellent way of making a safer descent. A pilot can approach with more usable energy in the form of altitude that he or she can choose to save by flying more efficiently or waste by slipping more effectively. The slipping approach can be managed with greater freedom to any given arrival point over taller obstacles, and the pilot can control the excess energy precisely down into the flare. This is not only safer and more useful in normal and emergency situations, but it is fun to practice.

Then there is the slipping turn, which provides better overall visibility along the path of chosen descent. The slipping turn sacrifices some ability to see aircraft on final approach beyond the turn onto base leg but more than compensates for that disadvantage with an extraordinary view of the important world below. Biplane pilots use this method during approaches to improve their picture of things. As long as the pilot is careful to maintain a safe speed and to clear the final leg of other airplanes, the method is ideally suited for leading an aircraft through the safest possible approach.

The only problem with making these kinds of choices is competency. We must not forget that the aircraft is slow and cross-controlled. This is a recipe for disaster if the pilot fails to maintain the right speed. I heard a rumor once that an aircraft cannot be stalled while slipping. It was just that: a rumor. An aircraft can be stalled at any attitude and at any airspeed.

Use the flight controls to point the aircraft’s nose where you want it to be without concern about which control you have to move to accomplish the task. Once accustomed to not caring where the controls are to achieve a desired result, you should have no fear of pursuing aerobatics. Flying speed is flying speed no matter which way you are pointed. The trick is to manage your energy so as to not have the airplane stall or spin inadvertently, always keeping the mix-you-up valve at bay.

John Carroll is an airline transport pilot with more than 9,000 hours.