Get the app Get the app
We will be performing maintenance on our systems Sunday, 8/21, beginning at 12:00 A.M. ET and ending at 6:00 A.M. ET. During this time, you may experience intermittent service outages. We appreciate your patience.
News & Media FlyThisSim customers complain of delivery delays

An Ohio flying club has filed a police report and asked the state attorney general to investigate FlyThisSim, a company that builds and sells flight simulators. 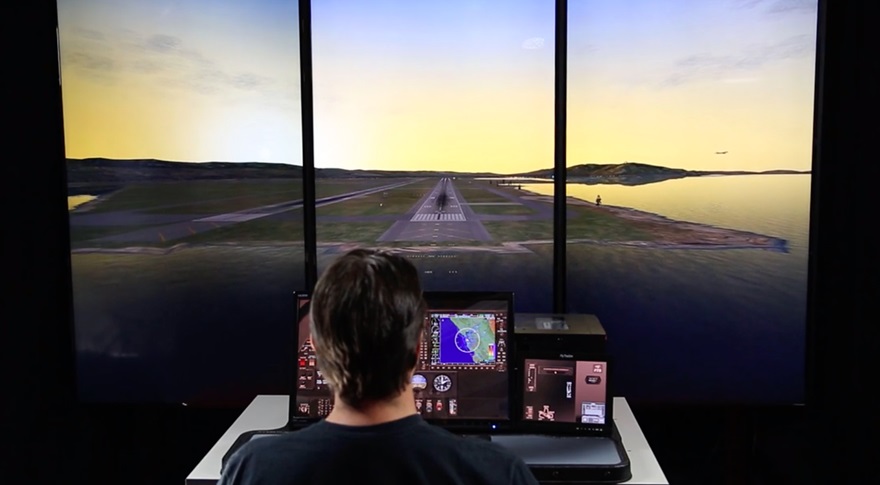 A final approach is shown during a FlyThisSim video. Photo courtesy of FlyThisSim.

Northwest Flyers, a 70-member club in Columbus, Ohio, is one of many FlyThisSim customers who claim the company has fallen many months behind its promised delivery dates and has been largely unresponsive to phone calls, emails, and letters. The club paid $13,000 for a simulator in January 2019.

“We finally had to get the Ohio Attorney General involved,” said Demetri Capetanopoulos, vice president of Northwest Flyers. “The company has failed to perform, it’s strung us along for months and months, and it needs to be exposed. The company is taking orders and cashing checks, and the aviation community should be warned about it.”

The Cirrus Owners and Pilots Association (COPA) notified its members in May that doing business with FlyThisSim was risky after some COPA members said the company hadn’t delivered equipment that had been bought and paid for.

Austin Meyer, founder of X-Plane, claimed in his blog that FlyThisSim stiffed him on an $18,000 software purchase. Meyer posted a string of texts between an X-Plane representative and FlyThisSim CEO Roland Pinto in which Pinto promised time and again to pay, claimed he had paid, and blamed his nonpayment on clerical errors before going silent.

Pinto didn’t respond to inquiries from AOPA. But Kristi Smith, a FlyThisSim manager in San Luis Obispo, California, said a lack of specialized parts had created lengthy production delays, and the company is determined to catch up.

“All of our problems in the last year have been getting parts and equipment out the door,” she said. “We made mistakes, and we’re working hard to earn trust back.”

Tim Heron, a CFII at Capital City Aviation, another flying club in Columbus, said he and other club members became so alarmed by multiple delivery delays on their $46,000 simulator purchase that they flew to Leesburg, Virginia, last spring for a face-to-face meeting with Pinto.

“He said the company was a victim of its own success, and he personally promised delivery within three weeks of our meeting,” Heron said. “But then we didn’t hear from them at all, and our frustration level increased as months went by.”

Heron said the club’s simulator finally was delivered last July, and he described his dealings with the company as “bittersweet.”

“They’re good people on the technical side,” Heron said. “But the company would do itself a big favor by answering phone calls and being realistic with customers about when their units actually will be delivered.”

Smith of FlyThisSim said fulfilling its contract with Northwest Flyers and repaying X-Plane are “top priorities.”