Get the app Get the app
Already a member? Please login below for an enhanced experience. Not a member? Join today
News & Videos Training Tip: Calculate this
Sponsored by Aircraft Spruce

What’s thinner than your iPhone, faster than a touch screen, and doesn’t go dark when you need it most? 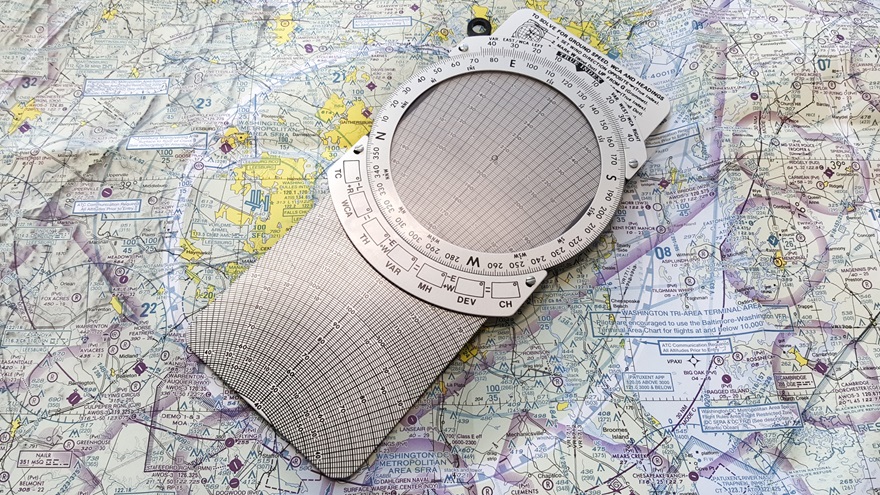 Even at eighty years old the E6B is still a trusty friend to pilots of all levels. Photo by Elizabeth Linares.

Although largely supplanted by electronic equivalents and cockpit technology, a metal or plastic E6B is still likely to turn up in the flight case of many pilots older than minimum solo age—and I’ll bet they can solve a time-to-destination or density altitude problem faster with the E6B than you can with a fancy new push-button job (assuming its batteries are working).

But this isn’t a lamentation for the days of unpowered flight computers, wooden tennis rackets, and vacuum-tube TVs. According to the folks at Gleim Aviation, 2020 is the E6B’s eightieth birthday year. The gizmo was introduced to the U.S. Army Air Corps by Philip Dalton, a pilot and scientist, in 1940, a refinement of a 1937 design.

And get this: “E6-B” was the flight computer’s military part number. What pilot hasn’t wondered about that?

I experienced firsthand, and witnessed many times thereafter, how off-putting an E6B could be to a new student pilot getting a first glimpse of the exotic device while acquiring pilot training materials for ground school. Once someone pointed out that it was essentially a “circular slide rule,” the panic usually subsided.

Indeed, the E6B made calculating so easy that its impact provoked debates about technology familiar to any student pilot now training in glass cockpits. One venerable text cautioned flight instructors that letting their students work wind problems using the E6B was OK as long as the students also worked pencil-and-paper wind triangles to reinforce the principle involved.

Gleim Aviation’s backgrounder on the E6B, written by Paul Duty and Ryan Jeff, gives a good read on its status today: “With the advent of electronic flight bags, modern navigation equipment, and portable electronic devices, the E-6B flight computer is often regarded as an old-fashioned tool used only for FAA knowledge tests and cross-country flight planning during pilot training. But if you’re a pilot, whether you call it an E-6B, whiz wheel, circular slide rule, or prayer wheel, you probably own at least one flight computer, even if it doesn’t ride along on your flights anymore.”

There is even a song about the E6B, they report—but I have seen no requirement that you sing it on your checkride.