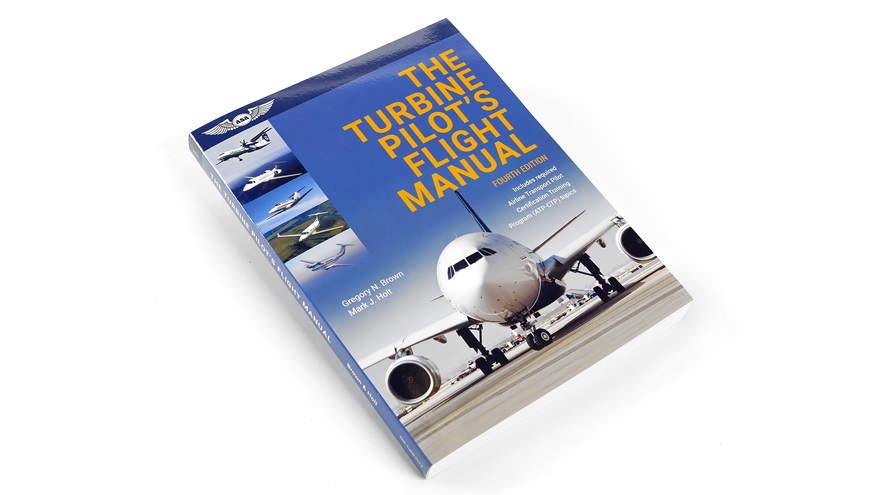 Now The Turbine Pilot’s Flight Manual is in its fourth edition, which entered publication in December 2019. At 386 pages, it’s much improved and more complete. Like its predecessors, the book is organized rather like a pilot’s operating handbook. After extended discussions on training, turbine engine components (including auxiliary power units/APUs), and operational theory come chapters on aircraft systems. Special emphasis is placed on pressurization, environmental, electrical, and pneumatic systems. If you ever wondered what the difference was between an air cycle machine and a vapor cycle machine, here’s your source. (Hint: vapor cycle uses refrigerant, air cycle relies on a heat exchanger.)

Flight manual-inspired chapters address the familiar sequence: Limitations; Normal Procedures; Emergency/abnormal procedures; Performance; Weight and balance; and Airplane handling, service, and maintenance. But owing to the book’s focus on general aspects, you won’t find type-specific information. Instead, the authors paint with a broad brush. So, the chapter on normal procedures talks about crew coordination, crew resource management, briefings, checklists, and callouts—not the procedures you’d use in, say, a certain type of Cessna Citation, Dassault Falcon, or Boeing jets. Similarly, the chapter on performance discusses the use of takeoff and landing cards, calculating braking performance, and the use of electronic flight bags. In the airplane handling, hazard avoidance, and operational information chapters, there’s plenty of basic information about IFR operations, airborne weather radar, and traffic alert and collision avoidance systems, plus ground deicing and holdover times.

In all, the authors (Brown is a master flight instructor; Holt is an airline captain) do an admirable job of covering the topics you’re most likely to encounter when stepping up to turbines. They provide the groundwork for more in-depth learning of the sort imparted during training for a type rating. Many large-format illustrations round out the coverage, as well as a glossary of turbine terms and updates required for completing an airline transport pilot certification training program.

AOPA Pilot Editor at Large
AOPA Pilot Editor at Large Tom Horne has worked at AOPA since the early 1980s. He began flying in 1975 and has an airline transport pilot and flight instructor certificates. He’s flown everything from ultralights to Gulfstreams and ferried numerous piston airplanes across the Atlantic.
Go to Thomas A. Horne's Profile
Topics: Jet, Training and Safety