Get the app Get the app
Already a member? Please login below for an enhanced experience. Not a member? Join today
News & Media Flying Carpet: The day GPS went out 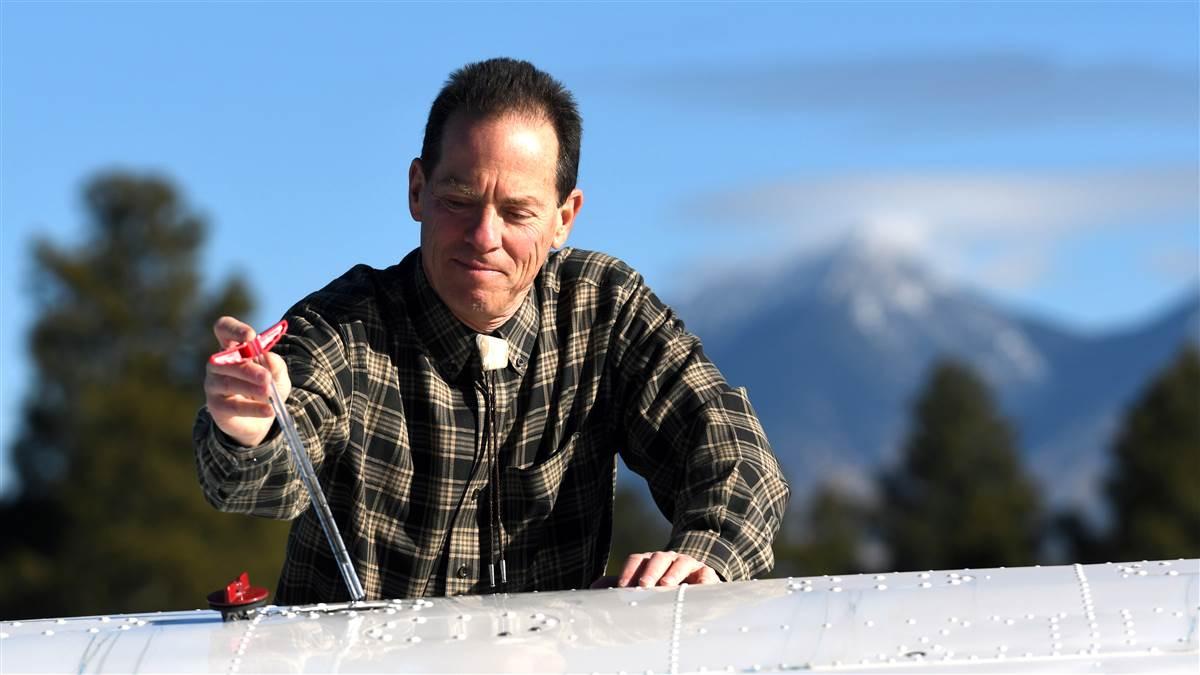 Jean and I were bouncing through clouds on instruments at 12,000 feet, over trackless mountains along the remote Arizona-New Mexico border. Seconds after that initial warning, my primary flight display announced, “GPS reversion mode: for emergency use only” (but displayed no position). My multifunction display restarted itself with a “maintenance required” alert. Next came an “ADS-B (Out) inoperative” warning, meaning our transponder had stopped transmitting our GPS coordinates to air traffic control (ATC).

I was flying Jean from Flagstaff to El Paso for tennis sectionals. Normally we make the two-and-a-half-hour journey straight-line VFR. Today, however, layered clouds shrouded the mountainous central portion of the route, so I’d filed under instrument flight rules (IFR). This route spans a huge swath of military airspace that, when active, cannot be crossed IFR, so I’d filed a circuitous route over Socorro, New Mexico.

My first hint of trouble was when our controller asked, “Are you ADS-B equipped?” That seemed odd, as he had long been tracking us. He then cleared me to an intersection to bypass nearby White Sands Missile Range restricted airspace, but the GPS died as I entered the fix into my navigator. After I reported the failure, the controller assigned radar vectors around the restricted areas.

Now other pilots began reporting lost GPS, and I noted that the position symbol on my tablet computer had stopped moving. Aha! To my limited relief the problem was military GPS jamming, not expensive avionics problems. (Oddly, jamming was not listed in today’s notams.)

Obviously the same GPS signal drives all the “failed” equipment, so it made sense they would drop guidance simultaneously. But even decades of navigating by VORs, pilotage, and dead reckoning couldn’t prepare me for the shock of my entire panel flipping out at once. Losing those comfy moving maps was momentarily disorienting, and I’m glad I wasn’t shooting an instrument approach at the time.

The outage continued at least 30 more minutes while ATC vectored us to our destination. For backup, I reverted to time-honored navigation techniques: triangulating our position using VOR radials, and peering between clouds for charted landmarks. Clearing skies allowed us to land in visual conditions.

While we had experienced no immediate danger, the event opened my eyes to the perils of lost GPS. We have become accustomed to flying point-to-point direct, often far from the nearest navigable VOR or airway. Without GPS we’re suddenly on our own determining position and course, and correlating those with terrain and weather.

Challenging as that situation might be in VFR conditions, it could be overwhelming under hard IFR. As the FAA decommissions VORs under its VOR Minimum Operational Network program, fewer ground-based navaids remain to support non-GPS proficiency, navigation, and instrument approaches. Not many light aircraft retain traditional distance measuring equipment, further limiting approach options. And a lasting outage could funnel many aircraft into the few that remain. Finally, since ADS-B cannot transmit aircraft position without GPS, ATC could be hampered locating and vectoring aircraft when ground-based radar is unavailable, except by radioed position reports.

In an emergency, radioing the phrase “stop buzzer” might convince authorities to suspend a jamming exercise. But if the outage persists, or if your airplane’s single GPS receiver just failed, you’d better know where you are and be well-versed in ground-based navigation.

For me, the lessons were clear. Every aviator should master and regularly practice VOR navigation, pilotage, and dead reckoning. In addition, we instrument pilots must maintain VOR and ILS approach proficiency, and when flight planning identify the surprisingly few remaining non-GPS approach alternates along our routes. Yes, all this means added work, but we’ll improve our odds on the day GPS goes out.