Get the app Get the app
Get the latest news on coronavirus impacts on general aviation, including what AOPA is doing to protect GA, event cancellations, advice for pilots to protect themselves, and more. Read More
Already a member? Please login below for an enhanced experience. Not a member? Join today
News & Videos Hops, skips, and jumps
Premium content: Flight Training

Tires bounce off runways in three ways: they hop, skip, or jump. And each kind of rebound requires a different response from pilots. 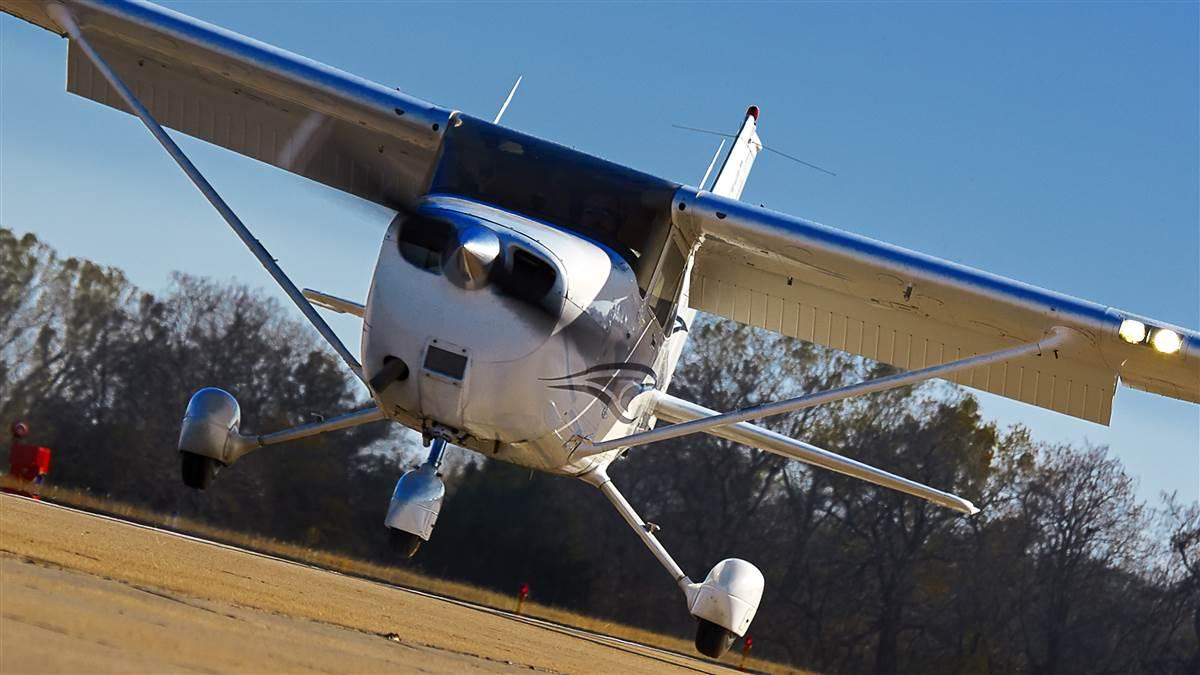 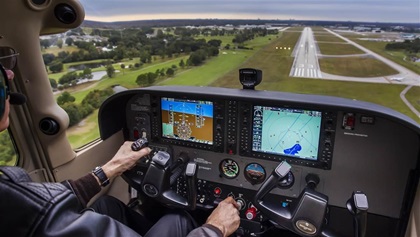 Hops are easy. They’re a momentary separation of the tires from the runway surface in which they only rise a few inches. The pilot’s proper reaction to a hop is to ignore it. Hold full back elevator and idle power, let the tires settle back to the runway surface, and hope your passengers don’t notice. If they do, a nonchalant shrug is enough to let them know a hop is no big deal—you’ve got this situation fully under control.

Skips are more pronounced, and they require pilot action. When the tires rise more than a foot or so off the runway, the pilot’s reaction should be to add enough power to cushion their imminent return to the surface. A short burst of partial power is all it takes to stabilize the airplane in ground effect, then set the tires down gently. The timely addition of power, typically for no more than a few seconds, buys the pilot enough time to soften the touchdown and minimize impact. The pilot won’t necessary collect accolades, but the quick burst of power prevents the airplane from plopping down gracelessly.

A jump is the biggest kind of bounce, and there’s no chance your passengers won’t notice. Jumps take place when airplanes touch down with excessive speed, or encounter strong gusts that lift them back into the air. In a jump, the wings are still flying—but perhaps not for long without decisive pilot intervention. The only way a pilot should respond to a jump is to add full power and go around. Let the airplane accelerate, then start climbing. There’s no need to even try and salvage this one, so don’t waste time considering it. Admit defeat, promise yourself you’ll do better on the next attempt, and get away from the runway before you bend or break something. Jumps aren’t fixable in the moment. Go around and don’t dwell on the botched attempt. You’ll get another chance to redeem yourself in a few minutes once you’ve flown around the traffic pattern.

Of course, touchdown isn’t the only place where landings can go wrong.

It’s often said that good landings are the result of good approaches. That’s not always true. I had a simulator partner in a training course who would fly atrocious approaches—high, then low; left, then right; airspeed wandering wildly—yet he’d consistently set the airplane down light as a feather. It was uncanny. There’s no doubt, however, that a well-flown approach stacks the odds of a precise landing in the pilot’s favor, because there are fewer variables to deal with.

The trick to a well-flown approach is honing, then trusting your instincts—and reacting as soon as you notice things starting to go awry. I often find myself asking flight students the same questions when flying the pattern. Are we high or low? Fast or slow? Left or right of the extended centerline?

Better yet, talk out loud. That allows instructors to know what students are thinking while they’re thinking it. They don’t have to be mind-readers.

This talking habit carries over to veteran pilots and professional flight crews who vocalize their thoughts, concerns, and actions during critical phases of flight such as approach and landing. Look closely and you’ll see them making small, sometimes barely perceptible control inputs that are meant to constantly improve their position.

As they gain experience, the best pilots tend to put themselves on offense—not defense. They’re initiating actions meant to place the airplane exactly where they want it in terms of its configuration, speed, height above the ground, and rate of descent. They’re not passively monitoring what the airplane is doing and waiting until things go wrong. They insist on placing it precisely where they want it.

Flying a loose traffic pattern encourages sloppiness, and that leads to wide variances that can be difficult to detect or fix.

A lower, tighter traffic pattern enhances precision for a simple reason: Errors are easier to notice and correct.

If you’re flying a wide downwind 2 miles from the airport, 1,200 feet above the ground, for example, you’re unlikely to notice a slight drift in your ground track. You’re less likely to see that you’ve climbed 100 feet from visual cues seen out the windshield, and subtle changes in groundspeed will be difficult, if not impossible, to notice. Landmarks will be less prominent and timing the rollout of your turn to final will be hard to nail.

Drop down to 800 to 1,000 feet above the ground, however, and all those variables become easy to notice. At the published traffic pattern altitude, you’ll see right away whether you’re climbing or descending, drifting toward the runway or away from it, and you can make smooth, timely, subtle corrections that put you where you want to be. The best part is that you’ll see, sense, and feel these differences so you can keep your eyes outside where they belong, and you won’t have to constantly shift your attention between inside and outside references. There’s no mental transition from flying on the gauges to visual cues because you’re visual the entire time. You’ll only glance at the instrument panel momentarily.

Consistent, precise, stable approaches set up pilots for success because they have fewer variables to deal with as the airplane nears the ground. Configuration is set. Power is set. Airspeed and rate of descent are constant. Elevator trim is set. All the pilot needs to do is fly into ground effect and flare.

An unstable approach, by contrast, presents pilots with a slew of competing problems. Configuration and power changes lead to varying airspeeds, rates of descent, and control feel. Elevator trim is likely being altered late in the game, and a too-fast or too-slow airspeed can lead to excessive float in ground effect or not enough energy to flare. There are simply too many problems for a pilot to solve simultaneously.

If you’re on final approach and you feel you have no choice but to make large changes in pitch, power, bank, speed, or configuration, realize that you really do have a choice. You don’t have to land on this particular approach. The sooner you make a go-around decision, the less exciting the go-around itself is likely to be. Make the go-around decision during your base turn, for example, and flying the traffic pattern will be a nonevent. You may not even have to climb.

The longer you wait and the closer to the ground you get, however, the less likely you are to easily salvage the situation.

Airplanes are incredibly robust and durable in most situations—but they’re terribly fragile in others. The main landing gear, for example, will tolerate all sorts of abuse from firm landings, and so will aircraft tires. But nosewheels, and the stainless steel firewalls they’re attached to, have glass chins. They’ll bend or break if they’re allowed to hit the ground first, and they’re not designed for side loads. Even worse, when a nose gear flexes or fails, the propeller is likely to contact the ground next—and that means extensive damage to the prop as well as an engine teardown.

The pilot’s job—especially when things are going wrong on landing—is to protect the fragile and costly stuff first.

If and when you find yourself slow on short final with an excessive sink rate, add power and adjust the pitch so that the main landing gear absorbs the impact. If you’re lucky, your last-minute reaction will convert what would have been a jump into a mere skip.

Or what would have been a skip becomes an insignificant hop.

Timing, as they say, is everything.