Get the app Get the app
Get the latest news on coronavirus impacts on general aviation, including what AOPA is doing to protect GA, event cancellations, advice for pilots to protect themselves, and more. Read More
Already a member? Please login below for an enhanced experience. Not a member? Join today
News & Videos Altitude and pregnancy

By Bruce A. Wright

As a senior aerospace physiologist working for the FAA’s Civil Aerospace Medical Institute (CAMI), I have several opportunities each week to address interesting questions regarding the physiology of flight. This question came to me recently from an aviation medical examiner (AME) in Alaska: “I have a 37-year-old Part 135 pilot in her first trimester of pregnancy. She is flying an unpressurized Turbine Otter but occasionally going to 10,000 feet (Denali/Mt. McKinley) to clear the mountain passes. Can you provide any advice concerning the hypoxia effects? The mountain climbers tell her their gauge is less than 12,000 feet for less than 30 minutes is OK.” 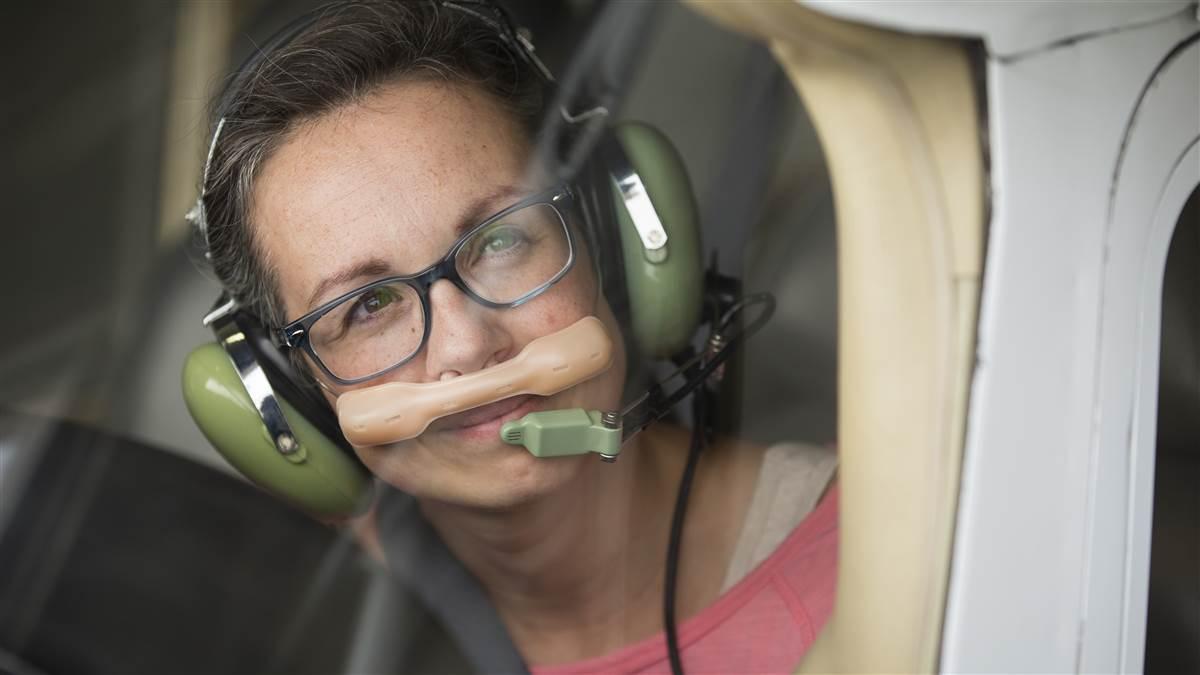 According to FAR 91.211, the pilot is required to use supplemental oxygen for flights that are above 12,500 feet up to 14,000 feet, and longer than 30 minutes in duration. Aside from that requirement, the aerospace physiology community typically considers sea level to 10,000 feet to be the “compensatory zone.” Typically, at these moderate altitudes, the healthy body is remarkably capable of compensating for the slightly lower partial pressure of oxygen so the exposure should be uneventful. However, there can be considerable differences in individual tolerance to hypoxia, and several factors such as dehydration and fatigue can negatively impact hypoxia tolerance.

Typically, at an airliner’s cabin altitude of about 8,000 feet, the normal blood oxygen saturation (SpO2) is about 90 to 93 percent, and even on the pilot’s Turbine Otter flights to Denali at 10,000 feet, the normal blood oxygen saturation would still be about 87 to 90 percent. At these altitudes, the body compensates for the reduced availability of oxygen through a combination of increased rate and depth of breathing, and increased heart rate and cardiac output, which increases oxygen delivery to the tissues. Furthermore, the increased oxygen carrying capacity of fetal hemoglobin, combined with increased fetal hematocrit, result in fetal oxygen saturation changing very little at these moderate altitudes. Indeed, there is an abundance of research data from air medical workers, flight attendants, and women living at high altitudes that agrees there is little evidence that chronic exposure in either commercial aircraft, or living at 10,170 feet (3,100 meters), causes signiﬁcant pregnancy-related problems. However, a pregnant pilot should also be looking for her personal signs and symptoms of hypoxia and be prepared to descend or get on supplemental oxygen if/when they appear.

A suggestion for all pilots operating near or above the upper end of the compensatory zone would be to attend a physiological training class that includes a hypoxia demonstration. Has the pilot ever experienced her personal hypoxia symptoms in an altitude chamber or a normobaric simulation? Knowing what her personal hypoxia symptoms are and being able to treat them when they are recognized in the aircraft should be her first line of defense against hypoxia. By the way, CAMI offers a one-day physiological training class several times each month—and it is free. The Aerospace Physiology training enrollment instructions can be found online. We have also been bringing our normobaric hypoxia demonstrator called the Portable Reduced Oxygen Training Enclosure (PROTE) to the Sun ’n Fun International Fly-In and Expo, EAA AirVenture, and several WINGS events for the last couple years to provide pilots with a quick hypoxia demo (it takes about 30 minutes to do the preflight briefing, hypoxia exposure, and debriefing); this demonstration is also free.

Additionally, if this pilot were still concerned about the impact on her baby of flying at 10,000 feet, a portable oxygen assembly would be relatively cheap insurance for those few flights. Several aviation supply websites offer portable 6-cubic-foot systems (including the oxygen tank, regulator, cannula, or oro-nasal mask), which would last over five hours at 15,000 feet, for less than $500.

Another device that could increase the pilot’s margin of safety would be to wear a pulse oximeter during flights above 5,000 feet. We use them all the time during the FAA's hypoxia demonstrations in the altitude chamber and in our PROTE. These inexpensive pulse oximeters are a great way to provide additional objective information concerning your blood oxygen saturation during a potential hypoxia exposure. The pulse oximeter could also give the pilot a little peace of mind if they knew their saturation was still close to 90 percent. There are many examples of stand-alone pulse-ox devices on the market, most versions have integrated displays and there are even wireless versions that can send data to your smartphone so you can track your blood oxygen saturation over time. NOTE: These pulse-ox devices have many operating limitations and are known to become very inaccurate under some conditions—especially when there is poor peripheral circulation such as when the hands are cold. Caution is still advised.

Bruce A. Wright, PhD, CAsP, is an aerospace physiologist for the Medical Education Division of the FAA-Civil Aerospace Medical Institute.