Get the app Get the app
Already a member? Please login below for an enhanced experience. Not a member? Join today
News & Videos AOPA Air Safety Institute: Winter weather woes

Winter is here! You can either work with it or against it

Depending on where you live,  winter can mean anything from the palm trees have just been trimmed and I think 60 degrees is cold to I am going to be snowed in for months and I’m happy about it. For most of us, it’s somewhere in between. 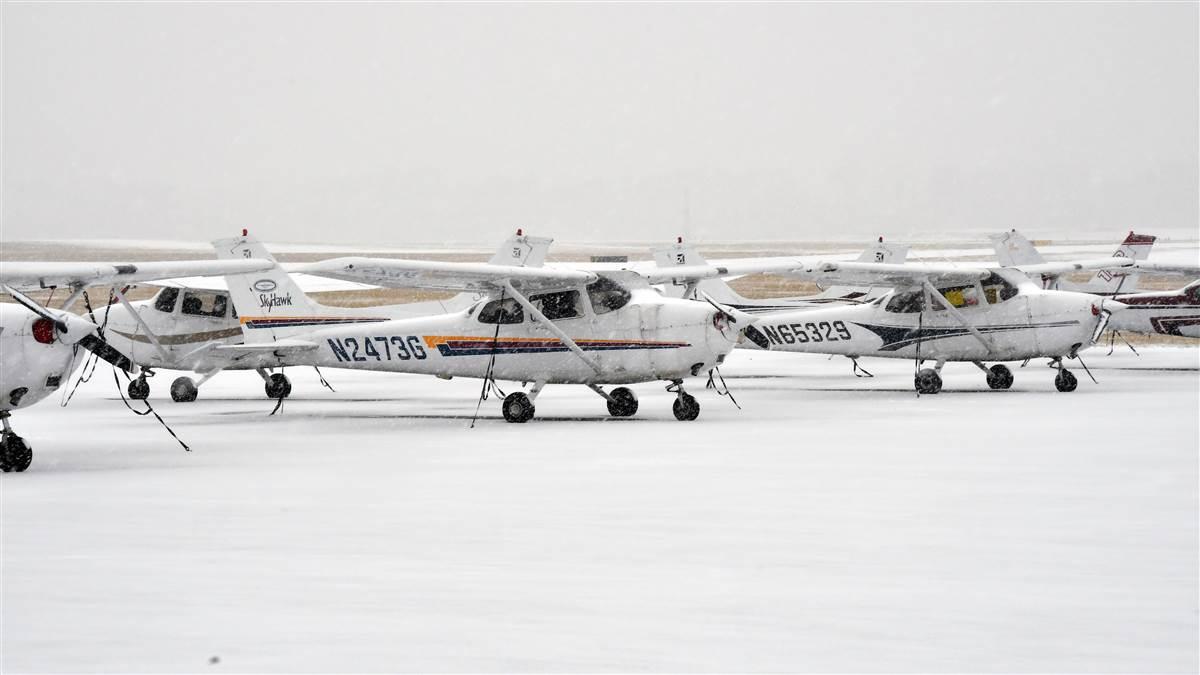 Learn more about precipitation and icing in this Safety Advisor: airsafetyinstitute.org/safetyadvisors/precipandicing

Brought to you by Sirius XM Aviation.

When we fly, the safest option isn’t always crystal clear. To help you make safer, more informed decisions, this new free AOPA Air Safety Institute seminar invites you to participate in two engaging scenarios from PilotWorkshops. Take this opportunity to discuss, compare, and debate the decision options for the flight situations presented in the scenarios.

While the cooler months offer improved aircraft performance and unique snowy views, they can also create some complications in our flying plans. But a subfreezing temperature doesn’t mean you have to abandon the sky—it just requires extra preparation. Here are some (but not all) factors to consider and tips to help keep you safe this season.

Check the freezing level. Even in typically warm and sunny places, the freezing level will get lower in winter. Don’t let it surprise you and remember that any amount of ice on a general aviation aircraft is bad news.

Dress for the worst weather along your route of flight rather than for your destination weather or the capabilities of your cabin heat. And if you fly out of a truly wintry spot, even a short local flight can turn into a survival scenario. You should be mentally and physically prepared (jacket, boots, survival equipment) to spend at least a few hours in the elements every time you fly—just in case.

In winter weather, surviving an airplane crash is only part of the story; a well-executed forced landing can still end in a loss of life from exposure. Depending on how remote of an area you fly in, using a GPS tracker will either be a necessity or a very good idea. With a GPS tracker, which will allow you to call for help in a place where you might not have cell service, you can likely reduce the time between an accident and rescue, and potentially save your own life.

Pay close attention to runway conditions. Is there ice or snow on the runway? How will that change your takeoff and landing performance? And will it affect your wind limit? You don’t want to find out after touchdown whether you have enough space to stop. Give pireps on braking action when you fly to let other pilots know what they’ll encounter.

Don’t forget to take care of your airplane. Be patient and let that oil heat up before you run your engine at high rpm. Be kind to your engine on the ground, too, and keep it well protected when you aren’t flying. If you’re new to a cold place, make sure you’re using an appropriately weighted oil.

Is the weather terrible out? Are you going to be pushing all your limits if you go fly today? Despite all the best laid plans, weather can keep us grounded when we desperately want to be aloft. Remember that getting weathered out isn’t a failure. Use the time you would have flown to refresh old knowledge or fly a simulator if there’s one available.

Winter flying can be a special kind of magic and is worth the extra preparation. But if you can’t stand the cold, remember that spring is only a few months away. 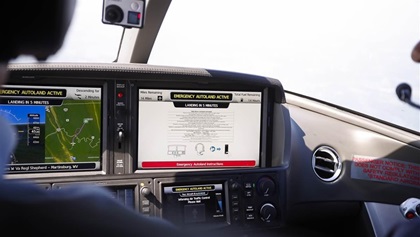 Pilots sound off on Garmin’s Autoland
Some pilots were slow to warm up to airframe parachutes, and the initial reaction to Garmin’s new emergency automatic landing system has been similarly mixed.

Autonomí, as Garmin dubbed its emergency automation, takes over at the push of a button, steers the airplane to the nearest suitable airport squawking 7700, and lands without human intervention (see “Hands Off,” p. 58). Synthesizing and building on Garmin’s Emergency Descent Mode and Electronic Stability Protection, the new system briefs passengers through the multifunction display(s), makes radio calls (announcing location, aircraft type, and intention to land at the chosen airport), times the flare based on available data (radar altimeter and GPS), brings the aircraft to a stop, and shuts down the engine. It is the first system to bring this capability to GA, launching in the Cirrus SF50 Vision Jet and Piper’s M600 turboprop. Importantly, it is designed to be used only in an emergency involving pilot incapacitation.

Comments attached to AOPA’s Facebook post show that some among us remain touchy about handing control to a computer, while others saw the system’s upside.

“I’ve performed many autolands in commercial airliners and cannot imagine why anything other than a corporate jet would need this capability,” wrote Facebook user Mark Danielson. “If this technology is considered necessary for a catastrophic event, then we must be ready for drones to take over piloting. (And yes, the captain’s hands always ride the controls on any airliner autoland approach in the event of a go-around or malfunction.)”

Others, like Facebook user Matthew Fox, took a different view, noting that untrained passengers stand little chance of landing safely on their own. “So why not embrace this amazing technology and save your family and friends lives if or when the time comes it could be used! I can’t believe people are against this capability,” Fox posted. 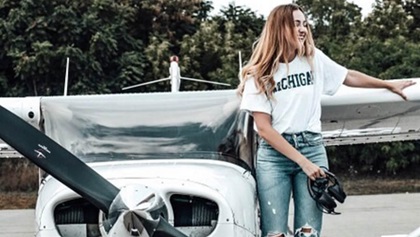 Post of the month
#AOPAPilotStories: “My name is Stevie (@bayflight)! I’m an instrument-rated private pilot and a senior majoring in computer science at The University of Michigan...” 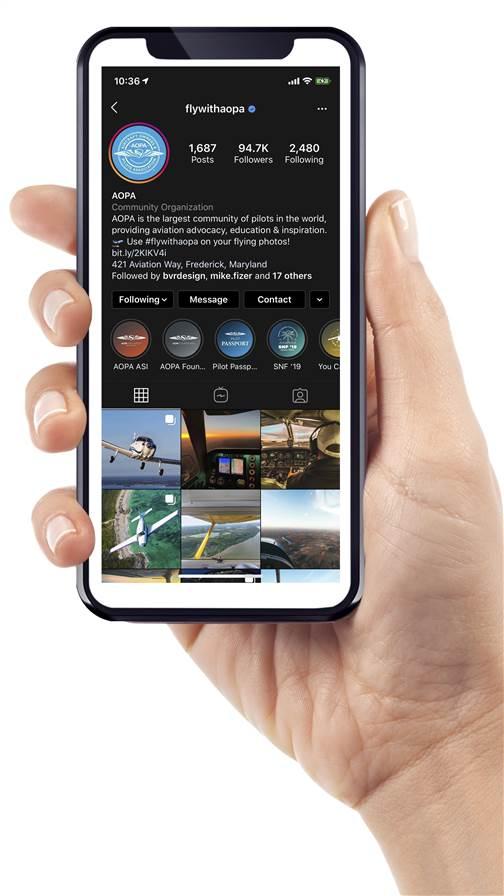 If your cellphone is stolen or needs repair, the AOPA World Mastercard can help.

Simply pay your cellphone bill with your AOPA World Mastercard to activate coverage.

There is a growing social, moral, and medicolegal debate about the therapeutic benefits of cannabis and cannabis byproducts now in the marketplace. Cannabis has been used medically since ancient times. It was introduced to the western world as cannabis indica in 1839 and promoted as an analgesic and muscle relaxant. It gained favor in the late nineteenth and early twentieth centuries.

In 1930, the federal government determined that marijuana was a menace to society, associated with psychosis, addiction, and violent crime. The Marijuana Tax Act in 1937 criminalized possession or sale of cannabis. When the Controlled Substance Act was enacted in 1970, cannabis became and remains a Schedule 1 drug, defined as having “high potential for abuse, no currently accepted medical use in the U.S., and has a lack of accepted safety for use of the drug under medical supervision.”

The FDA has approved three cannabinoids for medicinal purposes. Dronabinol (Marinol) and Nabilone (Cesamet) treat nausea and vomiting that are common side effects of chemotherapy. Epidiolex is the only FDA-approved purified cannabis-derived cannabidiol (CBD) for some forms of seizure disorders.

CBD was removed from the list of controlled substances under the Farm Bill legislation in 2018. There is currently no quality control or dosage standardization for CBD, so purity and active ingredients, such as the levels of tetrahydrocannabinol (THC—the psychoactive “high”-inducing chemical in cannabis) cannot be assured.

Use of any cannabis products, including CBD products or medical marijuana, is prohibited for all classes of FAA medical certification. Despite the actions of many states to decriminalize or legalize recreational and medical marijuana, the use is illegal under federal statutes. So, the moral of the story is “don’t fly when you’re high!”

Q: Hi Adam, I’m the owner of a 1977 Beechcraft Baron B55. My local flight school is interested in purchasing it but is unable to finance. Any ideas on how to structure a sale?

A: If the flight school is unable to secure financing through a Small Business Association loan or other means, seller financing might be an option. With AOPA’s Pilot Protection Services added to your membership you will have access to consultation with one of our panel attorneys. They would be able to help set up the appropriate contracts to facilitate the sale.

What’s so great about the FAA?

Often, the FAA gets a bad rap, but it provides a lot of value. For instance, did you know that you can get every FAA flight training handbook for free on faa.gov? The same is true for airman certification and practical test standards. The Aeronautical Chart User’s Guide will tell you what every oddball symbol is for any section or instrument approach plate. And the goodies aren’t just limited to digital products. The FAA offers some cool services as well.

Is something published on an instrument approach confusing? Ask the office that develops and publishes them through the Instrument Flight Procedures Gateway (faa.gov/air_traffic/flight_info/aeronav/procedures). If you fly off to a destination vacation and your wallet with pilot certificate somehow ends up at the bottom of the ocean, not only can you use the Airman Online Services portal to order a replacement plastic card, you also can request a temporary authority to exercise certificate privileges. A few minutes later the FAA will email you a PDF recognizing your certificates and give you the authority to fly.

Are you having trouble getting in touch with the FAA about a medical issue? Regional flight surgeons have the same systems as the FAA, but usually more of an ability to talk with you. So, while you may not be able to twist anyone’s arm, you can at least get an update on your status.

The next time you wonder what on Earth it is that the FAA is doing for general aviation, you don’t have to scratch your head. Feel free to give AOPA a call at 800-872-2672 and find out more about the products and services available to you for free from the FAA.AOPA

Jon Gandy is an aviation technical specialist at AOPA.