Get the app Get the app
Already a member? Please login below for an enhanced experience. Not a member? Join today
News & Videos Helicopter Guru: Tim Tucker

Tim Tucker knows more about the Robinson R22, R44, and R66 than you do. In fact, as Robinson’s chief flight instructor and creator of the Robinson Pilot Safety Course, he probably knows more than anyone in the world about how to fly Robinson helicopters safely. 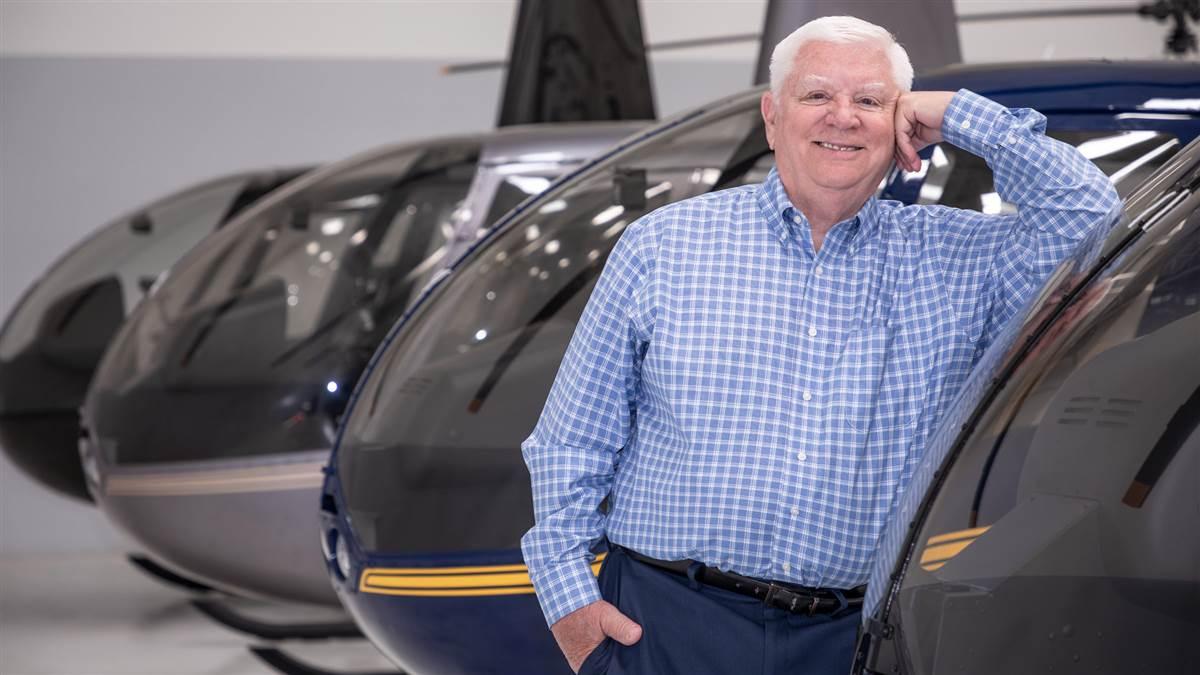 Extra | Tucker has excelled in his military and civilian careers. In addition to his work for Robinson he has been a designated pilot examiner since 1983, and has administered more than 8,000 flight tests. As a pilot for the U.S. Army he was awarded the Silver Star and Distinguished Flying Cross.

Like many of his generation, Tucker learned to fly helicopters in the U.S. Army and honed his skills in Vietnam. At the time the army used multiple training helicopters, and Tucker was assigned to learn in the TH–55 Osage, a military version of the Hughes 269. After training, he was assigned the venerable UH–1, which despite decades of experience with the Robinson models remains his favorite ship. “There’s no question the army UH–1 has a place in my heart I can’t replace. It’s always gotten me home,” he said.

After reading about Frank Robinson’s work in the Los Angeles Times early in the R22’s development, Tucker saw the potential for the helicopter in his flight school. He purchased serial number 3, the first production ship, and put it on the flight line to great excitement. Soon the school was operating 10 R22s and doing a booming business, in part because the Robinson was priced at a third of other models.

After his flight school partners wanted out, Tucker sought to continue his training role at the Robinson factory, and soon into his tenure developed the esteemed Robinson Pilot Safety Course. The course began as a way to train instructors how to teach in the R22. “We felt that make and model experience was one of the most important attributes of a flight instructor
in helicopters, especially in a small helicopter like the R22,” he said. “For the first 10 years it was just for flight instructors.” Today the course
is offered for owners and all Robinson pilots.

Tucker has taught the course in more than 30 countries, and on six continents, in places predictable, such as Australia with its thriving R22 market, and as surprising as Rwanda. He has 17 foreign certificates, and continues to do hands-on instruction and flight tests in the Robinson line today.