Get the app Get the app
News & Media Technique: Ahead of the game

Technique: Ahead of the game

By James Rush Manley
The experienced pilot carefully preflights her Cessna 182. She confirms all required documents and navigation information aboard. She listens to AWOS and performs a complete run-up. Everything looks good, so she checks for conflicting traffic. Seeing none, she moves over the runway centerline and advances the throttle. In a few moments, the airspeed needle reaches 50 knots. She applies gentle back-pressure and lifts off, enjoying the smooth transition from ground to air. 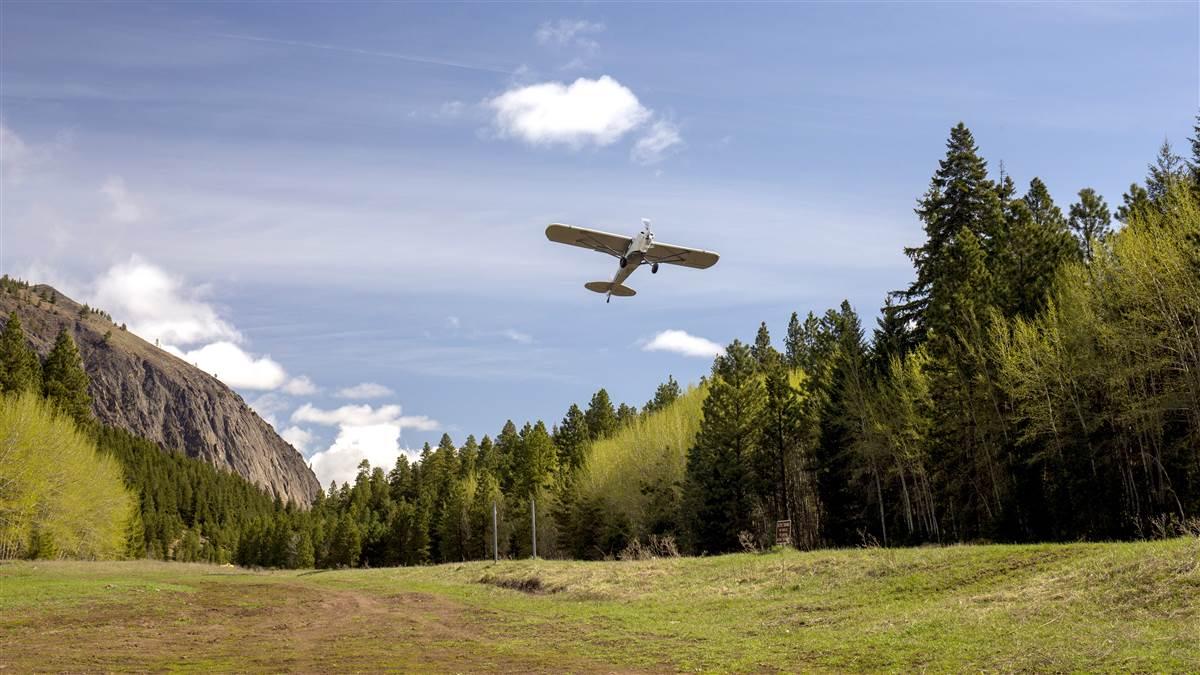 (Some of these vary depending upon engine horsepower and braking effectiveness. Test your airplane’s actual performance and always build a buffer into numbers listed in the pilot’s operating handbook.)

Measure climb angle needed from liftoff point, not the start of the takeoff roll.

Example: From the strip’s calculated liftoff point it’s obvious there’s no way around the tree-covered hill off the end. The only option is to fly over it. The pilot estimates a required climb angle of 4 degrees to clear the tallest trees. Then, with an E6B, he places 640 fpm over his ground speed of 60 knots. Reading above the constant of 0.57, he sees his aircraft will climb at an angle of 6 degrees. 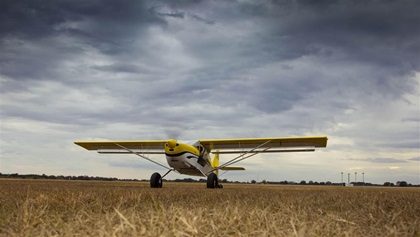 Practice scouting the area around regularly used fields. While a pilot can’t change those environments, he or she can be ready to take full advantage of all the available options.

But what if everything doesn’t go as planned?

Safe flight demands preparation of standard, responsible adult stuff including regulations, weight and balance, notams, weather, aircraft preflight, and run-up. But, human nature has a lazy streak. It’s easy when departing Big Town Municipal’s 5,500-foot runway for the 517th time to check the wind before choosing a departure runway, then just push in the throttle and go. But, can that pilot look down a mile of pavement and point out to a nervous passenger where, exactly, the wheels will leave the ground?

Calculate the predicted ground roll from the aircraft pilot’s operating handbook for a practice day’s wind, density altitude, and aircraft weight. Then, locate that point on the runway, or on the airport plan view. Note an object, runway stripe, or bush nearby. Next, try some takeoffs. Each time, estimate the lift-off point from the cockpit. The goal is to eventually learn how to predict where the wheels will leave the ground from any runway, at any weight, in any wind.

The single-engine takeoff abort point is where the pilot can chop the power to idle, apply maximum braking, and then stop on the prepared surface. It allows the pilot to discontinue the takeoff, taxi back, and investigate without damaging the airplane or hurting its occupants. It costs nothing but time.

Professional pilots are primed to abort if anything doesn’t look right, feel right, smell right, or sound right. Engine failure is the obvious motive, but many other events can, and should, trigger the same action: low power, strange noise, oil on the windshield, not reaching target airspeed, flaps not set, trim not set, grass too high, surface too soft, parking brake left on, cargo or cabin door pops open.

Executing a successful takeoff abort is a maximum performance maneuver. When reaching the abort point the pilot must decide to continue or stop. No waffling.

3. Can the obstacles be cleared?

For many pilots, obstacle clearance remains an academic concept. They grow accustomed to the margins built into a robust civil aviation environment. But operating from a more limited backcountry or private strip, theory can quickly morph into hard reality. Their own unrealized assumptions, along with the airstrip’s unnoticed details, can make the difference between a fun day and seriously scratching the paint.

Let’s say the aircraft has passed the abort point, the pilot has called out “continue,” and the airplane has reached 200 to 300 feet agl. Suddenly the engine quits. That’s not the time to calculate VG. It should be done before initial engine start and committed to memory. Attaining and holding that speed can make the crucial difference between reaching a good site or landing short.

Practice scouting the area around regularly used fields. Some will have many options, others a few, and some none. While a pilot can’t change those environments, he or she can be ready to take full advantage of all the available options.

Unfamiliar airports, such as a fuel stop on a long cross-country, present a bigger challenge. If arriving VFR, scout the area while in the pattern. If IFR conditions or traffic prevent that, ask at a local FBO or flight school.

5. What’s the first heading and altitude?

The pilot took off in a Beech Debonair from a busy Southern California coastal airport with a special VFR clearance to VFR conditions. As he scooted along at 600 feet agl under a misty cloud deck, looking for traffic, avoiding other Class D airspace, while also searching for the VFR area, he realized he’d forgotten to set up the VOR. In fact, he didn’t even know the heading, other than generally northeast. Some anxious head-down chart searching when he should’ve been head-up looking outside resolved the dilemma. No near misses or probing ATC calls resulted, but he felt like a fool and a dangerous one at that.

The professional pilot always notes on the nav log, or flight management system, his or her first heading and altitude. Departing with an IFR clearance corrals that information into one accessible place. The VFR departure, on the other hand, requires a higher level of cockpit discipline.

If these five questions are not already part of a pilot’s routine, answering them initially will require work—calculations, time, money, and practice. But the perception, skill, and judgment honed in practice will soon become habit. Five or 10 minutes of thought before each departure will help him or her outsmart lurking surprises. 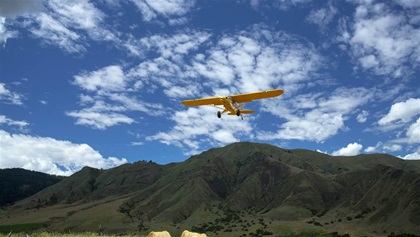 Exercise 1:
On a slow day at a long, level, nontowered runway, pick an abort point. Be sure to leave plenty of stopping room. Start the takeoff and, upon reaching the abort point, chop the power and apply maximum braking without skidding the tires (taildragger pilots should balance hard braking with appropriate tail-down force to prevent a nose-over). Note the locations of both the abort point and where the airplane stopped. When it’s safe, compare those positions with the takeoff roll starting point.

Exercise 2:
To train for proactive decision making, start a takeoff roll. Then, when reaching the abort point, say out loud, “continue” or “abort” and perform that action. For variation, try it with an instructor onboard. Have him or her call out either action in random order.

James Rush Manley is a freelance writer and pilot based in Meridian, Idaho, with more than 7,000 hours, including operating Cessna 185s and Cessna 206s in the Amazon jungle and Andes Mountains.