Get the app Get the app
AOPA will be closed on Monday, February 17, 2020, in observance of Presidents' Day.
Already a member? Please login below for an enhanced experience. Not a member? Join today
News & Videos Fly fast, fly slow

A corporate pilot stays true to his dreams

Is Dewey Davenport more passionate about his jet-pilot career or his barnstorming career? Answer: yes. 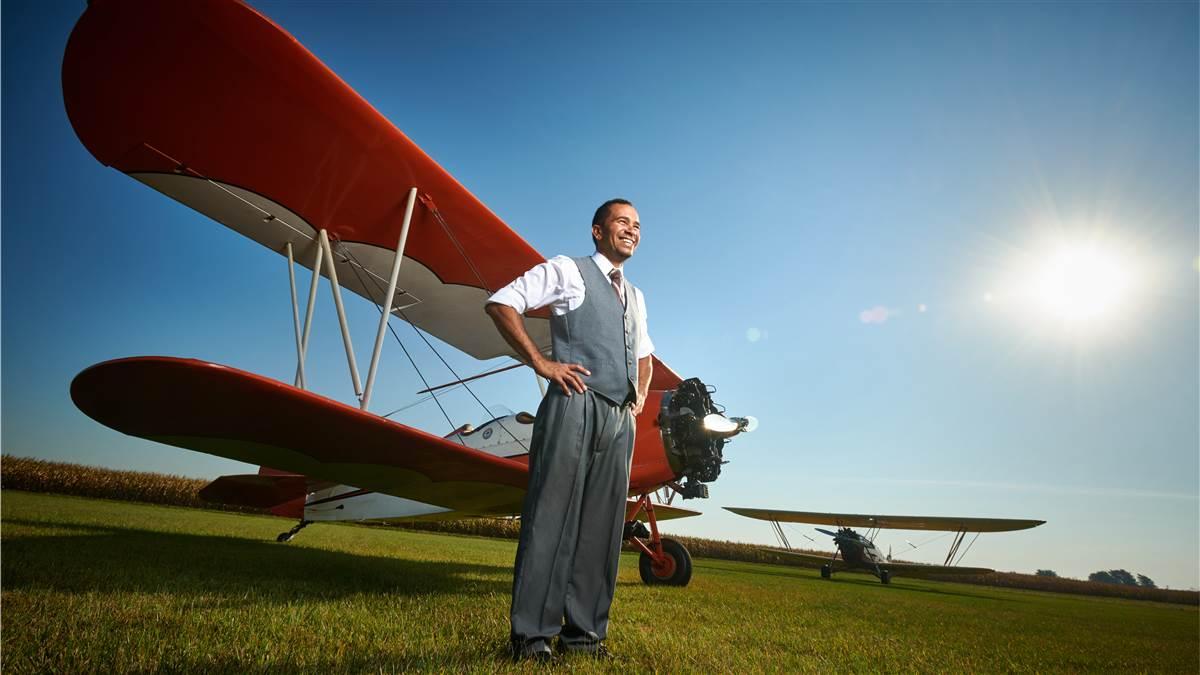 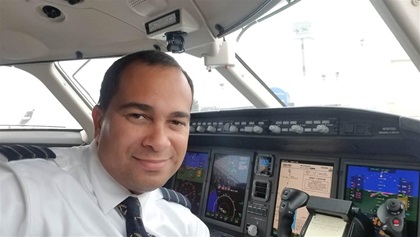 ‘It’s a Barnstormers Life’ brings biplanes to YouTube
Davenport makes videos for his YouTube channel to let others know about life as a corporate pilot and aviator. He got advice on YouTube skills from Peter Sripol, who achieved fame by using his model airplane bona fides to make a flyable foam-and-wood biplane. Davenport also uses Facebook, Instagram, and Twitter to share his love of aviation. He considers the web an inexpensive way to market his biplanes and to allow viewers to experience the ride without taking it. “It makes people crave it even more,” Davenport said. Fellow barnstormers made fun of his social media campaign until they noticed he was mentioned in Air & Space magazine, General Aviation News, and Inc. magazine.

Somehow, Davenport finds a way to fit both into his life, even if it is a tight fit. Davenport is able to lead a double life because of a generous schedule at his bread-and-butter job as a pilot for NetJets. He works every other week and, after 10 years with the company, gets four 21-day vacations a year. Combined with his off week, that means his last vacation began in August and ended in October.

Ohio-based Davenport, 43, had a fascination with airplanes as a kid, building plastic models at age 7. He moved to rubber-band-powered models that supercharged his interest. When he was 10 his parents bought him a remote-control aircraft to build. That led to contests—a world competition in Ireland, to be exact—using model jets performing aerobatics. He was even co-organizer of the Jet World Masters competition when it came to the National Museum of the U.S. Air Force in 2011.

His parents told him he could not fly or ride in airplanes until he was 18 because of their safety concerns. At 18, his father said, he would be considered an adult and could make his own decisions.

The father of Davenport’s best friend at Greeneview High School in Jamestown, Ohio, had a grass strip in the backyard. Davenport became a frequent visitor. He began attending nearby fly-ins, but was driven to each one by his parents. He was desperate to fly.

“When I was 18, it was full bore,” he recalled. He took his first lesson on senior skip day, a day off in celebration of the coming graduation.

At 19 things got busy. He got his real estate license, worked at McDonald’s, and attended community college. There was little time for flying, and Davenport told his parents he wanted to change that. They sent him to Red Stewart Airfield at Waynesville, Ohio, where he started out in a Piper Cub and finished his private certificate in a Cessna 150. He later attended a now-closed flight school at Clinton County Airport near Wilmington, Ohio, where he earned his instrument, commercial, and multiengine certificates. The job at McDonald’s was replaced by one pumping gas and washing airplanes at the airport; real estate work continued.

Once the ink dried on the commercial certificate, Davenport took his 250 hours total flight time to apply for a job. At age 20 he went to Skydive Greene County near Xenia, Ohio, where he flew Beech 18 aircraft. By that time he had stopped his studies at the community college but continued to pump gas on the flight line at Dayton-Wright Brothers Airport near Dayton, Ohio. He worked as a lineman in the winter and flew skydivers in the summer for four seasons. During that time he got type-rated in the Casa C–212 Aviocar and flew de Havilland Canada Twin Otters. That added a few thousand hours to his logbook.

With that experience he joined USA Jet Airlines, a cargo airline, where he began flying the Dassault Falcon 20 at age 25. For 10 years he mostly flew freight and added a McDonnell Douglas DC–9 rating for cargo and passenger flights. He found himself a DC–9 captain for a short period before winning a job at NetJets in January 2008, where he continues to work.

He and many other pilots were furloughed in 2010, leading to yet another adventure: government contract work in Iraq and Afghanistan. He flew Predator drones for two years followed by reconnaissance flights in a Beechcraft Super King Air 350 for the U.S. military.

A friend crashed in January 2014, leading Davenport to quit the program. “At that point I was pretty much done after 10 deployments for the government and a lot of being gone from home, and stress,” he said.

In May 2014 he began offering rides at airshows and festivals. Near the end of 2014 NetJets called nearly all its pilots back. He returned to fly the Cessna Citation Excel. In May 2017 he began training in the Bombardier Challenger 350, which he continues to fly as a first officer.

He has added a 1930 New Standard D–25 to his fleet and offers rides at his Goodfolk and O’Tymes Biplane Rides based near Xenia, Ohio. Davenport said he believes there are only eight New Standards flying today. The most recent FAA records show six of those were registered in the United States in 2017.

“It’s a blessing to be able to have an aircraft that rare,” Davenport said. “It’s been a therapy that’s hard to explain. You can’t really explain the experience you get by taking people for rides.” He flew 1,400 people in 2017 in the New Standard alone.

“A lot of people are just shocked that I’m able to continue doing what I’m doing. This past weekend I flew 180 people,” he said in September 2018. One time he barnstormed three different locations—two of them in Indiana. “It doesn’t have the aura that it had probably in the ’20s, but still, the people that take these rides still have that excitement that people had back then,” he said.

“Being a real barnstormer is something I’ve wanted to do since I was a kid. I told my parents when I was in high school, ‘I want to own a biplane, have my own grass strip, and I want to give rides.’ I’m doing that.”

There were trade-offs to reach his goals.

“I’ve sacrificed a lot. I don’t have kids. I’m not married. I left home for four and a half years and worked in a combat zone. To make it work, it takes a lot of love…passion.”

His biplanes are based at Jamestown, Ohio, at Dewey Airport. One day he will build a house there and have a grass runway in his backyard—just as his friend’s father did when he was a kid. “We’ll call it the Deweydrome,” he said.