Get the app Get the app
Get the latest news on coronavirus impacts on general aviation, including what AOPA is doing to protect GA, event cancellations, advice for pilots to protect themselves, and more. Read More
Already a member? Please login below for an enhanced experience. Not a member? Join today
News & Media Training Tip: An overheated discussion
Sponsored by Aircraft Spruce

When the temperature soared into the mid-90s Fahrenheit in the vicinity of a Maine airport during a record-breaking June hot spell, the density altitude at the 200-foot-elevation field worked out to almost 3,000 feet. What did those conditions mean to pilots flying from that airport? 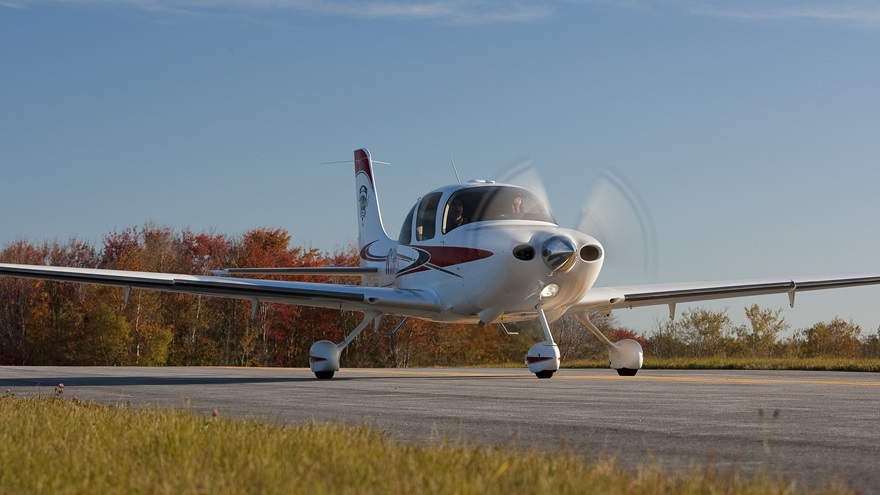 Photo by Chris Rose.
One answer is that the power production of an air-breathing engine with no turbocharging was significantly reduced, making it critical to fly recommended airspeeds for maximum performance and allow plenty of vertical margin for outclimbing terrain and obstacles. They should expect the climb to cruise altitude to take longer—a demanding flight profile but not the whole story of hot-weather operations.

Although that brand of flying demands near-undivided attention, at the same time, another important flight parameter requires watching: engine temperature.

Overheating your engine can cause power loss, excess oil consumption, and damaging detonation. A wide range of causes can bring on the problem, from engine and fuel system mismanagement—suggesting that it’s time for a pilot’s operating handbook review—to fixation, or poor use of checklists.

A private pilot applicant is expected to demonstrate knowledge of elements related to performance and limitations.

Several scenarios that occur in routine flying are setups for engine overheating. Fortunately, they can be avoided with better preflight planning and keen in-flight situational awareness.