The coronavirus pandemic has shaken up the aviation industry in ways no one could have forecast a few months ago. While other segments struggled, elements of business aviation have recovered “smartly,” according to one industry observer, and a trade group launched an initiative to keep the momentum going for aircraft operators and job seekers. 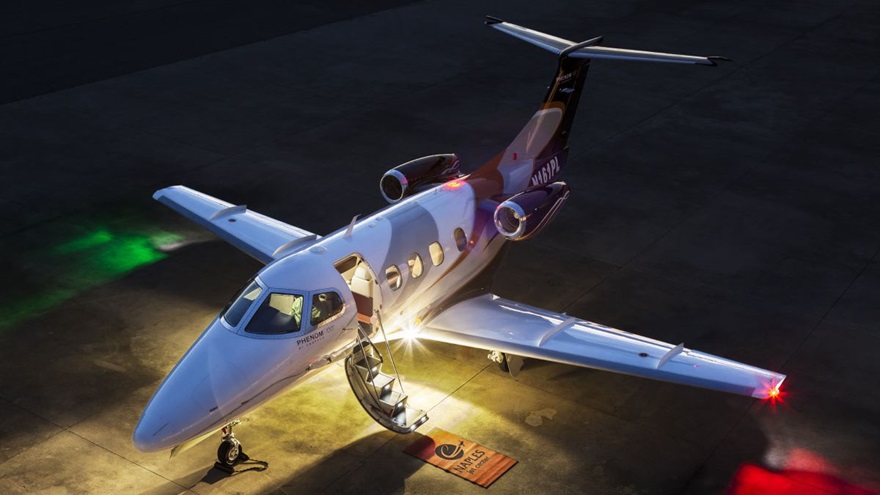 Numbers tell the story, said aviation consultant Brian Foley. In a July 6 news release, he pointed to FlightAware statistics for the third week of June indicating that “the number of private flights were off just 17 percent compared to the same period last year, whereas airlines were still down a pummeling 69 percent.” He added that on June 20, “bizjet travel was 2.5 percent above the same day last year.”

Charter operators reported brisk business with more than half of their sales accounted for by first-time customers, he said, adding that “private flying suddenly seems to be a hot commodity” that was keeping many business jets active that might otherwise have gone on the market.

By at least one measurement, demand for business aircraft seemed to be stabilizing as some pandemic-related concerns appeared to ease. The International Aircraft Dealers Association announced after a June webinar that “the end of the travel restrictions, the end of the lockdowns, it's all had the positive effect that we all hoped for.” The group’s chairman, Paul Kirby, acknowledged that some “thoughtful, strategic price reductions” had figured in recent transactions, but they “haven't been completely out of whack and haven't cratered any one specific market.”

Noting the “resiliency” of business aviation players, the National Business Aviation Association on July 7 announced a new initiative to help idled companies and individuals get back in the game. NBAA’s “BizAv Back to Work” effort “is the association’s expanded, targeted effort to help members and the overall business aviation industry reopen and get back in the air after the devastating effects of the COVID-19 pandemic,” the organization said.

“Business aviation is a forward-looking industry, characterized by an innovative spirit and boundless opportunities,” said NBAA President Ed Bolen. “Although COVID-19 has produced daunting challenges for our community, it is clear the people and companies in it are resilient, and ready to get back to work. This new initiative will put the resources in people’s hands to help employers find dedicated professionals, and help qualified individuals start or resume a business aviation career as quickly as possible.”

Under Bizav back to Work, NBAA-member companies will receive free 30- or 60-day postings on the NBAA jobs board, Business Aviation Jobs, through August 31. A regularly updated listing of positions “will also appear in the NBAA Insider Daily news service and biweekly ”Job Flash’ reports.”

Job seekers can submit their résumés (following NBAA review) to a searchable résumé bank on the jobs board at no cost.

Tips and tools for those seeking employment or wanting to be “their best selves in their current position” are in development for dissemination across media channels including the NBAA News Hour webinar series, the NBAA Flight Plan podcast, and Business Aviation Insider magazine.

Manufacturing? Not so much.

With many economic uncertainties still tied to the pandemic—and with charter and fractionally owned aircraft mostly underutilized—Foley, principal of the Brian Foley Associates consultancy and the investor research enterprise AvStrategies, doesn’t think business aviation’s uptrend is likely to translate to a surge of new aircraft production.

“Instead, and rather counter-intuitively, business jet makers have been laying off workers,” he wrote. “Not just a few here and there, but by the thousands.”

He noted that although Textron Aviation increased jet deliveries in 2019, its recent announcement of 250 job cuts with more possibly coming to the parent of Cessna and Beechcraft highlighted a “juxtaposition of layoffs despite activity.”

His explanation: “Manufacturers often build and stockpile new model entrants even before they’re certified by authorities, resulting in a big slug of initial deliveries to early customers.2019 saw a spike in the approval of several new models, which opened up these one-time floodgates.”

Even if the current spike in charter flying were to outlast the pandemic, it might not spur production, he said, because many operators “borrow the aircraft from the real owners who want to make their jet available to others when they’re not using it to earn extra income.”

Once what he describes as “the public travel hysteria” ends and passengers resume flying airlines, the size of the business aircraft fleet will depend on whether new charter customers “stick around” after a vaccine is available for COVID-19, he said.

Dan Namowitz has been writing for AOPA in a variety of capacities since 1991. He has been a flight instructor since 1990 and is a 35-year AOPA member.
Go to Dan Namowitz's Profile
Topics: COVID19, Financial, National Business Aviation Association