Get the app Get the app
Already a member? Please login below for an enhanced experience. Not a member? Join today
News & Media Getting to know Jerome Stanislaus

Getting to know Jerome Stanislaus

Jerome Stanislaus is not your typical general aviation pilot. From the tattoos that share a story about his love of flying to his passion for jumping out of perfectly good airplanes, Stanislaus exudes a passion for aviation—sometimes more than your average pilot. 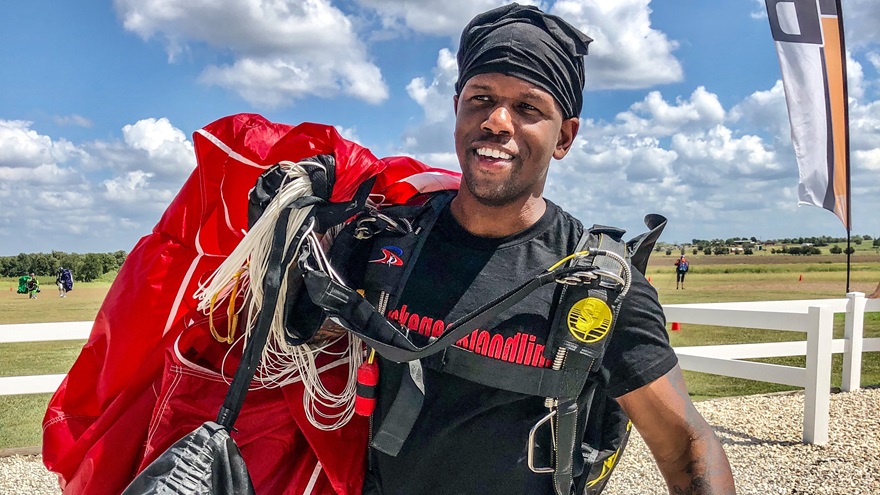 According to the U.S. Bureau of Labor Statistics, fewer than 3 percent of employed pilots and flight engineers are Black, and Stanislaus is dedicated to improving the lack of diversity throughout aviation.

Not only is Stanislaus a pilot, he’s a former elementary school teacher, former sergeant and satellite operator for the U.S. Marine Corps, and currently serving in the U.S. Air Force Reserve training to be a flight engineer on a Lockheed C–5 Galaxy. He also enjoys skydiving and is writing an aviation-themed children’s book coming out in July. To say he’s a go-getter would be an understatement.

If you follow Stanislaus on social media, you’ll get a peek into his adventurous life through amazing photography and videos. You might also be hard pressed to figure out when he sleeps and what part of the country he’s currently in because he’s always up to something—whether it’s flying, skydiving, working, or writing.

But, at his core, Stanislaus has his sights set on empowering the next generation of pilots.

If you haven’t heard his name before, you might recognize his face from the viral news coverage he received about giving free discovery flights to children—often from minority and underprivileged backgrounds. He’s currently stationed at Westover Air Reserve Base in Chicopee, Massachusetts, and still busier than ever—spreading his love of aviation wherever he goes.

AOPA caught up with Stanislaus to find out what he’s currently up to, why he’s so passionate about sharing his love of aviation and skydiving, his thoughts about being a Black pilot in today’s society, and his plans to continue inspiring the next generation of Black and female pilots. 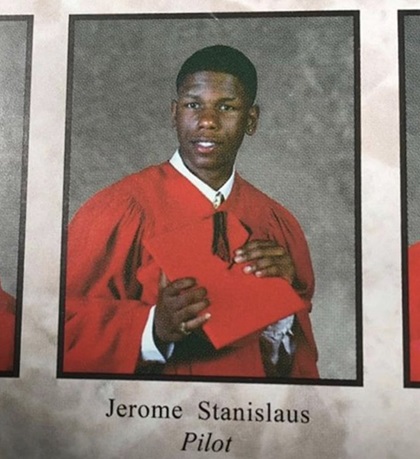 I was very young. My dad would recall moments that stood out. One of his favorite stories was about a family vacation to St. Lucia. I was three years old, and as the plane began to lift off the ground, I yelled, “Wow, this is magnificent,” and the surrounding passengers turned to see who this toddler was using the word ‘magnificent.’ I also remember being in elementary school and completely enamored with driving past the airport and catching a glimpse of the tails from the highway. As I got older, I would study the way birds used their wings and later came to understand the mechanics behind engines, ailerons, and rudders.

2. What is your favorite thing about aviation?

Freedom. Freedom to wake up in one state, get in a plane, and go to bed in another state. The freedom to have lunch somewhere that may have taken three or four hours to drive, but only takes an hour to fly.

My ultimate goal is to be in a position to help as many people as I can on their journey to fulfill their aviation-related goals. More specifically, I’d like to buy an airplane, get my CFI/CFII ratings and start a flight school. I’d also like to be able to sponsor young student pilots that are looking to get into aviation. I’d like to help them earn their PPL for free or as close to free as possible.

4. What inspired you to write a children’s book?

A few reasons. Before I was on active orders for the Air Force, I was an elementary school teacher at an all-girls charter school in Brooklyn. I spent most of my days surrounded by kindergarten through fourth-grade students. I would ask them what they wanted to be when they grew up, and there was an overwhelming number of girls who wanted to be police officers, firefighters, beauticians, etc. Although these careers are important, I thought there should be some diversity in their answers. But I realized these were the only types of professions that they knew about—it was what seemed realistic. The book, which is titled, My Mom Is So Fly, was my way of helping introduce otherwise unrealistic career paths to my students. It’s the first of many that I plan to write. I also wanted to use the money generated from the sales to offset the financial burden of some of the philanthropic work I was doing. I started a GoFundMe page, and now GoFundMe has made a donation and is helping me raise more awareness for my cause. The ultimate reason I put pen to paper is because I truly believe it was something God put in my heart to do. 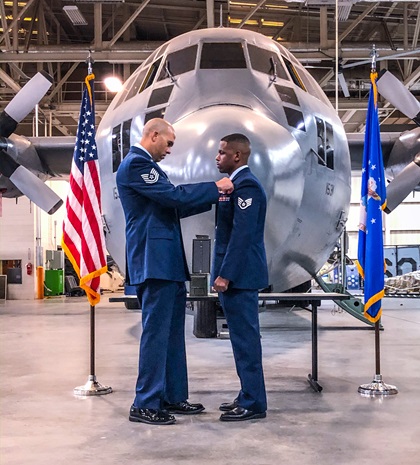 5. What are your thoughts on diversity in aviation?

I believe there are efforts being made to improve the disparity between the majority and the minority, both racially and gender-wise. However, there is a lot of room for improvement. I believe representation is an integral part of the solution to this problem.

6. What are your thoughts on, and have you experienced racism in aviation?

I think as greater changes begin to happen and diversity becomes significantly more evident, there will be some people who won’t be happy about the change. They would like to go back to the “good old days.” I hope that I am 100 percent wrong, but I’ll focus my attention on those who embrace the change and make efforts to help effect that change.

I’ve experienced microaggressions, nothing that I could not handle. Last year at my home airport (Republic Airport – KFRG) while setting up for an interview with ABC News, I was told that I did not belong on a particular side of the airport by the customer service representative of a flight school. She tried to prevent me from accessing the ramp. I ended up calling airport operations so they could let her know I was allowed in whatever area my airport badge granted me access.

Another time I was told by another customer service representative at an FBO in Texas that they were going to wait for the pilot to come before conveying the fuel and parking needs. I had to let her know that I was the pilot.

7. What is your favorite memory that involves aviation?

In eighth grade, I spent the weekend with my mom building a replica of the Wright Flyer from sheets of balsa wood for a school project. My teacher was really impressed by the detail and gave me an A! 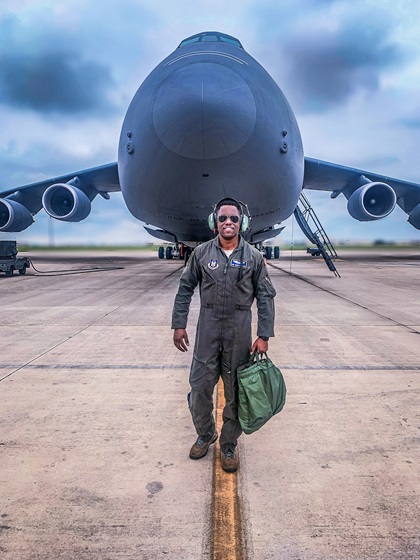 8. What other hobbies do you enjoy?

SKYDIVING! I think I may enjoy it more than an actual plane. I also enjoy roller skating, motorcycles, and just about anything involving adventure.

9. Can you explain the @tuskgeebloodline handle?

My handle, Tuskegeebloodline, came about as I was transitioning from a photography themed Instagram to be more centered around aviation. From the beginning, my vision for the page was to inspire others through my own life and journey. I have a great deal of respect and admiration for the Tuskegee Airmen. I truly believe that their achievements during WWII were a huge contributor to the opportunities that I have as an aviator today. Essentially, myself and every other Black pilot are descendants of the Tuskegee Airmen. We would not be here without them.

10. What are your thoughts on the aviation and pilot community on social media?

I absolutely love the pilot community on social media. It has given me the opportunity to meet some truly amazing people who I consider friends; some of which I would consider family. It has also given me a platform to help fulfill what I believe is my purpose, to inspire and connect through aviation. One of my goals is to fly with as many people from my ‘Insta Family’ as possible. I have also noticed and appreciate efforts to help share the message and the voices of minority pilots. I will say that I wish there was more diversity on the bigger aviation pages. So many Black pilots follow these pages, but don’t really feel part of the community. It forces us to have to create our own pages like @aviatorsofcolor or @aviatrixofcolor just to be seen.

I would say at this moment, knowing that there are people looking to me for inspiration. I do my best to remain as positive and uplifting as possible. 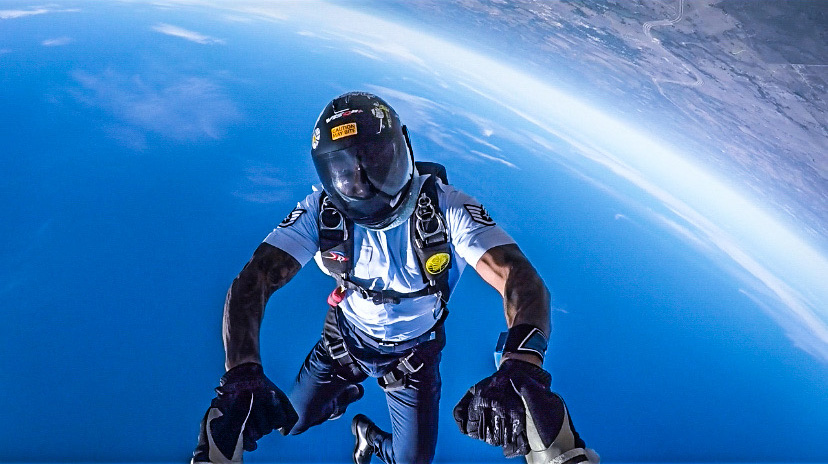 Senior Manager of Media Relations and Public Affairs
AOPA Senior Manager of Media Relations and Public Affairs, Jennifer Non joined AOPA in 2017. A former traffic reporter turned media relations specialist, and native Washingtonian, she enjoys traveling and is working toward her private pilot certificate. She was recently honored by Ragan Communications and PR Daily with a Top Women in Communications Award, in the Diversity, Equity & Inclusion Champion category and is also a member of the Board of Nominations for the National Aviation Hall of Fame.
Go to Jennifer Non's Profile
Topics: People, Flight Instructor, Student