A system that allows an aircraft to land itself if the pilot becomes incapacitated has been certified for installation in the Daher TBM 940. 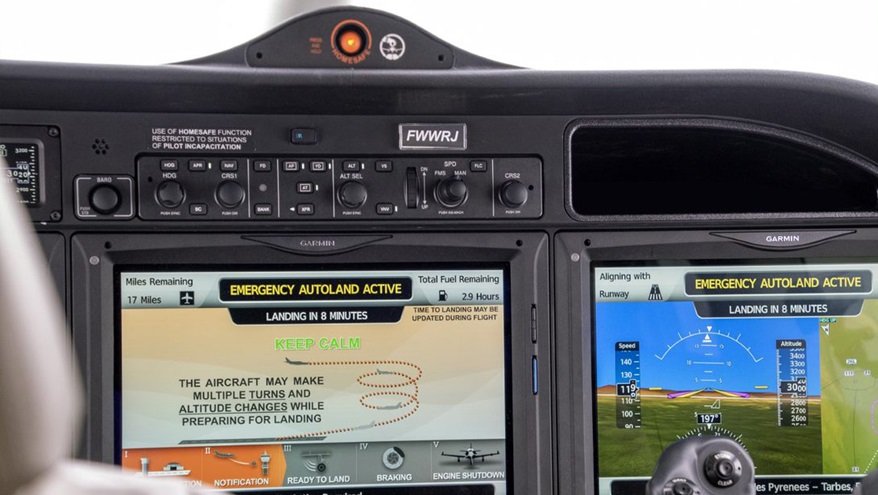 HomeSafe, an emergency autoland system, has been certified for the Daher TBM 940. Photo courtesy of Daher.

Daher said HomeSafe has been approved by the FAA and the European Union Aviation Safety Agency. HomeSafe is “based on Garmin’s Emergency Autoland system—available as a part of the G3000 integrated flight deck—and has been under development for the TBM since 2017 by the airplane systems department at Daher’s Aircraft Division,” the company said.

“This is a game-changing step that expands flight safety from pilots to the passengers themselves, and it comes at a time when the value of life is more important than ever,” said Daher Aircraft Division Senior Vice President Nicolas Chabbert. “Daher’s innovation has taken us to this turning point, and we are committed to providing the highest safety and protection to pilots, their families and passengers. Without a doubt, HomeSafe will become an aviation standard.”

Passengers can activate the system by pressing an orange button located on top of the instrument panel. It can be “semi-automatically” activated if Emergency Descent Mode has been activated. A safety video will play for passengers on the multifunction display, and the aircraft will contact air traffic control and set an emergency squawk code. HomeSafe will select an airport based on weather and terrain information, available fuel, and runway length; land the aircraft; apply brakes; and shut down the engine after touchdown.

AOPA Editor in Chief Tom Haines flew with the Garmin Autoland system in a Piper M600 in 2019. Piper received certification of the system in the M600 in May 2020. Autoland will also be certified on the Cirrus Vision Jet and will be called Safe Return.